Margao to get graveyard within six months

New Delhi: After initially ignoring at least six letters from the Chairperson of the National Commission of Minorities by the Goa chief minister, some positive sign has now emerged on the issue of a Qabristan in Margao, a long standing demand by the Muslims of Goa. 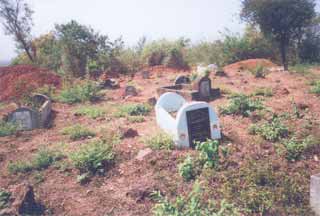 The existing hilly graveyard in Margao


A hearing was held to take stock of the situation on the ground at the National Commission for Minorities here on 25 May. The petitioner Abdul Matin Daud Carol, general secretary, Madrasa Raza-e-Mustafa, Masjid Goasiya and respondent S. Kumaraswamy, Secretary (Urban Development), State government of Goa, and G.P. Naik, District Collector, South Goa, were present on behalf of Sanjay K Srivastav, chief secretary, State government of Goa. Based on the records submitted by the petitioner and respondents, the Commission expressed unhappiness over Goa state government’s discriminatory approach towards Muslims by deliberately ignoring their demand for an appropriate burial ground. The Commission directed the state government to provide all available records as and when demanded by the petitioner. The Commission has also asked the Goa government to start acquisition of land for the purpose on priority basis. Acquiring and allotting suitable land for Qabristan must be completed within six months by any means, the commission said in its order. In this regard the state government will have to submit a report of action taken and progress made in this direction by the 25th day of every month till it is completed. And if the progress card is not received by the 25th of every month then the chief secretary of Goa government will be required to be present before the Commission the very next week to explain the reasons behind it.

This time it is believed that something concrete on the ground may be achieved if the assurance given by the respondent to the Commission to comply with the directions are an indication.