A leading economist, journalist, writer and poet of Urdu Saeed Suhrawardy, died at his residence in Delhi last evening, March 9.  He was 85 years old. He was a dedicated writer and journalist who has left a mark on Muslim journalism in India and has taken special interest in Indian Muslim economy, has been associated with The Milli Gazette from the very beginning writing his Periscope column. But had to stop due to poor health in July 2004. Now his daughter Nilofar Suhrawardy writes for us. He was not well for a long time. We pray Allah grant him heaven

He will be buried today (10 March) in Delhi at Qabristan Mehdian (near Maulana Azad Medical College) after Juma prayers. 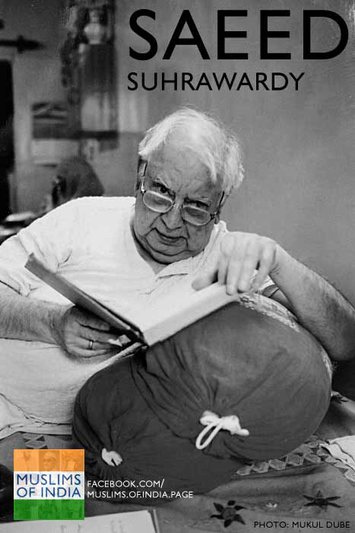