Passport Photo Rules in India are Hijab friendly, but officials are not

A lot of officials, be it for AADHAAR or passport, ask Muslim women who wear the hijab to remove the hijab or to show their ears for the biometric photograph. 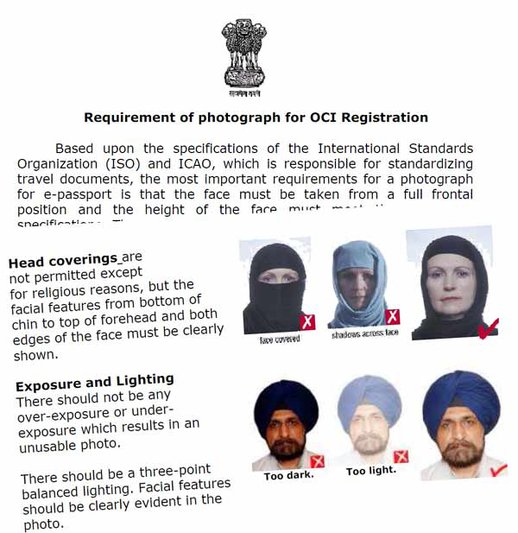 However, there is no such law that women need to show their ears or remove their hijab. I have gone through the rules on the Passport India official website and the rules are clear that religious headgear is allowed as long as the face is clearly visible, ears are not required.

This applies to Muslim women's hijab, nuns' habits and the Sikh turbans. I have seen Sikh men at the driving license and AADHAAR centers and they are never asked to remove their turban or adjust it to show the ears. However, Muslim woman are asked to first remove the hijab and if they refuse, then they're told that showing the ears is mandatory, which is untrue.

Govt of India guidelines for photographs for OCI registration can be seen here.. It clearly shows what kinds of photos are allowed and a proper hijab is allowed with ears covered.

The rules are also mentioned on the official Passport India website: https://portal1.passportindia.gov.in/AppOnlineProject/online/faqServicesAvailable

I would be very grateful if you share this article with others, as many women are removing their hijabs in public, sometimes even before being asked, because they're afraid or ignorant about the laws.