With the End of 2019, A Great Scholar Also Departs for Heavenly Abode

Maulana Izhar Ahmad Qasmi, 74, was born in Deoband, India, and breathed his last on 30 December, leaving his family and admirers in tears. 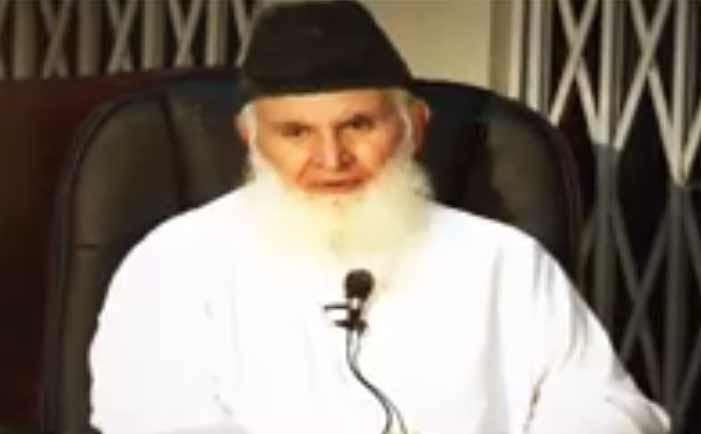 He belonged to a very rare breed of ulema who had dedicated themselves to the service of Islam. His funeral prayer and burial was attended by thousands of his admirers from all over UK.

A widely respected and admired person, Maulana Izhar worked tirelessly to propagate the message of Qur’an without indulging in controversial issues.

In 1970 when Indian Muslims living in Kenya approached the great scholar and rector of Darul Uloom Deoband, late Maulana Qari Tayyab, and requested him to send a scholar to Kenya for their religious guidance, his choice fell on Maulana Izhar, a man Allah SWT had blessed with a spiritual attraction, humility, politeness and deep knowledge of Deen. He convinced Maulana Izhar to accept this responsibility.

From 1970 – 1983, Maulana Izhar served as the Imam in Pangani Mosque of Kenya. Following political unrest in the country, like several other Asians, Maulana Izhar had to migrate to Britain with his family.

In Britain he established the first mosque in Croydon, a town in South London, and served as an Imam for 15 years until he was diagnosed with a brain tumour and had to undergo a delicate surgery in the 90s.

As an Imam Maulana Izhar earned admirable love and respect of the local community. His knowledge of Qur’an and deep love to spread its message earned him wide respect all over Britain.

After his surgery, doctors said that his days were numbered and that he would not be able to survive more than a few days. But Allah SWT’s plans and works in strange and mysterious ways. When He chooses someone for the service of His Deen, He does it in ways that are beyond human comprehension. Not only did Maulana Izhar lived for at least 21 years but also completed his seminal translation and interpretation of Qur’an, titled, Izharul Qur’an in ten volumes, and continued his Qur’anic lectures even after suffering from stroke after his brain surgery and becoming partially paralysed. Gradually he became bedridden and spent the last few years in this condition.  Strangely until it was possible for him to sit in a chair he continued his Qur’anic lectures on Iqra TV without letting the viewers feel that his body was paralysed and that he was bedridden.

A comment on my Facebook from Dr Atif Suhail Siddiqui, University of Yale, says it all about Maulana’s resolve. He writes, ‘You did not mention one of the most important qualities of Maulana: He performed 42 Hajjs. After every Hajj he used to travel to Deoband to see his parents. In Deoband, my house is next door to his. So whenever he came to India, I used to visit him. When his [extended] family members noticed his swollen shoulder, they were shocked. I am a witness to it myself. They immediately called for a doctor who advised them to take him to an orthopaedist. His x-ray showed a fracture in his shoulder. It was then that it was found out that during Hajj he got pushed during tawaf and fell down. Due to the stroke one side of his boy had become so insensitive that he did not feel any pain and did not realise that his shoulder had been fractured. He performed all the arkans of Hajj in this condition and even travelled to Deoband. May Allah SWT shower His mercy on him.’

Despite such severe condition Maulana did not like to take anybody’s help. Another Facebook friend, Chicago based alim, social media activist, blogger and YouTuber, Mufti Yasir Nadeem al-Wajidi, said that he had seen Maulana performing Tawaf and SaI during Umrah without anybody’s assistance or a wheelchair despite the fact that ‘He was virtually dragging himself.’ He added, ‘On one occasion Maulana said that his ailment and his bedridden condition had become a blessing for him because it allowed him to finish one Qur’an every day. Seeing this [and his contentment] one of his Christian doctors had embraced Islam.’

Among Maulana’s survivors is the renowned Alim of Britain, Mualana Qasim Rasheed, who himself is an institutions-maker. Lest this be confused with merely establishing mosques and madarsas, let me make it clear that he is the founder and chairman of one of the major charity organisations, Al-Khair Foundation, that does not only send food and other temporary aid to the displaced people in war-torn and hit by natural-disaster-hit regions of Africa, Middle East, Bangladesh and Pakistan but has also built schools and health clinics for them. He has also established two secondary schools and two TV channels in Britain. However, most important of all these is a full-fledged hospital in Gaza. I have mentioned it only to reflect on the impact of tarbiyah on one’s children.

May Allah SWT bless Maulana Izhar saheb with huge rewards for his services and bless Imam Qasim Saheb and all the survivors with patience and perseverance to tolerate this loss.