In late January came the news that senior IPS officer Mohammad Wazir Ansari has been promoted as the new Chhattisgarh DGP.  It was feared that Ansari would leave his current crucial assignment as Secretary of Maulana Azad Education Foundation (MAEF). But he decided to stay with the Foundation.

Come May, general election is at its peak, PM Manmohan is packing his bags and so must be Minister of Minority Affairs K Rahman Khan knowing well that he has only a few more days left in office. Yet, flouting Election Commission’s Model Code of Conduct, he sacks the Secretary of the Foundation and replaces him with IPS Dinesh Singh Bist. This has come as a shock to people who know Ansari and care for MAEF. But not to those who know K Rahman Khan. 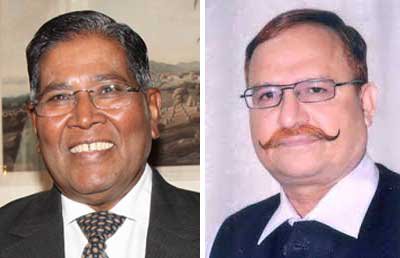 MAEF runs various schemes for the uplift of minorities, like grant-in-aid for infrastructures for NGOs working in basic education, scholarships for meritorious girls students, health programme ‘Sehat Scheme’, a faculty development programme ‘Nalanda Project’, Maulana Azad Memorial Lecture and awareness programmes.  The Foundation had come under fire in the past for disbursing aid of just Rs 1 lakh in 2011-12 against a budget of Rs 100 crore. Ever since Ansari took over as MAEF Secretary in February 2013, things changed tremendously with 35,000 scholarships given last year. Blacklisting seven NGOs, while giving grants of Rs 183 crore to 1,423 NGOs.

Ansari is known to be a no nonsense person, honest to the core, workaholic and notorious for keeping his staff on their toes. His resumé (still available on the Foundation’s website) showcases his illustrious career, receiving Police Presidential Medal for Meritorious Services in 2001  and Police Presidential Medal for Distinguished Services in 2011.

Ansari refused to be interviewed by MG but speaking to several staffers at MAEF, there seem to be many reasons, mostly personal, which may have caused Rahman Khan to sack Ansari.

Ansari’s proposals to have a periodical on Maulana Azad and to have an annual Maulana Azad lecture did not find favour with the MMA. Ansari was facing difficulty in populating a library which had all books on Maulana Azad. Ansari also wanted to make the staff of the Foundation permanent as it has only five permanent staff while all the remaining 20 odd are temporary working for more than a decade, which reportedly, did not go well with the Minister who wanted a grand building for the foundation, whereas Ansari wanted the funds to be used in welfare activity.

Khan pressed for grants for some NGOs but Ansari refused to oblige for lack of eligibility and documentation. A friend of Khan’s son, Khalid Bilgrami, was made Treasurer of the Foundation, for whom Khan wanted an honorarium of Rs 75000, whereas sources said Bilgrami was mentally incapable and work of the foundation suffered as a result.

But the main reason which is being held against Ansari is that he did not follow “normal” procedure for repair and maintenance work carried out for shifting the Foundation’s office from a shared building to a separate block next to it. The new place comprises 1.6 acre of land with built up area of approx. more than 4000 sq.ft. with 24 small rooms, two large halls, boundary wall and one entry gate.  All the built-up area was in a very dilapidated and abandoned condition. The portion had never been maintained, repaired or looked after during the past 30 years and had encroachments even on its main gate.

The entrance gate of MAEF after renovation of the abandoned block, encroachments still exist on both sides of the gate.

Out of the total expenditure of Rs. 66.40 lakh under the head of repair and maintenance, initially repair works of Rs 10.14 lakh were carried out through contractors and it was observed that the cost of further repairs and renovation would be saved if MAEF got  the work done by itself. As a result, cash withdrawals were made to quickly get things done in order to meet the December 2013 deadline to shift the office. 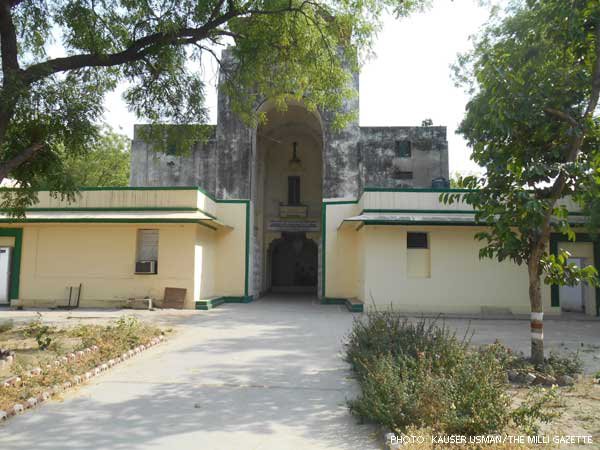 Maulana Azad Bhawan, Maulana Azad Campus as it is now after shifting from the old shared premises.

All this repair work was done after the approval of the Governing Body and visits were made by the Minister himself and his staff and they appreciated the work. The open land of this campus was a complete jungle which was cleared and the road, parking, garden etc were developed within the allotted time.

Meanwhile, sources claim, things kept deteriorating between Khan and Ansari. Reportedly, Ansari asked for a detailed account and progress from the Minister who was directly looking after the planning/study/blue-prints for 5 universities under the Foundation at a cost of Rs 15 lakh for each university.

Finally, Khan ordered an audit of the repair work at the Foundation by National Buildings Construction Corporation (NBCC) which said in its report that estimating costs of repair work of a dilapidated building after the repair has been done is theoretically not possible. Strangely in one part the report justified cost escalation and in another part stated that the cost of repair could have been lower. 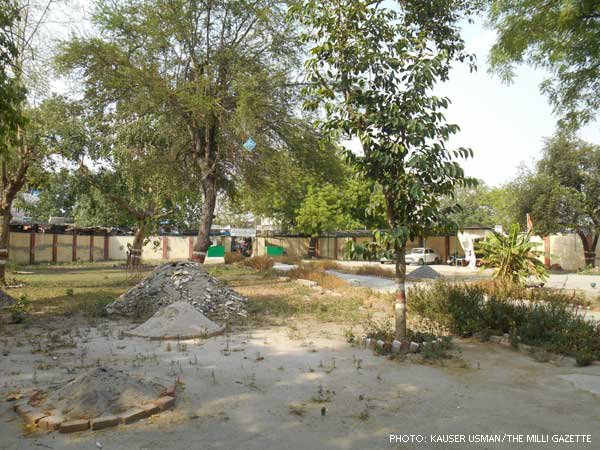 Debris still remains on the campus as work stopped abruptly.

Reportedly, this very NBCC was supposed to get the contract to build the grand office of the Foundation which was vetoed by Ansari who, instead, chose to repair the existing abandoned building. 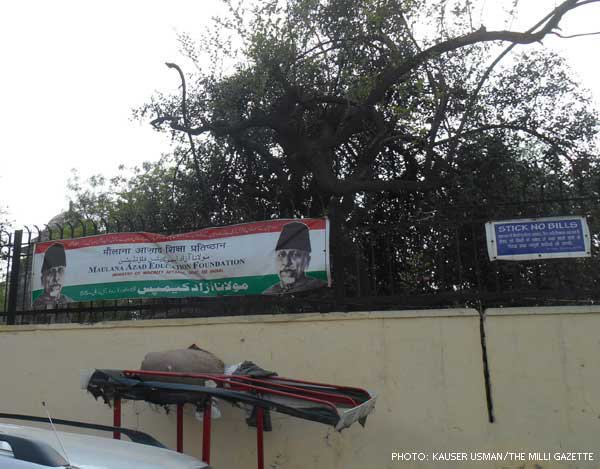 Such banners on the boundary makes the campus known to public.

Staff at MAEF confirmed that in case of disbursement of aid, Ansari did not want to see any delay in approved cases.

Ansari refused to comment on his removal but said he is not going to sit quietly.