The Barmakids (Al-Baramikah) were a family of Buddhist administrators from the city of Balkh, in what is now Afghanistan. When the Umayyad Caliphate conquered the area in the mid-600s, the family converted to Islam. After the Abbasid Revolution in 750, the Barmakids rose to prominence as talented administrators. They carried with them centuries of experience in the Persian Empire of how to manage large government bureaucracies, something the Arab Abbasid caliphs were ignorant of.

As viziers, they exercised great influence on the formation of the empire in the late 8th century. Yahya ibn Khalid al-Barmaki was particularly influential. He was appointed as the tutor and mentor to the young Harun al-Rashid, who would go on to become the caliph during which the Abbasids had their golden age. Under his tutelage, Harun al-Rashid managed to establish peace with the empire’s neighbours, exponential economic growth, the patronage of scholars, and a system of infrastructure that rivaled that of ancient Rome. The Barmakid family as a whole thus had a huge impact on the political shape of the Muslim world that would continue for centuries.

As the grandson of the great Mongol conqueror, Genghis Khan, Berke Khan was an important figure in the Mongol world in the mid-1200s. Like other Mongols, he originally practiced a form of pagan shamanism. As the leader in the Golden Horde, a Mongol army, he was sent to the North Caucasus Mountains and Eastern Europe to subdue the Kipchak Turks. He eventually managed to lead armies all the way into Hungary. 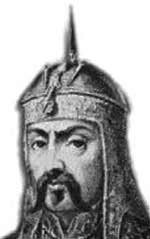 Then during his travels back towards the Mongol homeland, he stopped in Bukhara where he questioned local Muslims about their beliefs. He was convinced of the message of Islam and converted, becoming the first Mongol leader to accept Islam. After his conversion, many of the soldiers in his army also converted, leading to tension with the other Mongol armies, who were ravaging Muslim lands, including the ancient capital of the Abbasids, Baghdad.

After hearing of the sack of Baghdad in 1258 by his cousin, Hulagu Khan, Berke promised vengeance, declaring, “He (Hulagu) has sacked all the cities of the Muslims, and has brought about the death of the Caliph. With the help of God, I will call him to account for so much innocent blood.”

By allying with the Mamluk Sultanate of Egypt, Berke managed to hold back Hulagu’s army enough to prevent a major invasion (and destruction) of the remainder of Muslim lands in Egypt, Syria, and the Hijaz.

Of Greek or Albanian origin, Zaganos Pasha was drafted into the elite Janissary corps of the Ottoman Empire as a child. Like other Janissaries, he was educated in Islam, civil administration, and military matters. He was soon appointed as a mentor and advisor for young Mehmed II, who would later become the seventh sultan in the Ottoman dynasty.

When Mehmed became sultan, he appointed Zaganos Pasha as his second vizier. Zaganos Pasha was commonly consulted on all matters of state, especially the siege and conquest of Constantinople in 1453. During the siege, he was given command of a section of the army north of the city, and his troops were among the first to successfully capture a portion of Constantinople’s legendary walls. His legacy lives today in the numerous endowments (including mosques, soup kitchens, and public baths) in his hometown of Balikesir as well as in Edirne.

A common accusation thrown at the Ottoman Empire is that it was intellectually stagnant and resistant to any innovation. A Hungarian convert to Islam - Ibrahim Muteferrika - flies in the face of that idea. He was originally an Ottoman diplomat who managed to cultivate close relations between the Ottoman Empire and France and Sweden. As a result of his diplomatic work, he was exposed to European ideas on the Renaissance and the ubiquitous use of the printing press. 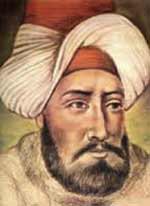 Back in Istanbul, he established a printing press, where he printed copies of atlases, dictionaries, and some religious books. Among his published works was a world atlas made by the famous geographer Katip Çelebi [Kaatib Shalabi], which illustrates the entire known world at that time in incredible detail and precision. Besides simply printing books, Muteferrika also wrote on numerous subjects including history, theology, sociology, and astronomy.

In late 19th century America, journalism was beginning to take off as an effective and influential medium for influencing the public. One of the men who helped spur this journalistic wave was Alexander Russell Webb. Unconvinced about his Christian religion, and being a well-read journalist, he began to read extensively about other religions, and was particularly interested in Islam. When he was appointed by the U. S. State Department to work in the American embassy in the Philippines in 1887, he took the opportunity to begin a correspondence with Muslims in India about Islam.

Although he was originally introduced to Islam through members of the unorthodox (un-Islamic) Ahmadiya Movement, he eventually found a path to mainstream Islam. He proceeded to travel throughout the Muslim world, studying Islam and meeting with scholars. In 1893, he resigned his post at the State Department and returned to America. Back in the United States, he published numerous books on Islam and started an Islamic newspaper explaining the religion to the American public. In the early decades of the 20th century, he continued to be a prominent voice for Islam in the United States, even being appointed an honorary Ottoman consul by Sultan Abdulhamid II. He died in 1916 and was buried outside Rutherford, New Jersey.

Unlike others on this list, Malcolm X is hardly a man who needs much introduction. Early in his life, he struggled finding his role in the world. After dropping out of school early, he constantly found himself in trouble, eventually landing himself in jail in 1946. During his eight years in prison, he was exposed to the ideas of the Nation of Islam - a pseudo-Islamic group founded in the early 1900s based on the ideas of black supremacy and the evil of the white race. After being released in 1952, he met with the “prophet” of the NOI, Elijah Muhammad, and became a minister for the group. 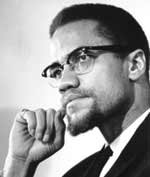 Due to his eloquence and incredible intelligence, Malcolm X quickly rose through the ranks of the NOI, becoming a leader of the group by the mid-1950s. As this was the era of the American Civil Rights Movement, Malcolm X became one of the foremost voices in America advocating for equal rights for African Americans. Contrary to another great leader, Martin Luther King, Malcolm X believed black people should defend themselves - even violently - if needed due to government oppression.

By the late 1950s, Malcolm X began to see some holes in the beliefs and ideas of the Nation of Islam movement. He left the group and embarked on a journey to find what true Islam is. He went to Hajj in 1964, then proceeded to tour Muslim and African countries. During this time he accepted true Islam and came back to America with a new-found determination to spread Islam among the African American community. He also changed his name to El-Hajj Malik El-Shabazz, although most people still knew him as Malcolm X. 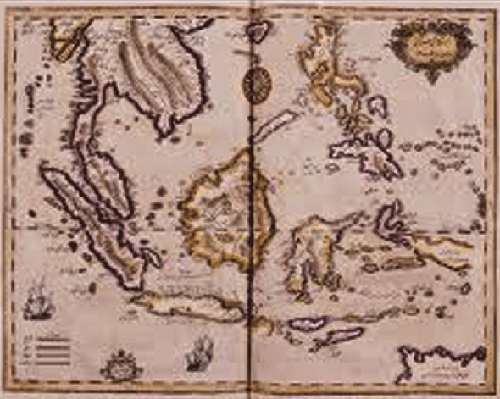 His public speaking on behalf of Islam and against the Nation of Islam made him many enemies among his old allies, especially when many of his fans began to leave the NOI in favour of mainstream Islam. The result of this was his assassination in 1965 at the hands of NOI thugs. Although his time as a Muslim was short, he was remarkably influential and continues to serve as a symbol for American Muslims and civil rights activists in the United States.