Muslims, the Pioneers of Aviation

One of the most enduring (and incorrect) accusations made about the Ottoman Empire is that it was intellectually stagnant. Orientalist historians claim that the Ottomans saw science and religion as mutually exclusive and incompatible, unlike earlier Muslim dynasties. While this accusation may be true for some periods in  the Ottoman history, there were many examples of Ottoman scientific and intellectual progress. One notable example is the attempts at human flight made by a pair of brothers in the 1600s in Istanbul. 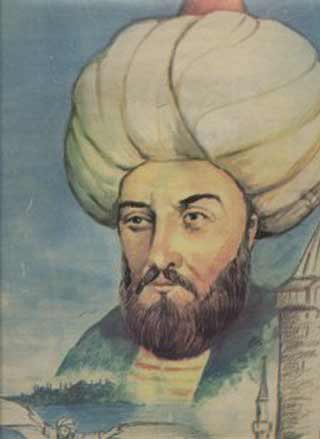 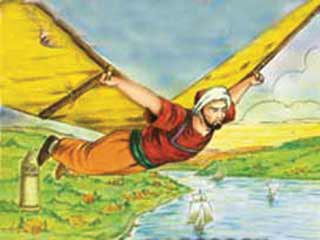 Hezarafen Ahmed Çelebi, how he tried to fly over the Bosphorus (right)


The idea of humans having the ability to fly is an enchanting one. For thousands of years, people from all corners of the world have attempted to defy gravity and soar like birds. Abbas ibn Firnas, a Spanish Muslim inventor of the 9th century managed to achieve un-powered glider flight in Cordoba in the 800s by building a set of wings covered in bird’s feathers. 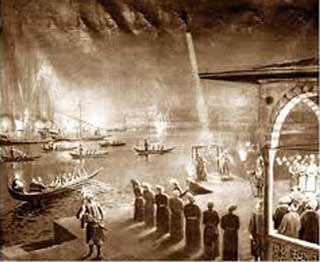 
While his attempt was successful, his inability to slow down led to a disastrous crash landing that probably discouraged further attempts by enterprising inventors like him.

In the 1600s, another brave man attempted to succeed where Abbas ibn Firnas failed. Hezarafen Ahmed Çelebi was a polymath who lived in Istanbul during the height of the Ottoman Empire. In1630, he built a set of glider wings that he could attach to his body. According to the Ottoman historian and traveler, Evliya Çelebi, Hezarafen jumped from the top of the Galata Tower in Istanbul with his wings and managed to glide across the Bosphorus strait to Dogancilar’a Square - about two miles away. Because of the height of the tower and its position on top of a hill, Hezarafen had the necessary altitude to make a successful crossing of the Bosphorus.

Since the Bosphorus Strait in Istanbul separates the continents of Europe and Asia, Hezarafen Ahmed Çelebi’s flight can be considered as the first intercontinental human flight in history. He was rewarded for his achievement by Sultan Murad IV with gold coins, but was later exiled after numerous advisors of the sultan convinced him that Hezarafen was a threat to the sultanate.

Perhaps inspired by the achievement of Hezarafen Ahmed Çelebi, his brother, Laragi Hassan Çelebi also sought to defy gravity and reach the skies. In 1633, he built a rocket made for a human passenger. The rocket was powered by over 300 pounds of gunpowder. According to Evliya Çelebi, to celebrate the birth of Sultan Murad’s daughter, Laragi Çelebi tested his rocket at the shore of the Bosphorus, near the sultan’s residence, Topkapi Palace.

After numerous assistants lit the fuses for his one of a kind rocket, Lagari soared up about 300 meters into the air. When his rocket ran out of fuel, he opened a pair of wings he fashioned for himself, and gently managed to glide down to the Bosporus, and then swim to the shore. Like his brother, he was rewarded for his achievement with a pouch of gold, and was also made a cavalry officer in the Sipahi corps of the Ottoman Empire. He is said to have died soon afterwards in a battle in the Crimea.