What about Muslim villages, Mr PM?

Narendra Modi, the Prime Minister of India, is an elitist in every respect, despite his highly publicised chai-wala background. He wants smart cities, bullet trains, and now, special villages. He has asked every MP to adopt at least one village in his constituency. A noble idea on the surface, but an elitist one, again. 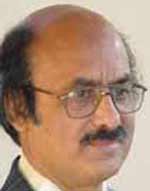 Out of more than four lakh villages in the country, about 750 villages will have a very special status. They will be the villages adopted by the Prime Minister, ministers and MPs. Till now, we know Jaipur, but soon Jayapur, the Prime Minister’s child among villages, will become better known than Jaipur. These elite villages will, of course, be surrounded by ordinary villages.

If you refer it to the supporters of the idea, they will argue that the effect will percolate to nearby villages as well, exactly the argument put forward by a group of economists that if there are super-rich in the country, this will have a trickling effect on the rest of the countrymen, who will also gain something. So, now we should wait for a new phase in Indian economy where economic disparity will have a partner in village-to-village-disparity. Disparity over disparity! What an economic and social model! But the media, which is for all practical reasons nothing but an extension of the corporate sector, will hail the idea as revolutionary.

There is another aspect of the issue. With Parliament having hardly a few Muslims, the likelihood of Muslim majority villages being adopted will remain quite low, unless there are special instructions to the MPs. There is hardly any reason to believe that such an instruction will be issued by the PMO or NDA. Other parties will also not love to do it because the BJP will immediately jump on its feet declaring it as an act of “appeasement of Muslims”.

If you put this point to the protagonists of elite villages, they will give an argument similar to what they forward when they are asked about total absence of Muslim MPs and MLAs in their ranks. They argue that the real thing is “vikas” and the numbers are not important. The same argument will be put forward here: Rather than adopting Muslim-majority villages, all the people of the adopted villages need to be included in “vikas”.

The truth remains that for one reason or the other, Muslims are kept away from the fruits of development, and still they are described as an “appeased” community. Nearly half of the Hindu population gets reservation on the ground of backwardness, but no Muslims, except in a few states, are given reservation despite their sweeping backwardness. The argument is: the Constitution does not allow reservation on the basis of religion. Nobody asks them: Does the Constitution allow denial on the basis of religion? Muslims, of course, have hardly any legal body to fight this in the court. They are too busy answering allegations against them.

And of course, the Muslim MPs, Muslim ministers, the parties claiming themselves to be “secular” do not have the guts to ask the Prime Minister the question: What about Muslim Villages, Mr. Prime Minister?

The author is Delhi-based thinker and writer with over a dozen books including his latest Qur’anic Paradigm of Sciences & Society (First Vol: Health).
He can be contacted at doctorforu123@yahoo.com