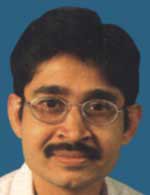 I often wonder, how non-Muslims dismissively talk about the entire Muslim race as uncouth and unpolished. I feel sad and exasperated over their rank ignorance. A couple of days ago, when I was re-reading Firdausi’s immortal magnum opus ‘Shahnama’ (there’re 60,000 couplets in it in Persian and was actually a commissioned work by the king to the poet Firdausi), I came across many finely chiselled couplets, highlighting the social, cultural and etiquette aspects that are still followed by the ‘civilised’ world. Not just this versified book, many Persian tomes that were written over a millennium ago, contained coruscating pearls of perennial wisdom as regards cultured behaviour expected of a person in the society. I’ve culled out a few, translating from Pahalavi (precursor to modern Persian) and Persian:

How to behave as a guest: Kai-Ka’us tells us: ‘If you’re invited to a party, be choosing in your host. Do not accept the invitation of all and sundry. It’d be derogatory to your prestige. When you accept the invitation and go to the party, never be in a state of great hunger nor yet completely satiated, for if you eat nothing, your host will be offended. On the other hand, if you eat in excess, it’d be inelegant. When you arrive at your host’s residence, sit in a place which’s proper for you and commensurate with your social standing. Even though it be the house of a familiar friend and you’ve business there, do not play the master’s role at table or over the wine, and do not give orders to your host’s servants...showing pompously (and also, wrongly) that you’re a member of the household. Never be over-indulgent in consumption of wine and before you’re completely overcome by wine, rise and take leave of the company. Excessive talk in a party where wine is being consumed is a sign of drunkenness, so are also excessive hand-clapping or stamping of feet and unnecessary display of affection. Whether drunk or sober, hereafter guard against such conduct...Never appear before any stranger in a sate of intoxication nor indeed before anyone, except your own family or servants.

Khwadjeh Nasiruddin Tusi in his ‘Nasirean Ethics’ (date of composition 1235 AD), has certain very interesting points in manners,  part of which is worth quoting:

Manners required in speech: Do not speak much, nor interrupt the speech of another by your own. Whenever someone is telling a story or a tale which you already know, you should not reveal your acquaintance with it, so that the person in question may finish his discourse. Do not answer a question that’s asked from another. If a question is asked from a group of which you’re a member, do not try to outstrip and outsmart others. Even if you know that you can give a better answer than the man who’s busy making the answer, be patient until his answer is complete, then give your own in such a way that’ll not be offensive to your predecessor. Don’t enter into any discussion that’s carried on in your presence between two persons and if they should conceal their remarks from you, do not try to overhear; above all, so long as they don’t invite you to join them in the discussion, don’t butt in.

When dealing with your superiors, you shouldn’t speak in allusions, nor should you keep your voice high or low, but observe the mean....When others are developing arguments before you, don’t take it upon yourself to answer until the argument is complete. When you do speak, don’t make any pronouncement before fixing the idea in your mind. Think before you speak. In any gathering, make your discourse appropriate to that gathering; and in the course of your speech, do not gesture with hands and eyes and eyebrows, unless what you’re saying demands some subtle gesture/s, in which case, you’ll show it in an approved manner. Do not engage in argument and dispute in any gathering over what’s true and what’s false, especially beware not to dispute with your superiors or with the ingenious. If we all follow the aforementioned gems of social behaviour, I’m sure, the world will be a much better place to live in. Am I wrong?