BJP wants power at any cost; Lucknow encounter was fake

What’s left of our democracy? Gone are the traditional notions of governors being non-partisan. In fact, right from the summer of 2014, when BJP came centre stage, it has been appointing governors with RSS-BJP background. And much in accordance to the fascist framework, the Right–Wing sees to it that there is a pre-planned motive to every little move. Today, BJP appointed governors in Manipur and in Goa are lending a ‘helping hand’ in government-formation in those two states. How else would you explain the latest round of decisions taken by the Manipur governor Najma Heptullah and by the Goa governor Mridula Sinha. Trampling upon people’s verdict in those two particular states, they have bypassed the Congress, instead ‘invited’ the BJP and its allies for government formation. Its all so very blatant. Gone are those camouflages. Writ large is BJP–RSS resolve to rule this land as dictators. 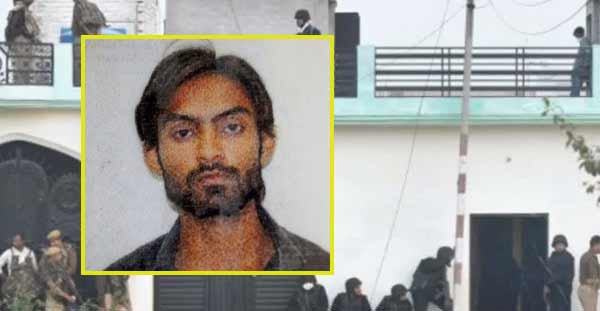 In fact, there are three offshoots to this dirty drama. For one, all those who say that get more women into politics as it will cleanse the system, will have to keep shut. Najma Heptullah and Mridula Sinha have come across less of ‘governors’ and more like political workers. I’d rather have men governors who are strong and straightforward! Then, the hurrying-scurrying way Manohar Parikkar resigned as the country’s Defence Minister, to take oath as Goa’s chief minister, shows the man is little bothered about the country’s defence. Recall the way Parikkar used to brag about the surgical strikes and killings.Wonder, whatever happened to all that bravado? Then, not to be overlooked is the fact that buying-selling of MLAs seems to be taking place right in front of our eyes. Crores seem to be transferred, not in cash, but in the form and shape of ministerial berths.

Don’t know how many innocents have been ruined and killed during these elections to pave the way for the various politicians to push themselves into the murky corridors of power.

I have been speaking to lawyers and activists of Lucknow-based Rihai Manch, who have exposed the government theory that Saifullah was a dreaded terrorist. Yet he was gunned down and his family put under so much of pressure that his father even declined to bury his remains. After all, poor man had to prove his nationalism to the likes of Rajnath Singh!

In fact, Rihai Manch has raised these ten pertinent points to that much hyped encounter killing of the 22-year-old unemployed youth, Saifullah, which took place last week in the outskirts of Lucknow:

1. According to locals, they told the Anti-Terrorist Squad (ATS) that he is a simple boy. They would talk to him and present him to ATS but ATS rejected their advice because they wanted to kill him.

2. A neighbour of the alleged terrorist, Qayyum, who used to collect rent from him, has been packed to an unknown place with his family. What does he know (what information does he have) which the police does not want him to disclose to the public?

3. The ATS says that Saifullah was hiding in a room. If that is correct, then how was he shooting at ATS and from which direction, and how was the police shooting at him and from which direction? This question becomes very important especially when the walls and doors of the house show no bullet marks. This raises the question whether the firing was done in the air to frighten the population and make a show of a 'terrorist-police encounter?'. If this did not happen, then why there are no bullet marks on the walls and on the door?

4. Why are media and other people being prevented from going inside the house?

5. According to news reports, there was a fight around 2 p.m. in the neighborhood between a father and son for which police were called. Police talked to the alleged terrorist. He was present when the fight was settled by the police. The question to ask is: if he was a real terrorist and his fellow terrorists had detonated a bomb in a train then why should he have stayed and talked to the police anyway? He should have hidden himself from the police instead of meeting them.

6. The police say they got the information from the Madhya Pradesh (MP) police that indicated that Saifullah was an alleged terrorist. The question is: how did the police know where he was staying with only his name to guide them? According to the Police and the neighbours, the police did not question any neighbour but went straight into his house which is itself a questionable action.

7. According to Police, the alleged terrorist was killed in an encounter in the night but according to locals the encounter actually took place at 5 p.m. in the evening. Why is there such a discrepancy between the two accounts?

8. According to the Police, they used a pepper bomb because they wanted to catch the alleged terrorist alive. But according to local people living one kilometre away, they had breathing difficulty due to the 'chilli bomb effect' in the air. This raises the question why the quantity (of chilli/pepper) used by the ATS was so immense/huge which itself would have killed a person hiding in a small room in that house. Did the ATS do this deliberately to actually kill the alleged terrorist?

9. According to the ATS, it has captured the regular time-table of the alleged terrorist which is considered a big success. He had sent his availability to various media organizations on WhatsApp. The time-table of the alleged terrorist includes the timetable followed by him for sleeping, waking, exercise, morning walk, prayer time(s), time when he spoke to friends, breakfast time, time for cooking, and also the time at which he took his meals (eating).

10. The UP police have been unable to tell how the alleged terrorist was actually connected with the terror blast in train at Jabri.