Hyderabad:  A just published book on the Police Action against Hyderabad State in 1948 was released at the Press Club here on Saturday in the presence of a cross section of Hyderabad people. The event was organised by the Society for Promotion of Tolerance (SPoT) to release and discuss the book Hyderabad, 1948; an avoidable invasion by Syed Ali Hashmi which is the first attempt to put on paper the totally avoidable miseries suffered by people of the Hyderabad State in 1948. The invasion had taken place while the Nizam was seriously discussing the terms of accession to the Indian Union. This 300-page book has been published  by Pharos Media, New Delhi.

Dr. Syed Yaseen Hashmi, General Secretary of SPoT, welcomed the guests and audience. Mr. Syed Inamur Rahman Ghuyoor, Vice-President of SPoT chaired and compared the event. The chief guest was Mr. Kingshuk Nag, the former editor of the Hyderabad edition of the Times of India. 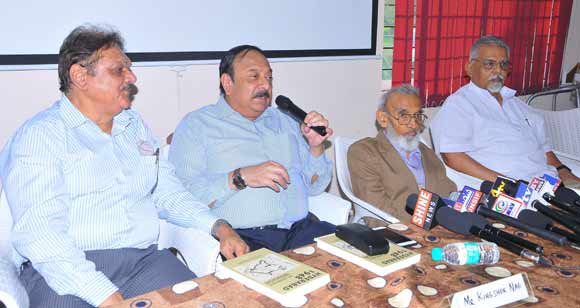 The author spoke about the circumstances under which he accomplished this project. He said the book was the result of years of hard work after his retirement in November 1994. Unfortunately, the material he had prepared was lost during his illness in the US where he had gone to attend the annual conference of the American Library Association at Chicago in 1995. He stayed back in the USA and worked as the Library Director of the School of Social Sciences at Herndon, Va. After his contract concluded, he joined George Mason University, Fairfax, as a PhD scholar in information technology. While in the third semester, he suffered brain hemorrhage. He was admitted to the Fairfax hospital where his condition deteriorated and he was declared brain-dead. His relatives insisted on repatriating him to India. He was brought back by a chartered flight. After receiving correct treatment at Hyderabad’s Apollo and Durrushahwar hospitals, he regained his health. Thereafter, he re-started this project. The author said he was one of the victims of the so-called “Police Action” which in fact was a full-fledged invasion by a powerful army. He has recorded his own personal experience in the second part of the book in addition to collecting opinions of a number of other noted victims of those events. 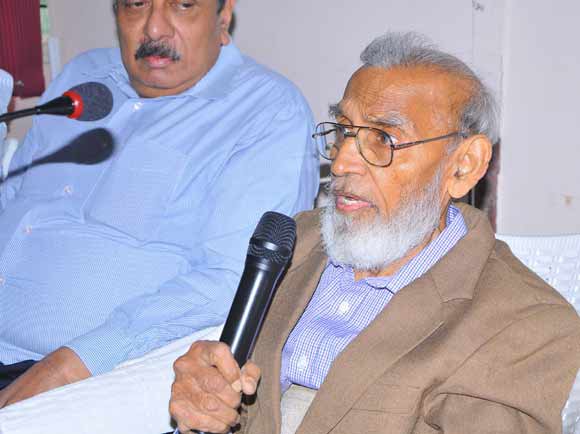 Mr. Kingshuk Nag released the book. He said that the book was highly readable. In fact, it is a must-read book. Every page of the book deserves reading, he said observing “the text of the book demanded a stronger title”.

Captain Panduranga Reddy said Nizam’s army chief was a traitor. He said the son of  the Nizam’s deputy chief minister Krishna Reddy also joined the traitor group and leaked secret information to the agents of the Indian Union. He stressed that the book is a must read and seconded the opinion that it needed a stronger title like “Rape of Hyderabad State”. He said the Indian Union had invaded Hyderabad State on the pretext of Razakar atrocities which have been exaggerated and some of it was committed by Indian agents. He said that Mr.Rustamji, the IGP of Maharashtra, has recorded in his book how the Bombay State smuggled its men in the guise of “razakars” into the Nizam’s territory and these men committed atrocities in order to malign the razakars. 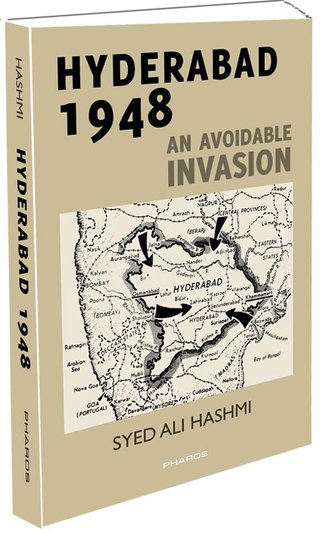 Inamur Rahman Ghuyoor said he was impressed by the author’s style of connecting the past events with the present-day. This is what is required of the historians today, he said, adding that historians should record the past events in the context of the present. He quoted Winston Churchill as saying, “It is not wrong to lay down the lessons of the past before the future.”