Acclaimed Urdu book on the Prophet’s life translated into English

New Delhi (12 August 2017): Khutbat-e Madras (Madras Lectures) is an acclaimed Urdu book on the Prophet Muhammad’s (peace be upon him) life and teachings by the celebrated Islamic scholar of the Subcontinent, Syed Sulaiman Nadwi, who authored Siratun Nabi, the most outstanding 7-volume Urdu work on the Prophet’s life which can be compared with the best works on the subject even in Arabic. 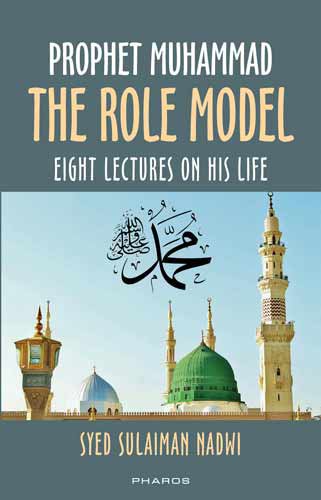 This 155-page book, titled Muhammad – the Role Model, contains eight lectures delivered by the learned scholar in Madras (now Chennai) in 1925. These lectures are still popular today and have been translated into many Indian and foreign languages.

The English translation has been rendered by Prof Abdur Rahim Kidwai of AMU and revised by M. Zeyaul Haq and Dr. Zafarul-Islam Khan. The book, meeting international standards, is priced at only Rs. 150. It has been published under a recent agreement between Delhi’s Pharos Media and Shibli Academy to translate and publish the latter’s Urdu publications. The current book is the first to be published under this agreement.

Order Online at: www.pharosmedia.com/books.  Also available on Amazon and Infibeam.