RB Sreekumar, IPS (retd.) of Gujarat Cadre, was the additional director general of police for intelligence during the Gujarat riots of 2002. He tried hard to stop and contain the riots and later worked hard to get the criminals punished. He made a number of detailed submissions to the Nanavati Commission charged to probe the riots.

As a result of his activities to uphold law and justice, Sreekumar was persecuted by the Modi regime which shunted him to ceremonial posts and denied him his due promotion which he later received by the order of a court. 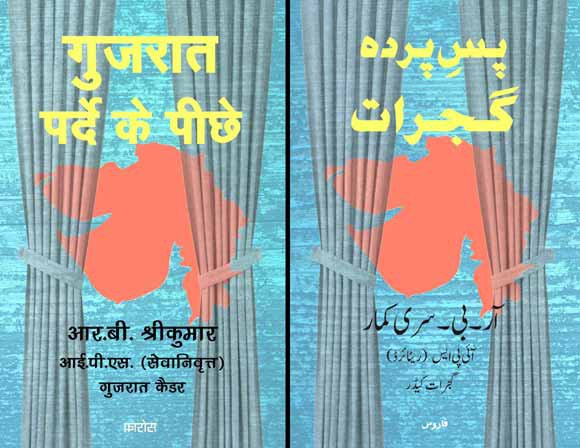 Sreekumar wrote his eyewitness account of the 2002 riots in great detail in his book, Gujarat Behind the Curtain which is the most authentic eyewitness account of those riots. Somehow the English edition was not allowed to gain currency in the media and public discussion. Now Delhi publisher, Pharos Media (www.pharosmedia.com/books), has brought out the Urdu and Hindi translations of this book which far exceeds in importance any other published material on those riots so far. Soon Pharos Media will also bring out the Gujarati translation of this book so that this important document is read and discussed bringing as it chronicles the true story of those gory crimes and how the powers that be tried to shield the criminals during and after the riots. Both Urdu and Hindi editions are now out and each is reasonably priced at Rs 250. Pharos Media is planning to bring out a new edition of Sreekumar’s English book as well.