Taimur: What’s in a name?

What’s really in a name, whatever be it, as long as it is not mispronounced and is not misused? But the noise made over Kareena and Saif’s decision to name their first-born “Taimur” really raises numerous questions. Why are so many people so concerned about the little one’s name? How would they feel if the rest of the world raised objections to their own names, that of their children and their relatives? Whatever be the historical reasons being cited for such objections to the name, practically speaking they make no sense. The impression has been created as if history has known only one Taimur. And he is being presented as a rather unpopular figure by those objecting to the name. Well, it is difficult to regard all these persons as great historians who have an excellent academic background. What is pathetic is their assumption that the Bollywood couple named their son after Taimur the king? Even if they did, so what? They are entitled to name him, as they desire. 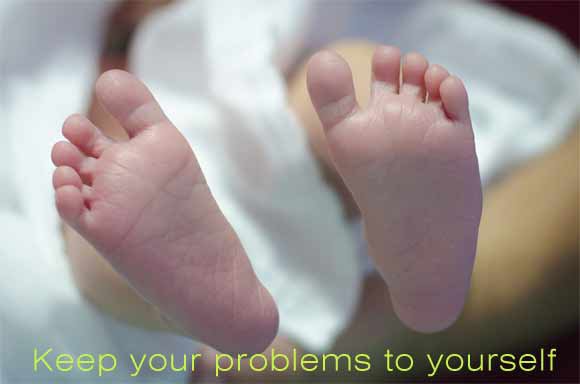 It is impossible to name any king who never waged any war. Before Ashoka turned to Buddhism, he engaged in Kalinga War, which is viewed as one of the bloodiest battles in global history. Now, does this suggest that people should cease naming their children as Ashoka/Ashok? The same can be said about names such as Alexander, Sikander, the entire Gupta dynasty, Maurya dynasty, Mughal Empire and so forth. Whatsoever be their name, ancient and medieval history all over the world remains dotted with kings engaged in wars. Yet, doting parents lovingly address their sons as “Raja beta” and daughters as their “Rajkumari.” Raja in Urdu/Hindi is the term for King, beta for son, Rajkumari for princess. One has yet to come across objections being raised to usage of these terms on ground of kings having engaged in wars during earlier periods.

Wars meant killing of innocent people. During ancient period, when Hindu dynasties ruled the country, the same rulers were responsible for the death of Hindus in wars waged by them. Going by the logic that has been used to object against Saif and Kareena having named their son as Taimur, the surname Gupta and that of the kings who ruled during that period should not be used. If this logic is really used, the majority would probably have hard time searching for names of their children. Besides, Taimur means iron. Those not familiar with history may choose to use this name because of its meaning. Whether they use the name because of its meaning, its historical significance, its special importance for them or for some other reason, nobody has the right to raise objections against their decision to do so.

It may be presumed that the objection has been deliberately voiced as the name symbolizes the Muslim identity of the young Khan. So, what? Again, it is the parents’ decision. Why should outsiders interfere in their decision to choose and select the name in keeping with whatever their priorities are? It is really pathetic and also disturbing that the objection has been raised creating the impression as if Taimur was the only ruler in the world who waged wars in which numerous people were killed. And as if Hindus were not killed in any other wars. Also, Muslims have also been killed in numerous wars. When wars were waged, whatever the religion of the rulers and the ruled, greater importance was given to enhancing territory and wealth of the king.

One wonders, if some elements have chosen to deliberately start raising objections to certain names primarily because of the negative impressions held about them and their religious identity as Muslims. Not too long ago, the name of Aurangzeb Road in Delhi was changed. True, he is infamous for having demolished several temples. Yet, he also contributed to repair and maintenance of several temples. These policies were apparently not shaped by religious factors but in accordance with what he felt was more demanding in keeping with the then situation. Besides, in case of Saif and Kareena, they can hardly be viewed as religious extremists from any angle. The kind of objection raised over the choice of Bollywood couple suggests that an attempt is being made to create such an impression about them. The angry reaction shown by their close relative (Rishi Kapoor) clearly signals that young Taimur’s immediate relatives, Khans and Kapoors, are least likely to be moved by the objection raised against his move. This certainly raises their secular credentials. However, the people who have raised objections against the name need to give a little more importance to Indian secularism.

Also, it cannot be ignored that millions hold similar names. There is no count or record of the numerous named as Khan, Singh, Ahmed, Patel, Ram, Rahim, John, Vinod, Akbar, Ashok, Maria, Seema and so on. Simply because quite some people bearing these names may be in jails, should others stop using similar names?