The basis of an equitable democracy is that various communities, ethnic and religious, get representation in the political decision-making process.  In a non-equitable democracy like India, where intimidation and influence peddling on the basis of religious and ethnic origin often happens and is compounded by the fact that there are over a dozen major linguistic and ethnic communities, a multiplicity of castes and over half a dozen religious communities, it is difficult to build an equitable, enlightened and secular democracy.

More than any other community, the Muslims who are at least 15 per cent of the population and who have significant concentration in about half a dozen states have suffered much lack of representation in the political process.  Even as the lower caste Hindu OBC and Dalit communities formed successful parties and ruled in north India,  Muslims with a sizeable population in several states remained the vote bank of other parties who promised them only protection from gory large-scale violence.  But these parties did nothing more for Muslims and as in the last twenty years the globalization of India's economy brought jobs and better standards of living to other erstwhile backward communities, Muslims remained in the lowest socio-economic basket of the nation. The Sachar Committee's well-documented 2007 report laid it bare for all to see. 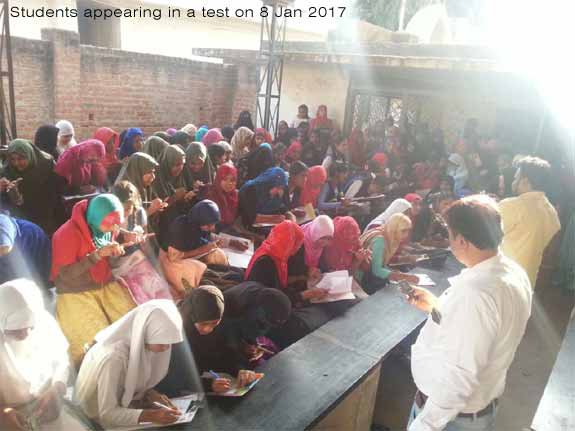 Year after year the Muslim voters remained the vote banks of otherwise secular parties and remained afraid of demanding equitable development for their community.  But starting in 2010 the Muslim voters in the four north Indian states of Assam, West Bengal, Bihar and Uttar Pradesh where about 47% of the Muslims of India live, adopted a pattern of strategic voting. In each state depending on the situation, they decided which party was likely to give them equitable treatment and voted for it.  Other than BJP, which is a self-pronounced anti-Muslim party, they are willing to look at all parties.

Thus secular parties like Congress, Communists, Samajwadi party and Bahujan Samaj Party, which had made a habit of loudly proclaiming their Muslim-friendly credentials, have been put to tests by Muslim voters.  Muslim voters have decided that neither any of them is their messiah nor enemy; they each had to prove what they are for Muslims. The election results in these four states in the last 18 months of 2010-2012 are an eye opener.

This proportion of Muslim MLAs in various states is more or less in proportion to their population in those states.  And that is fair. Muslims of India are not trying to demand excessive representation either in politics or in the socio-economic arena.  Just their fair share which has been denied to them in the last 65 years.  Let us hope that in the 2014 Parliament elections the number of Muslim MPs in Lok Sabha will rise to about 70 to 75, about 15% which is their proportion in the population

In Assam, Muslims were not reluctant to vote for Congress, but in UP they favoured a better choice in SP.  In West Bengal after decades of promises only from the Communists, Muslims were willing to give a chance to Trinamool Congress. In Bihar after long years of no development from Laloo's RJD they took a risk with Nitish Kumar's JD.  The Muslim voting pattern in four major states over the last 18 months shows that they are not averse to any party (except BJP) but in each case they make strategic decisions as to which party to vote for.

In each of these states, various secular parties, that earlier gave tickets to only very few Muslim candidates despite their significant numbers, have now started giving tickets to many more Muslims and many more of them are now winning. Muslims want their community represented by their own people; they are not willing to accept the dictum that a secular Hindu is a good enough representative of Muslims.  Because they learned the hard way that even for secular Hindus their own community came first and Muslims were only second priority

The problem of just a few years ago when many Muslim candidates and one Hindu candidate contested for the same seat resulting in the Hindu candidate winning, largely did not happen in the above cited election. The reason being that Muslim voters are now not willing to vote for a non-viable candidate just because he/she is a Muslim.

In all of these states the previously well-entrenched parties lost out since Muslim voters chose to assert themselves strategically. A party claiming decades of secular credentials but very little help in the socio-economic development of the Muslims was relegated to a lower preference.

However, in all of these states it remains to be seen if this larger number of Muslim MLAs will actually result in these MLAs emphasizing with the bosses of their parties that they give equitable attention to the socio-economic development in Muslim communities at par with the development of other communities.

Major parties, like Congress, that claim to be secular and equitable need to rethink their basic operating methods.  They need to turn much more honest and sensitive to the critical needs of Muslims, not just propaganda or playing communal promises.  It will be their actual record on ground not grandiose promises from scions of big political families.

If Muslims continue to play such strategic electoral politics as they have demonstrated in the last 18 months, they have nothing to fear from BJP.  They can force BJP to change its basic thinking and policies or get reduced to a fringe party that they used to be.

The writer can be reached on: kaleemkawaja%gmail.com