Hype about Muslim Vote in India

Do Khans dominate the Bollywood terrain primarily because of their religious identity or because of their talent? If they didn’t have the potential, they probably would not have attained the success that they have. It is definitely commendable that irrespective of however religious they may actually be, they have not pushed their religious identity to the background. Why should they? And it has paid fairly well. The Khans have established themselves as Indian Muslims. 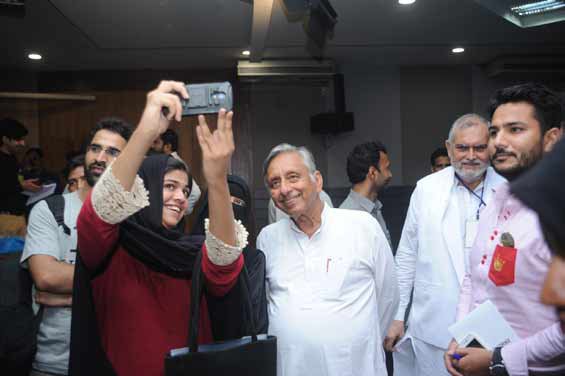 Sadly, the Bollywood trend of viewing Muslim identity does not seem to prevail everywhere. Politically, this weakness becomes most apparent when elections are round the corner. This is suggested by the hype created about the so-called Muslim vote. The impression is created as if the Muslims were a separate, almost isolated community, not considered totally as Indian citizens. Thus political efforts are made to be extra nice, considerate and so forth towards them to create the impression that such and such actions will be taken to remove their problems if particular candidates/parties are voted for. In essence, these efforts are directed towards winning the Muslim vote.

The same exercise has begun now in campaigns for Uttar Pradesh assembly elections. It is even being said that the Muslim vote has the potential of making a party win or lose UP polls. To what extent can such an opinion about Muslim vote be accepted? One is also tempted to raise the question as to what factors have led to the usage of this term, that is the Muslim vote.

Yes, Muslims may be considered as active participants in the Indian political process, from casting votes to holding high positions. But has religion always been the only or primary factor influencing their decision to vote?

With respect to UP assembly polls, whether Muslims decide to favour BSP, SP, Congress, BJP or any other political party, from what angle can they be categorised as one vote bank? Hardly any. The prospects of their voting en bloc for any one party are as good as non-existent. Nevertheless, substantial importance is being accorded to the possible impact of their vote. So what if BSP has chosen to field a large number of Muslim candidates in the elections? This is viewed as Mayawati’s ploy to attract the Muslim support for her party. However, just the votes of Muslims are enough to help these candidates and her party win.

There is a view that a split in the Muslim vote bank may prove advantageous for BJP. Undeniably, some effort is also being made by BJP, at least symbolically, to attract the Muslim vote. This is marked by the visibility of a few men and women, dressed as Muslims, at their political functions.

While creating a hype about the Muslim vote, little importance is given to the fact that none of the key political parties, expected to attract their votes, are headed or even dominated by Muslims. This only proves that while casting their votes, Muslims give little importance to the religious identity of the candidates or their parties. Also, if political considerations make them take the decision of casting votes for non-Muslims, this only adds credence to the importance that they accord to their secular perceptions and that of candidates/parties they choose to favour. From this angle, shouldn’t greater importance be accorded to their votes as that of secular, Indian Muslims?

Recent developments indicate an increase in the tendency of several Muslims to float separate parties. However, these parties have not succeeded in attracting the votes of all Muslims in their own states. Besides, they have paid special attention to including a few non-Muslims too in such “Muslim” parties. Their limited success only further refutes the hype raised about Muslim votes. The inclusion of non-Muslims only indicates their attempt to apparently highlight their “secular” inclinations. Both factors only add strength to the question raised about the hype regarding the Muslim vote.


Kejriwal is all smiles in this photo 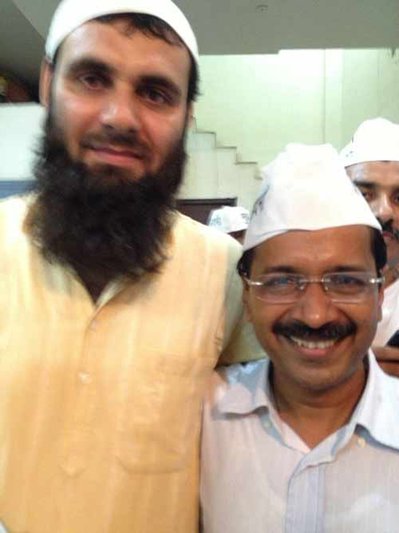 Certainly, there prevails a tendency among Muslims to hold a negative opinion about the Sangh Parivar and the BJP members linked with it. This is primarily because of the communal bias and activities displayed by Sangh Parivar against Muslims. This factor is also responsible for Muslims preferring to support anti-BJP parties/alliances. It may be noted that the same reasons are also responsible for most secular non-Muslims to hold anti-BJP perceptions. Certainly, Sangh Parivar members are primarily linked with Hinduism. However, each Indian Hindu is not linked with Sangh Parivar. Rather, numerically in India, the percentage of secular Hindus is far greater than that of those associated with Sangh Parivar. This factor also explains the limited appeal of the Sangh Parivar and as to why BJP has not politically succeeded in each Indian state. Paradoxically, while the anti-communal approach of Hindus is linked with secularism, that of Muslims is associated with religion. Thus, while the former’s anti-BJP vote is defined as secular, that of the latter as Muslim vote.

Definitely, Muslims as Indian citizens have the constitutional right to assert their political identity and exercise their democratic as well as secular rights. It is these factors that play a crucial role in influencing their decision to vote and not the religious identity of candidates in the electoral fray!