Abdul Khaliq, The Milli Gazette Online 25 Feb 2017
It is distressing that Hinduism’s great eclecticism which propagates tolerance, pluralism, inclusiveness and a live and let live ethos has ceded ground to Hindutva.

So inured to injustice have we become as a society that the Mumbai High Court’s outrageous judgment in the Mohsin Shaikh murder case has been largely ignored. The honourable judge has granted bail to three of the accused in the gruesome killing of the young IT professional on the extenuating grounds that the victim belonged to a different religion which provoked the killers to murder him. The short point made is that being a Muslim is sufficient provocation and justification for inviting retribution and death. 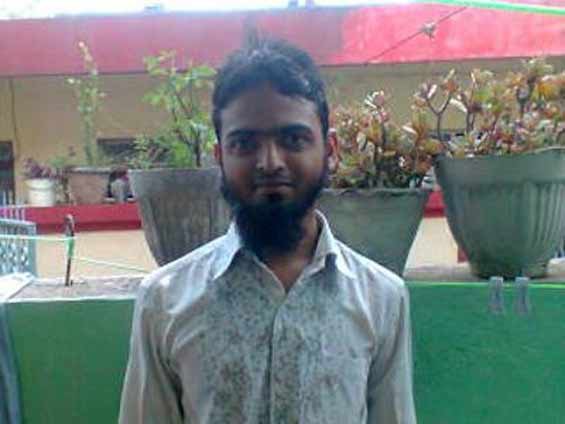 I cringe but am not surprised at this mindset, which I believe is pervasive in every walk of life. I have a dear friend — a God-fearing, educated Hindu, who would put his life on the line to protect me from harm. Paradoxically, he also believes that the mass killings of Muslims post-Godhra in 2002, in Muzzaffarnagar in 2013, were justified, that the eight unarmed, alleged SIMI terrorists who were gunned down in an “encounter” in Bhopal met their just deserts. How does one explain this contradiction? Obviously for my friend, our affinity transcends core beliefs but the fact that he harbours such deep animosity against Muslims in general only reinforces the view that seven decades after Partition, there is no let-up in the pathological hate and distrust that separate Hindus and Muslims.

In a society where Islamophobia is a routine part of our public life, where the fight against terrorism is barely distinguishable from anti-Muslim sentiment, my Muslim identity fills me with fears about the future. As an ordinary Indian Muslim, I worry that my views are out of sync with the mainstream on almost every national issue. Let me elaborate further even if it means being labelled an enemy of the state.

I believe that Pakistanis are our brothers. Like Muhammad Ali said about the Viet Cong, I have nothing against the Pakistanis. They are as human as we are, the essential difference being that they are saddled with a floundering democracy held hostage by the army and its auxiliary force, the terrorists. I pray that the world is rid of Hafeez Sayed and Azhar Masood, who orchestrate terrorist acts to drive a wedge between communities in India, a commonality of purpose that they share with our right-wing fundamentalists. In complete contrast with the popular euphoria, the surgical strike and the bragging that followed filled me with dread of never-ending conflict and burgeoning terror attacks. I desperately want India and Pakistan to be friends, even for my own sake, because I know that the massive anger against Pakistan can effortlessly metamorphose into vilification of the Indian Muslim.

The unrest in Kashmir is being rightly blamed on Pakistan-sponsored cross-border terrorism, but that is only part of this never-ending trauma in the Valley. In my view, the disastrous policies of the Central government over the years have done more to alienate the Kashmiri than anything else. The repression and “let-them-hate-so-long-as-they-fear” policy have played into the hands of separatists and Pakistan. How can one possibly justify the draconian Jammu and Kashmir Public Safety Act that sanctions imprisonment of one’s own citizens with impunity? When terrorists in other parts of the country are being dealt with under ordinary laws, why is Kashmir denied the basic lineaments of a free society? The road to normalcy in Kashmir hinges on the immediate repeal of this “lawless law”, as aptly described by Amnesty International.

It would be a huge mistake to believe that the Kashmiris are untouched by what happens elsewhere in the country. The disaffection in Kashmir cannot be disengaged from what’s happening on the mainland, a fact highlighted by the Yashwant Sinha panel. Mukhtar Abbas Naqvi, minister for minority affairs, in a moment of honest forgetfulness, observed that “minorities sometimes feel like second class citizens”. According to him, the overwhelming concern with terrorism that is unfairly perceived to be Islamic has ensured that the real life and death problems of the community “get buried”. A slew of happenings in the recent past have shaken Muslims’ faith in the system. Hardly a day passes when the Muslim is not reminded that despite being as Indian as anybody else, he is “the other”. Muslims face housing apartheid, are at par with Dalits in almost every Human Development Index and constitute a disproportionately high percentage of undertrials.

The invariable reaction to a terrorist act is to round up scores of Muslims, incarcerate and torture them. The honouring of an accused in the Akhlaq lynching, draping his casket with the national flag, the beef vigilantism, the Bharat Mata ki Jai controversy, the Assam minister’s racist statement differentiating between Hindu and Muslim migrants by referring to Muslims as enemies — these and other actions fill Muslims with disquiet. With Sakshi Maharaj, Yogi Adityanath and Giriraj Singh, mascots of the new nationalism, it is no surprise that Muslims are viewed as anti-national. Thankfully, demonetisation temporarily subsumed the poison in the air, the polarising politics and Muslim-bashing, but for how long?

The inexorable march of Hindutva to the centre of our national life deeply disturbs Muslims. It is distressing that Hinduism’s great eclecticism which propagates tolerance, pluralism, inclusiveness and a “live and let live” ethos has ceded ground to Hindutva, which upholds the unquestionable supremacy of Hindus and the exclusion of those who do not acquiesce in Hindu pre-eminence. Subramanian Swamy encapsulated the Hindutva worldview in stating that singing vande mataram and learning Sanskrit be made mandatory and non-Hindus allowed to vote only if they proudly proclaim heir ancestors were Hindus. In a like vein, M.G. Vaidya advocates the application of the Hindu Code uniformly to all communities and disenfranchisement of those who do not conform.

The impunity with which such deviant thoughts are being freely aired is hardly surprising, given the endorsement of Hindutva in the Supreme Court judgment of 1995 and obliquely upheld by the Supreme Court twice recently when it passed over the opportunity to revisit and amend this controversial judgment. The Supreme Court has described Hindutva as “a way of life” and synonymous to “Indianisation”, thereby bestowing it with the halo of nationalism. As Organiser, the RSS mouthpiece, so rightly put it, “the Supreme Court has put its seal of judicial imprimatur on the Sangh ideology of Hindutva”. After this, what hope is there for secular democracy?

The writer, a former civil servant, is secretary general of the Lok Janshakti Party. First appeared on indianexpress.com