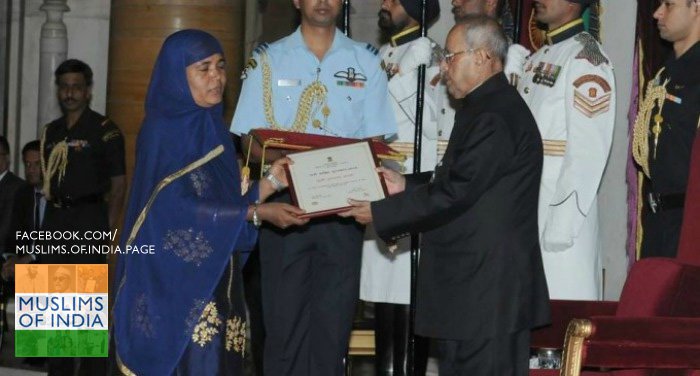 Courtesy: North East Today   The Nari Shakti Puraskar comprises Rs 1 lakh and a certificate.   The 31 awardees who were honoured included ISRO scientists, first-ever women troupe of Kathakali dancers, India's first female graphic novelist, survivors of acid attack and trafficking, environment and animal activists, among others.   Gender biases have no place in modern India where inclusive development is a key objective, President Pranab Mukherjee said.   When Anoyara Khatun was rescued from domestic labour in 2007 by Save the Children organisation in Kolkata, she decided to make sure that no other child in West Bengal suffered the same fate.

In 2015 Anoyara Khatun joined Bill and Melinda Gates to help women and children around the world.