The beef politics of BJP — Aren't they fooling themselves?

The disgusting cow vigilantism has claimed yet another life, this time in Alwar that lies between Jaipur and Delhi and is part of the NCR. That this happened close to Delhi and the earlier incident, in which one Muslim man Akhlaq was bludgeoned to death, happened even closer to the capital is a sign that this country has gone to dogs, nay cows. By the way, I often wonder that this idiom must pave the way for a new and more politically correct one: Going to cows! 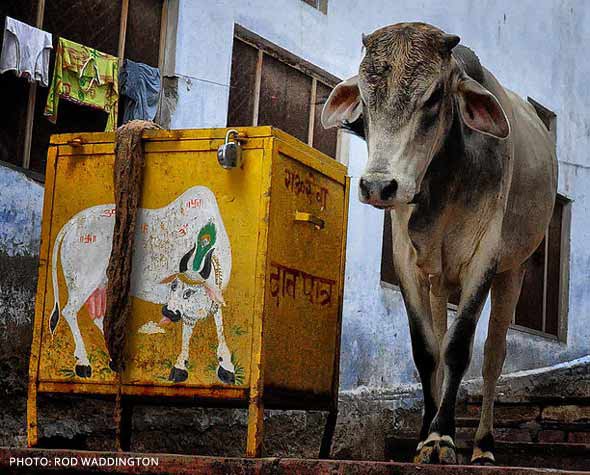 So BJP-ruled India has gone to cows. It's really strange that cow slaughter is banned but buff (buffalo meat, also known as 'Kara beef') can be consumed! A buffalo also gives milk. But it can be slaughtered for its meat. The logic is really warped. The uneducated Hindus of today must know that Ram, their Bhagwan or god, was a hardcore non-vegetarian and he relished beef (cow-meat, if one has any doubt whatsoever).

I invite these mad and fanatic Hindus to come to Poona and have a look at Valmiki's original Ramayan at BORI (Bhandarkar Oriental Research Institute). Alas, it's in Sanskrit and most of the Hindu fanatics have no knowledge of their ancient language just like most of the fanatic Muslims have no idea of Arabic despite reciting the Quranic verses in Arabic.

Valmiki clearly stated that Ram, Lakshman and Sita loved beef and Ram was amazed to know that Vibhishan was a vegetarian despite belonging to Asur/Rakshas kul (Demonic clan)!

Bharat, Ram's brother, didn't touch beef for twenty one days as a penance when he got to know that his mother banished Ram to forest along with Lakshman and Sita. So, who're these uneducated Hindus of today fooling in the name of protection of cows?

Mahabharat is full of instances of beef-eating. Arjun loved beef. So did Draupadi. Bheem needed a full calf as he was gigantic. All these are the heroes and idols of today's Hindus!

Well, one can say that these characters never existed. Very true..........Ram, Krishna, Arjun, Sita among others never really existed. They're all fictitious characters. The issue is not whether or not they existed. The point is: Ancient Hindus concocted these characters and wrote about their dietary predilections. 'The mythology of a group of people is nothing but an attempt to legalize its own socio-religious ethos of that time,' opined Dr Edward W Said in his immensely readable 'Orientalism.'

That Sanatan (ever new in Sanskrit) Hindus of that era approved of beef eating and superimposed it on their fictional religious and mythological characters, is a proof that beef politics is a recent anthropological development or a socio-political move which has nothing to do with pristine religion. Moreover, Rigved and Puranas of Hindus are replete with references to beef eating.