It was a chilly December evening of 1992. I was playing at the house of my friends — Manish and Piyush. We used to live in a canal colony built by the Britishers. I have always believed that these government colonies are the hallmark for a pluralistic society and I have a reason to claim that. 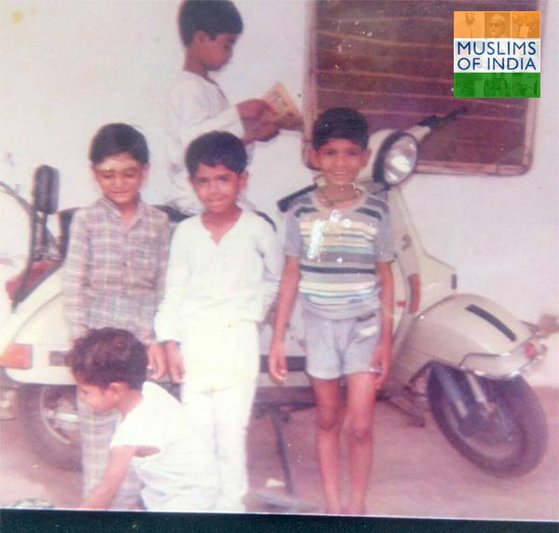 While we were busy playing our hearts out, the humble gardener, who used to work at the duo's house shouted, "Bhaiiya dange ho Gaye." As soon as I heard him, I started running towards my house. Manish and Piyush flanked me from right and left respectively, in order to assure that I reach my home safely. My family found refuge at Tiwari uncle's house, since it was a Hindu dominant colony. Tiwari uncle guarded us the whole night. Yes, he didn't sleep the entire night.

Then came the dawn and a clarification along with it; the news about riots was just a rumour spread by a gossip monger.

Those were the days when debates turned into altercations and it was definitely not easy to ignore some rumours about communal issues. But we never reacted to these issues because we grew up far-far away from the communal ideology. Growing up with Manish and Piyush gave me clarity to differentiate between propaganda and ideology, also nationalism and patriotism.

I went to Aligarh Muslim University, which is mostly considered to be the University for Muslims. Very few know that this is one University which is a testimony to Hindu-Muslim unity. In fact, not many people know that first ever graduate from this University was a Hindu — Dr Ishwar Chandra Prasad.

The canteen of Aligarh Muslim University, which is always bursting with usual verve and gusto often had the aroma of Kadhi Chawal taking over the air. Truly enticing and captivating, the delicious preparation had a man from the city of joy sharing its flavours with a man from the city of Khwaja Saheb — a Chishti and a Chatterjee, a Syed and a Brahmin.

For me, the spoons were often two, but the plate was always one.

After graduating from the University, I went to Dubai to work as a banker and I really don't know why I was much more comfortable with Abhishek from Mumbai than Dilshad from Karachi or Samer Kawaam from Egypt. Uncle Tiwari's guidance has always stayed with me, I just happen to be Muslim.

As told by Naved Ahmad