Qatar in the crosshairs of the American expansionist, extortionist plans

I have fond memories of Qatar. Nah, not that I ever travelled to that Gulf state but in the mid-1980s its envoy to India, Dr Hassan Al Nimah, hosted a series of baithaks at his Tees January Marg home here in New Delhi. It wasn’t any of those ordinary bungalows but deer, rabbits, peacocks, cattle and birds were to be spotted in its sprawling exteriors. And at one end, under a shamiana, one heard classical strains from our leading singers. Its here that I’d first heard the Dagar brothers rendering dhrupad …In fact, Dr. Hassan’s home was the very centre for cultural takeoffs. Though cultural meets also took place in the residences of the envoys of Lebanon, Libya, Iraq, Palestine and Jordan but not of that level and were more or less confined to a select few. Then, of course, with the entire scenario changing in the Middle East, these meets dwindled. As though closing of a glorious era and start of harsh times… 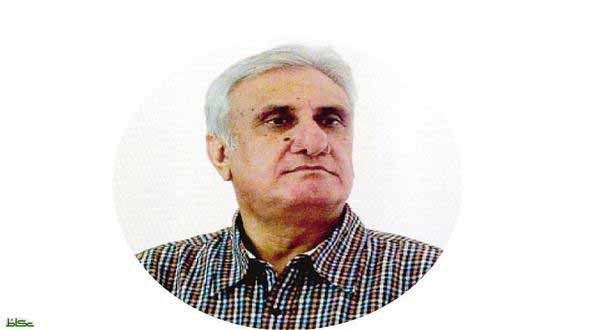 I’m offloading these details in the backdrop of the latest news coming in of the very boycott of Qatar by some of its neighbouring Arab countries. Saudi Arabia, Bahrain, Egypt, United Arab Emirates severing ties with Qatar…Though there’s much speculation about the very timing of this boycott, as it comes soon after U. S. President Trump’s visit to Saudi Arabia. But Trump isn’t a courier guy; no, he needn’t have flown all that way to relay the ‘boycott Qatar’ dictate. This latest strategy is part of the expansionist plans of America. Another of those ways to divide the already divided Arab world. Wreck the very economy and with that ruin yet another Arab country. In fact, millions will get affected. Not just in Qatar and in the Arab world but this boycott is bound to carry severe offshoots for us, living in this subcontinent. A series of dents on trade and traders, on workers and professionals based in Qatar.

In fact, till date Qatar was one of those Arab countries which seemed ‘untouched’ by America and there prevailed a certainty of sorts that it would remain so, after all, it had offered a military base and an airport for the American Air Force planes stationed in the Middle East. Now, of course, Trump is trumpeting his might. In all probability, Qatar’s oil wealth or its proximity to Iran or else its peaceful interiors proved to be too much for Trump to tolerate. Hence this fresh round of American onslaught on the Arab world. This time not direct; no bombing and killing of the civilians, but along more discreet patterns, via Saudi Arabia which is an ally of America.

Needless to add, the severity of this crisis will have a direct effect on the hundreds of thousands of Indian businessmen, professionals, workers and students based in Qatar. If and when they get back home, rather are forced by circumstances to get packing, a different set of dark realities will hit them - blatant killings of unarmed farmers by the police, political mafia hanging children and lynching adults, communal politics intruding into educational institutions, murderers sitting smug whilst hundreds of innocents thrown into hell holes, four-legged animals getting preference over the two-legged humans. The decay of this land by the ruling mafia will jolt, if not frighten, the home-comers!

RUSKIN BOND’s AUTOBIOGRAPHY TO BE LAUNCHED on June 20th ….

Well, I have had the privilege of interviewing him on previous occasions and so sooner my first interview with him progressed I’d queried, ‘Are you a Taurus?’

‘Well, I’m also a Taurus and know Taurus characteristics too well …the way they talk and their expressions bare all! You talk in that absolutely forthright way and then that ongoing focus in your life… you’ve been writing along that unmoving, stubborn streak.’

‘Yes, I have been very focused on my writings…. it kept me going.’

Those were what I would term ‘relaxed’ interviews, for he spoke from his heart and spoke out. To my query – why he is single; no girlfriend or wife or lover? He’d said, ‘Not been fortunate to have found a close friend so have remained single. Each time I’d looked up the astrological predictions for the week or month which said ‘love coming soon’ I sat hopeful, looking out of the window, awaiting for love to happen but no love arrived! So single I sit!’

WITH THE ARREST OF INDRA BISHNOI ….

With last week’s arrest of the prime suspect, Indra Bishnoi, in the sensational Bhanwari Devi murder that shook Rajasthan, I sat reading, rather re-reading celebrated Bollywood film maker Vinod Pande’s novel Saanvri – The Story of a Concubine (Niyogi Books). There are strong traces of Bhanwari Devi in the prime character of this novel.

In fact, I had to ask Pande whether that murder was the underlying factor for his novel to take off. And this is what he had to tell me, ‘Yes, to a certain extent. I consider the use of the term ‘haunting’ in describing Saanvri’s transformation, as a big endorsement of the element of realism that the author aspired to bring forth, in presenting her journey full of pain and humiliation before emerging as a formidable force. The story had already been written by me in the form of a full script for a film that I intended to make. But as I did not succeed in raising the finances, hence chose even a more fulfilling option of expressing it on paper, where the issues of length, costs and wherewithal were not to be the obstacles…And do characters like Saanvri survive in the web of hypocrisy? Some do, and some don’t and get crushed and spilled out. And then, there are some who become part of the system; the hypocritical, self-righteous and incestuous system of deceit and lies, prying on more victims.’