By nominating Ramanth Kovind as the Presidential candidate, BJP has tried to play the politics of tokenism to the hilt. Mr. Kovind is a dalit from UP. While many names were doing the round from BJP parivar, finally they settled for a person who is dalit in name and Hindu nationalist in ideology. Last three years of Modi Sarkar have not only seen rising violence against Muslims and religious minorities but also against dalits in particular. Starting from banning of Periyar Study Circle in IIT Madras, to creating a situation where Rohith Vemula, a dalit research scholar, had to take his life, to ‘cow-violence’ against dalits in Una, the dalits as a social group have come under severe attack, which is a by-product of the Hindu nationalist politics. Apart from this, there are also instances where a Central minister equated dalits to dogs, a BJP leader, UP BJP vice President Kripa Shankar Singh to be precise, said that Mayawati was worst than a prostitute. Incidentally, he was apparently reprimanded but through back door his wife was given the ticket for assembly elections and later was made a minister in Yogi cabinet in UP. To add salt to the injury, one saw the horrific anti-dalit violence against dalits in Saharanpur as Mr. Yogi came to power and upper caste people are feeling more powerful. When the Bhim Army under Chandrasekhar protested against the attacks on dalits, young Dalit leaders were arrested while the attackers were left off with minor charges. 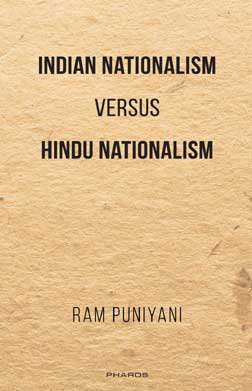 This move of nominating Kovind seems to be a superficial attempt to assuage the deep injury inflicted on the dalits of the country. One recalls here that after the Gujarat carnage, orchestrated on the pretext of Godhra train burning, and the deep wounds inflicted upon Muslims in Gujarat, Mr. APJ Abdul Kalam was chosen by BJP to be the President of India. It was another tokenism which did not change the deeper anti-minority dynamics in the society. This is what tokenism is supposed to be doing, creating an impression that one is offering a helping hand while in reality doing the very opposite.

Mr. Kovind has been an RSS swayamsevak; he has donated his ancestral house for RSS work. His opinions, as reflected in many of his statement, show that he regards Islam and Christianity as alien religions. This came out when he was participating in a debate on Rangnath Mishra Commission report, when the issue of reservations for dalits converting to Islam or Christianity came up for discussion. Mr. Kovind says that education should have primacy over reservations, undermining reservations for dalits.

As a part of BJP, Kovind has been trying to woo the non-Jatav Dalits in UP in particular. BJP-RSS have won over many a dalit. Likes of Mr. Ram Vilas Paswan, who has been compromising the interests of dalits for the sake of personal power, said that all those who oppose Kovind should be regarded as anti-dalit! What does it mean to be a dalit leader today? There are many of the likes of Kovind and Paswan who seal their lips when atrocities against dalits are going on and rising. The dalit leadership is in a dilemma today. Many of Ramvilas Paswan variety of dalit leaders are aligned with the Hindu nationalist politics of BJP-RSS as it gives them perks and power on an individual level. But there is a large number of others who are engaged in the protests against the system on the issues of survival and dignity of the dalits, for their rights as equal citizens. For the dalits the major achievement has been the coming into being of Indian Constitution, a document giving them theoretical equality. It gives them the ground on which they can stand and struggle for their rights.

On the other hand, the politics of RSS has been opposing Indian nationalism, in favour of Hindu nationalism. RSS politics has been upholding the scriptures which have provisions of caste hierarchy inherent in them. As such Hindu nationalism has come a long way during the last a century or so. Is it a coincidence that RSS came up in the context of the rising protests by dalits in the form of the non-Brahmin movement in Vidarbha region of Maharshtra. This movement was against the social structure which gave primacy to landlord Brahmin. Movements based on equality have been running parallel to the freedom movement. The dalits were articulating their needs through agitations and movements for equality. Hindu nationalism upheld the age-old system; it upheld the caste structure in a subtle way. In due course, especially after the 1990s the politics of RSS-BJP has been opposing reservation and equality for dalits. It has operated at multiple levels to co-opt the dalits in to its political fold. Adding on to Vanvasi Kalyan Ashram, which has been working for Hindukaran (Hinduisation) of Adivasis, Samajik Samrasta Manch (Social harmony forum) came up to oppose the struggles for Samata (equality) in favour of ‘harmony amongst castes’. Through cultural mechanisms, it has been trying to propagate that dalits have been defending Hinduism against the attacks from Islam.

Lately the RSS combine has been making attempts to pay respect to Ambedkar by calling him a Great Hindu, by observing his anniversary at a grand scale etc. Ambedkar’s politics and Hindu nationalist politics are polar opposites. Ambedkar stands for Liberty, Equality and Fraternity while Hindu nationalism stands for the hierarchical values of the Vedic times. Through social engineering, dalits have been made to participate in the destruction of the Babri Masjid and also to participate in anti-Muslim violence. How does one assess Mr. Kovind? The politics of a person is not just guided by birth, dalits propagating and working for Hindu nationalism are harming dalits in a serious way, while even non-dalits upholding the path of Ambedkar are truly working for uplift of dalits!

Mr. Kovind must have taken the oath of RSS which calls for primacy of the Hindu nation. Indian Constitution is the bible of the Indian nationalism. What will he uphold as President of India, the former or the latter?