India’s Centennial in 30 years: Greatness through Knowledge-based Industry is within reach

India’s independence seventy years ago was indeed a tryst with destiny as it heralded almost the rebirth of a new and modern nation with vast hidden potential.  In a hurry India unleashed a wide range of bold social, technological and cultural reforms and initiatives.  Today we can almost see the sun on the yonder horizon when the centennial Independence Day dawns in just thirty short years. 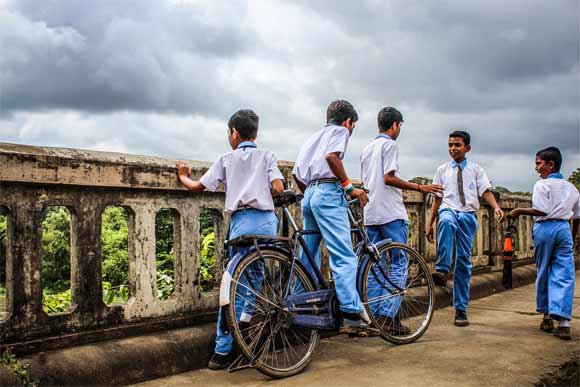 The liberalization of the economy in 1991 and the arrival of the multinationals truly transformed the nation’s basic culture and infused a huge spirit of competition and desire to improve capability across the board.  It also raised everyone’s expectations of a good life sky-high. From almost nowhere young engineers built India’s ability in the Information Technology (IT) industry to a point where India has become a global leader in this field and IT has become India’s brand.

This points to yet more opportunity and ability to similarly develop the other knowledge-based industries of electronics, hi- tech products, computers, I-phones, medical technology devices, pharmaceuticals etc.  to the level of becoming India’s brand.  India must aggressively pursue being an exporter of these hi-tech products all over the globe.  For that, hopefully before the centennial the development of the modern industrial infrastructure including the power generation capacity with many more nuclear power plants, would have been accomplished.

Indeed, today with its low payload per pound launch cost and high success rate in launching satellites, ISRO offers an excellent alternative to France’s ARIANE launcher and China’s Long March launcher.   To better compete with other global satellite launching organizations, ISRO needs to augment its capacity to launch significantly heavier payloads in significantly farther orbits, compared to what it is doing today.   With better resources and expansion in the next decade, it is within ISRO’s reach to substantially improve its management and marketing of programs for launching and servicing of satellites and to become a major partner to NASA, European Space Agency (ESA) and Japanese Aerospace Exploration Agency (JAXA).

India is definitely trying to look forward to a tomorrow of modernity but it is still quite a bit behind other modern Asian giants like China and Japan.  The problem lies with the political infrastructure of the government that does not give as much attention to science and technology growth as it should.  Instead, they spend lots of energy and resources in internal squabbling and catering to the whims of those who give higher priority to making India a sectarian rather than a secular and modern nation.

Midway in this march forward to the bright Independence Centennial Day when you look back you see that the quality of the nation’s political parties and politicians has degraded significantly compared to the 1950s/1960s when resources were fewer but tolerance and cooperation with others was high and sectarianism was going down. Instead of advocating the long standing commonality of the people to motivate them, now quite a few powerful politicians are harping on divisions based on religion, caste and ethnicity, and lately of whether you are a vegetarian or a non-vegetarian, to win elections.

As an Indian-American Muslim who graduated from the Indian Institute of Technology Kharagpur and had dreamt that my generation will modernize the country and the society by imbibing science, technology, modern thinking and a pluralistic society and make India first among equals in the comity of world class nations, I become wistful as I think of the approaching centennial of our Independence Day.

The opportunistic promotion of religion based hyper-nationalism by some politicians and political parties to win elections is causing existential worry for many in the minority Muslim, Christian and Dalit communities.  It appears that the sectarian situation in the country may become worse before it improves, thereby veering India away from succeeding in the competition with other world class nations.

The writer is a senior aerospace engineer at NASA.  He is also the Executive Director of the Association of Indian Muslims of America, Washington DC.