Nature abhors a vacuum and what follows is always better 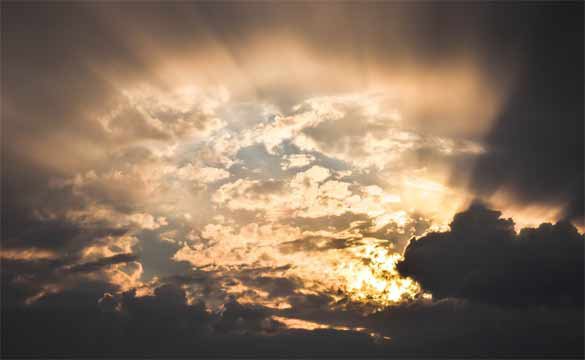 A vacuum or void must therefore be filled to be in sync with nature's nature. The moment something goes out of one's life, another thing quickly comes in. This goes on. The great Urdu poet Daagh Dehlavi lost all his diaries in a conflagration in Delhi. He had twenty six diaries and all were gutted. He lost innumerable creations that he painstakingly wrote and jotted down in those diaries. But he himself wrote that after losing all the diaries, he had an intuition that now he'd be able to write even better. He again started writing and admitted that after that episode of incineration in which he lost all his diaries, his second innings of creativity was more productive, prolific and profound. The same fate befell the English historian and critic Sir Thomas Carlyle, whose finished manuscript of The History of England was destroyed by his puppy. He badly chewed it! Carlyle rewrote the same volume even better and became immortal.

To fill in a vacuum is a cosmic purpose to the continuation and sustenance of life's elan vital (life-giving) force. Nothing worthwhile or productive grows and thrives in a vacuum. Science has proven that the moment we lose something, rest assured something better is on the anvil and round the corner. A temporary void or vacuum is actually a cleansing process. Mind, body and spirit need routine detoxification. A temporary vacuum provides that and cleanses out those toxic elements to be refilled by nature with greater vitality and spiritual vitamins.

In life, every situation has its tutorial value. A vacuum provides an existential depth and what follows is always better than the earlier. This we understand only in retrospect and this hindsight wisdom never dawns when we're down in the dumps. And that's the reason, it's called hindsight wisdom!

Astrophysicists like Dr Subhramanyan Chandrashekhar and Fred Hoyle believed that even the so-called 'Black-holes' are not huge voids. These are full of palpable astral energy, imperceptible at times by the limited human intelligence.

Nature is forever in a state of flux and a vacuum is static. So it's but obvious that nature will attempt to fill in that static state and galvanize it to function. Jean Paul Sartre wrote in 'The Nausea' that 'Just like the goblets are constantly filled with wine in a round of cerebral meeting and fags never leave the lips, nature makes it a point never to leave anything hollow, shallow and empty. It'll invariably fill that.'

Very sage analogy, so to say. Nature indeed takes care of a void and fills, nay fulfills it. Experience it and you'll wonder at nature's empathy as well as silently generous wisdom.