Taj Mahal in the storm of history and propaganda

The radiance of Taj Mahal, at the moment, is blurred not by deterioration in climatic conditions but by unfounded discourse of xenophobes. The glory in white marvel is eclipsed not by centuries of its existence on the dingy bank of Yamuna river but by ill-perception and betrayal in the hands of its own current custodians. Truly, the World’s 7th Wonder is abashed by pride of its own minarets and begs  mercy of respectful attention in the light of historical facts and findings. 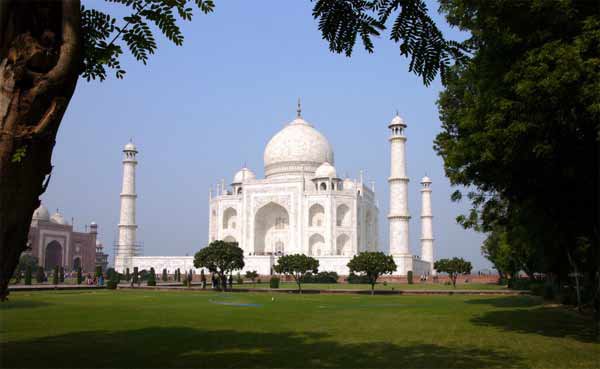 The controversy surrounding Taj Mahal in recent times injected by narrow political mindset receives its sustenance not from history but from propaganda.

Taj Mahal need not take pain to explain its birth and existence. For centuries, the historical monument has been an icon of grandeur and pride, love and sacrifice not only for the people of India but also for the entire world. From presidents, prime ministers, princes, paupers to business tycoons, every segment of society from all around the globe is witness to its charm, and its history has existed in full light of human knowledge and experience.

History as testimony to Taj Mahal

Archeological Survey of India explains: ‘Taj Mahal, the pinnacle of Mughal architecture, was built by the Mughal emperor Shah Jahan (1628-1658), grandson of Akbar the great, in the memory of his queen Arjumand Bano Begum, entitled ‘Mumtaz Mahal’… The Taj Mahal is the mausoleum of both Mumtaz Mahal and Shah Jahan.”

Encyclopedia Britannica records: ‘The Taj Mahal was built by the Mughal emperor Shah Jahān (reigned 1628–58) to immortalize his wife Mumtāz Maḥal (“Chosen One of the Palace”). The name Taj Mahal is a derivation of her name.

It continues: ‘The plans for the complex have been attributed to various architects of the period…The five principal elements of the complex—main gateway, garden, mosque. jawab (literally “answer”; a building mirroring the mosque), and mausoleum (including its four minarets)—were conceived and designed as a unified entity according to the tenets of Mughal building practice, which allowed no subsequent addition or alteration.’

Across breath of world history, Taj Mahal occupies a place of prominence. After a visit to the Taj Mahal, British humorist and artist Edward Lear remarked: ‘Henceforth, let the inhabitants of the world be divided into two classes---them as has seen the Taj Mahal; and them as hasn’t.’

‘The Taj Mahal stands as a testament to one of history’s most enduring love stories, Shah Jahan, ruler of the Mughal Empire in India built it as a memorial and tomb for his beloved wife’ (The Taj Mahal by Lesley A. DuTemple, Lerner Publications Company, Washington, USA).

Undeniably, history acknowledges Taj Mahal for what it symbolizes for. The Nobel Laureate, Rabindranath Tagore’s famous poem, Shah Jahan, still resonates: ‘Still one solitary tear would hang on the cheek of time, in the form of this white and gleaming Taj Mahal’ while Rudyard Kipling describes it as 'the Ivory Gate through which all good dreams come’.

Taj Mahal as victim of propaganda

There was a time in history when external threat to Taj Mahal was protected by a thick layering of bamboo scaffolds over the dome during World War II. But how could the Wonder of World be protected from the onslaught of its own persent custodians who turn hostile?

Sangeet Som, a BJP legislator from UP, fueled controversy after Taj Mahal was removed from the list of historical places in the UP tourism booklet. He reviled the monument at a rally in Meerut when he said: ‘What history are we talking about? The man who built Taj Mahal imprisoned his father. He wanted to massacre Hindus. If this is history, then it is very unfortunate and we will change this history, I guarantee you". He described Taj Mahal as a “blot on Indian culture”.

Vinay Katiyar, a BJP MP from Kanpur, alleged: ‘“It was Tejo Mahal, Lord Shiva’s temple, where Shahjahan buried his wife and turned it into a mausoleum,”.

Another BJP leader Subramanian Swamy accused that Taj Mahal was built on a stolen property. He said: ‘There is evidence on record that Shah Jahan forced the Rajas-Maharajas of Jaipur to sell this land on which Taj Mahal presently is standing, and he gave them a compensation of forty villages, which is nothing compared to the value of the property’. He further asserted: ‘The documents also suggest that there was a temple on the property. But it is still not clear whether Taj Mahal was built after the demolition of a temple.’

Fuelling the controversy are the writings of a fringe historian, PN Oak, whose works were dismissed for decades but are enjoying new prominence these days among some right-wing hardliners ruling India today.

Oak claimed that much of the world was once ruled by an ancient Hindu empire, that the English language is a dialect of Sanskrit, and that Westminster Abbey is, in reality, a temple to the deity Shiva.

The Taj too, he argued, was originally a Shiva temple built by the maharajah of Jaipur, and initially named the “Tejo Mahalaya”.

His theory has been cited by several BJP legislators to cast doubt on the provenance of the monument. (Hardline Hindu nationalists campaign against Taj Mahal, The Guardian, 30 October, 2017)

While history is about scientific research and inquiry, propaganda is about manipulating and influencing the opinion of groups to support a particular ideology. History proceeds by the interpretation of evidence and is for human self-knowledge, propaganda is to distort the truth and suppress the counter-argument.

What we come across every day from some irresponsible legislators of BJP about Taj Mahal constitutes a mode of propaganda which emphasizes virtues of one idealogy or group while discrediting the other without an opportunity of healthy debate in the light of authentic records of history.

Taj Mahal is not the only ‘issue’ in the storm of controversy these days. Time and again, Love Jihad, Ghar Wapsi, Haramzade (illegitimate)speech by Sadhvi Niranjan Jyoti…manysuchissues have previously been raked up to serve a calculated goal.

It appears as if we live in an age of propaganda. It seems as if India lacks genuine ‘issues’ to talk about. One is reminded of what Pratkanis and Aronson explain: "Every day we are bombarded with one persuasive communication after another. These appeals persuade not through the give-and-take of argument and debate but through the manipulation of symbols and of our most basic human emotions. For better or worse, ours is an age of propaganda" (Anthony Pratkanis and Elliot Aronson, Age of Propaganda: The Everyday Use and Abuse of Persuasion, rev. ed. Owl Books, 2002).

One of the fundamental lessons to derive from the study of history is not to repeat the mistakes committed in the past. Those who seek to impose an absolutist and all-encompassing ideology hold a defeatist perspective of history.

Indiais a complex civilization. The evolution of ‘India’ as a nation is the result of a series of successive efforts of individuals in the past. Ancient India produced advances in philosophy, mathematics and astronomy while Mughal India had immense contributions to the field of art, architecture and administration. To recognize this and to take pride in this heritage of human advance is not to acknowledge the cruelty and oppression of the past endeavors.

Yes, some Muslim rulers plundered and ravaged the land, yet many others stayed put and governed the land and its people, adding to the richness of collective human experience and achievement.

The success of democracy in India depends not on propaganda but on the ‘quality’ of politics being practiced. Cal Thomas aptly sums up: “One of the reasons people hate politics is that truth is rarely a politician’s objective. Election and power are”.

Let ‘inclusive Indianness’be the core value of our politics, rejecting atavistic sectarianism. Let the mind of future India be shaped not by emotive issues but by the quality of debate and dissent allowed. Instead of flexing unnecessary muscle over ‘history’of Taj, let our politicians be concerned about contemporary ‘issues’such as poverty, education, health and employment. That will be truly a great service to the nation and its people.

The author may be contacted at azeemamu-at-gmail.com