Speculations are being voiced on Gujarat assembly polls being a key trial for Congress leader Rahul Gandhi. Though BJP is expected to win the assembly polls in Gujarat, in opinion of few, Congress will give a stronger fight than before. And this in itself may be a sign of Congress proving more troublesome for BJP in 2019 parliamentary elections than the ruling party’s calculations. A key factor responsible for a better performance of Congress may be the party leader Rahul’s campaign proving to be more energetic than before. It seems he has finally come to grips with what Indian politics demands. Thus, he is creating an impression of being on a stronger footing than he was earlier. 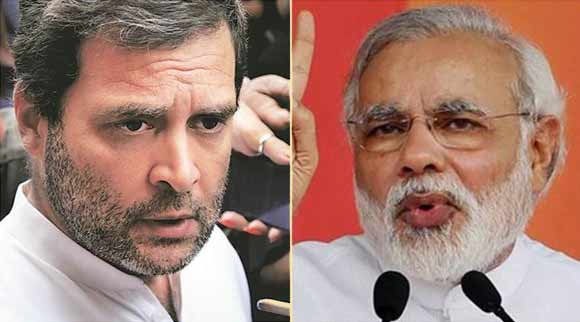 Besides, Congress party has accepted that at this stage it is not possible for it to give a strong fight to BJP simply on its own strength. With the Congress being much weaker, numerically and also politically, than what it used to be around three decades ago, it has no other option but to gather together as many anti-BJP factions as possible. There is yet another advantage behind this political strategy.  During the last three assembly elections in Gujarat, the difference in the votes secured by BJP and Congress was around 10 percent. Yet, the Congress failed to win more than a third of the seats in the 182-member Gujarat assembly. This suggests that Congress is not on as weak a political ground in Gujarat as it is assumed to be.

Statistically, however, the number of seats won by Congress suggests that it has not been able to give a stiff competition to BJP. Despite a narrow gap between the votes gained by BJP and Congress in the last three elections, the former has been able to win twice the number of seats than the latter. Compared to 149 seats won by Congress in 1985, in 1990 it won only 33 seats. Since 1990, BJP has remained in power, winning more than 100 seats. The picture would have been different if the Congress had been able to win more than 80 seats. This has not been the case, with it winning only 45 seats in 1995, 53 in 1998, 51 in 2002, 59 in 2007 and 60 in 2012 assembly elections.

As BJP was formed in 1980, the question of it giving a strong fight to Congress in 1985 and the earlier elections was as good as non-existent. In 1980, BJP won nine seats and 11 in 1985. It may be recalled that BJP’s communal strategy, the so-called Hindutva-drive, backed by Ayodhya movement, played a major role in helping the party emerge as a significant national party. The Hindutva-drive helped BJP increase its tally from nine seats in1980 to 67 in 1990 and 121 in 1995.  In this context, the hype raised about the same issue by BJP members cannot be ignored. This particularly refers to Uttar Pradesh (UP) Chief Minister Yogi Adityanath giving great importance to the Ayodhya issue as a part of his agenda.

Considering that Yogi has won UP elections recently, it would not be appropriate to consider this move as solely for his own political benefits and/or that of his party in UP. It is possible, this is a part of BJP’s political strategy to touch people’s religious nerve in other states heading for assembly elections, specifically Gujarat. After all, Gujarat is Prime Minister Modi’s home state. An electoral shock here, that is results favouring Congress and spelling BJP’s defeat, would be viewed as a dangerous signal for Modi in the next parliamentary polls, scheduled in around two years’ time if not earlier.

Though Modi is still said to be riding high where his popularity among the people is concerned, the voters have begun questioning his credibility on several issues. These include inflation, increase in communal incidents such as lynching by gau rakshaks, pressure on the freedom of the Indian media, economic losses faced by numerous business houses, loss of employment and so forth. Economic woes by traditional business centres have not spared Gujarat. Now, the big question is whether Modi’s popularity and his command at the Centre will prompt voters in Gujarat to favour him despite their feeling the pinch of financial problems?

It is possible, economic woes faced by voters may play a major role in their choosing between the BJP and Congress. The attempt being made by BJP in tapping the religious card may not have any significant impact in Gujarat assembly results. Muslims here form less than 10 percent of the population. Besides, unlike most other states, Gujarat is not home to major regional parties. These may be viewed as the first assembly elections in which Rahul’s political campaign is spelling some alarm bells for BJP. If Congress wins more than a third of the seats, it would spell positive signals for the party and Rahul’s political credibility. Some analysts have projected these elections as a neck-to-neck fight between BJP and Congress. Or it would be more appropriate to describe it between BJP-led by Modi and Congress-led by Rahul.