As the crucial Gujarat State Assembly election approaches where BJP is facing an uphill struggle in the polls and all indications are that it may loose the election because of its very dismal and corrupt record, BJP and its associates are once again dividing the society and voters to show to the Hindus that they are their true defenders. This time there are hardly any issues on which they can incite Hindus against Muslims, because on the whole the Muslim community is on its best behaviour, acting in tandem with the Indian mainstream. Also Muslims have demonstrated exemplary restraint by not reacting with violence to the many incidents of lynchings of innocent Muslims by the cow vigilantes in many parts of north India. 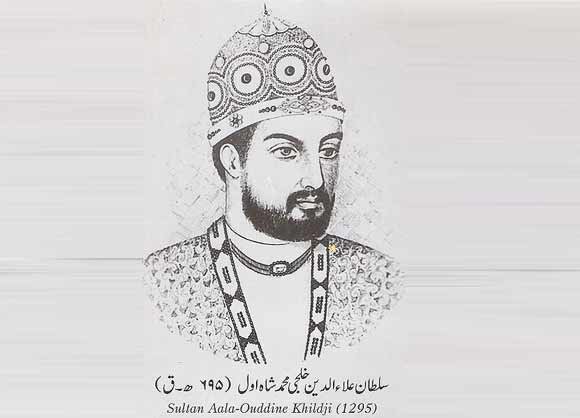 BJP's record of governance in Gujarat, where it has ruled for 22 years, is that of rank corruption, crony capitalism, gross neglect of the developmental needs of the common people, and unleashing police brutality on those who speak out. Gujarat police has brutalized many Dalits, Patidar Patels and poor Hindus when they spoke out on the very bad economic condition in the state of Gujarat.  Unemployment among the youth is running at an all time high, development of basic public facilities, roads, schools, hospitals, garbage collection, availability of electricity in vast areas of the state is in shambles.  In contrast, the Gujarat BJP government has given massive loans and tax exemptions to a handful of industrialists, e.g., Amabanis, Adanis, Tatas etc.  Sons of top BJP leaders, e.g., BJP chief Amit Shah and Gujarat chief minister Rupani have made fortunes by indulging in illegal activities and abusing the government's loan schemes.

The trusted votebanks of BJP, Patidar Patels (Hardik Patel), Dalits (Jingesh Mewani), tribals, lower income upper caste Hndus (Alpesh Thakur) have openly revolted against BJP due to its false promises that have not been fulfilled. BJP central government's disastrous policies on demonetisation and GST have hit the trader Hndu community, the backbone of BJP voters, very hard indeed, as most of these folks have been using cash transactions for very long.

With an awful record of governance in Gujarat for over two decades, and not even the Muslim card to play with, BJP strategists are gambling on invoking the falsified account of a historical Bollywood movie, 'Rani Padmavati', on the life of a 13th century queen of the erstwhile Rajput kingdom of Chittor. It so happens that in the same time frame, nearly 800 years ago, the king in Delhi was Alauddin Khilji. By all accounts he was a benevolant king.

But about 200 years after Rani Padmavati and King Khilji had died, some folklore songs and fables came up with stories about both which tried to link them in an imaginary romantic story, as is the custom in many folklores in India. Cutback to 2017, Sanjay Leela Bhansali makes a historical movie on Rani Padmavati and casts Deepeka Padukone in the lead role as Rani Padmavati. All lead actors, director, producer etc are Hindus; no Muslims is in any prominent role. The movie contains no romantic scenes involving Padmavati and Khilji and in fact there is no scene or dream sequence in the movie where the two characters are seen together.

BJP and its associate the Karni Sena, a small extremist RSS-backed Hindu organization, have raised a political frenzy, falsely alleging that the Bhansali movie is insulting Padmavati by showing her in an amorous relationship with Khilji. Several BJP and Karni Sena leaders are pledging to behead both Bhansali and actress Padukone for insulting Hindu Rajput pride by making this movie.

However, a large number of leaders of the Bollywood movie industry, secular political leaders, journalists etc who happen to be Hindus, have strongly defended Bhansali’s movie and have condemned those BJP and Karni Sena leaders who are disturbing peace with inflammatory pronouncements to burn the movie houses where the movie may be released on December 1.

This crisis has been created by BJP simply to polarize the Hindu voters in Gujarat and to ensure that they once again think of them as the champions of the Hindu community and vote for them in the Gujarat election in December, despite their 22-year-long awful record of poor governance and mistreatment of people.

This is a case of BJP trying to transform India into a Hindu-Taliban nation, influence Hinduism itself and a lot of secular Hindus who oppose such political tendencies to exploit religion for votes that BJP has done umpteen times. How can such a large number of educated Hindus in Gujarat be fooled one more time by BJP which is trying to exploit an old folklore story written by some misguided poet 600 years ago?  What about the fact that India has modernized so much in the last seventy years and is trying to be among the top nations on the world stage?  How can Hindus accept both contrived obscurantism and modernity in the same breath?  What will it do to their community image on the world stage?  So this is the time for secular Hindus to call BJP's bluff and send a clear message to those who exploit religion in the political process that they reject such ploys wholesale.

The writer is Executive Director of Association of Indian Muslims of America, Washington DC