A quarter century has passed since demolition of the Babri Masjid in Ayodhya, Uttar Pradesh (UP). The mosque was demolished by Hindu extremists on December 6, 1992. It was accompanied by communal outrage across the country. The communal activists were labelled by western media as Hindu terrorists. It did not take long for secular image of the country to be tarnished across the world. Even today, the world doesn’t take long to accord a negative image to practically the entire country when a few communal incidents take place. Yes, it would be ideal if India did not witness a single communal incident, labelled as cow-lynching, murder of any journalist for daring to speak/write against communal extremists and if discriminatory bias was not entertained by extremist elements against certain communities on account of their religion, caste and so forth. Who is bothered about the common Indian’s approach? 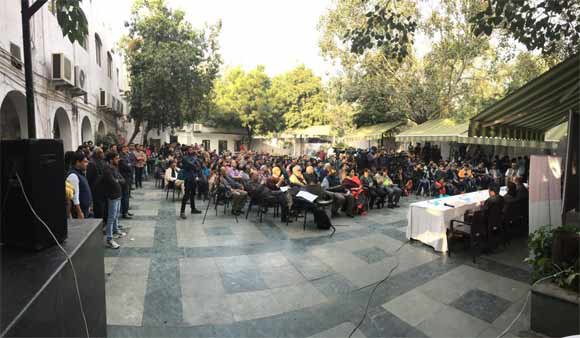 Yes, be it 25 years ago, a century, several centuries earlier or today, the average, common Indian has never really been as communal as he has been projected to be. If that was true, India would not have remained a secular nation. Perhaps, it is time that some misperceptions about secularism of Indian society were corrected. Till these are entertained, some element of communal extremism is likely to be exploited for political reasons. Let us accept it, political developments are witness to demolition of Babri Masjid being primarily a political agenda of some extremist elements. It is also a pointer to these elements entertaining the perception that tapping the religious nerve of common Indians spells an easy electoral victory. After all, how can it be ignored that BJP’s political success from where it was in 1992 to where it is now cannot be de-linked from the Hindutva-drive and Ram Janmabhoomi movement, the party and its saffron mentors have promoted. But there is a catch here.

The preceding years, following demolition of Babri Masjid, are not witness to an increase in the importance of the controversial Ayodhya issue for the average Indian. A rudimentary analysis suggests that the new generation of Indians is hardly aware of what 6th December 1992 stands for. It is not without reason that prior to stepping onto the national stage in 2014 parliamentary elections, BJP leader Narendra Modi chose to don the secular mask. Yes, it is accepted that since his stepping onto the centre-stage, India remains witness to communal incidents, particularly the cow-lynching cases, taking place. But this is one side of this phase. The other side indicates that secular voices of Indians have not been silenced. Rather, demonstrations organised by them regarding Muslims being deliberately targeted in the name of cow-lynching, journalists being assassinated for choosing to voice their secular stands and so forth are just a mild indicator of the strength still retained by Indian secularism.

For a second, just compare the nature of these demonstrations with that of communal incidents India still remains witness to. The secular Indians have displayed no inhibitions in thousands gathering with anti-communal posters, banners and other signs in different parts of the country. They have used Facebook, WhatsApp and other means to spread their messages. Incidentally, they have received substantial media coverage, largely of a positive nature. In contrast, the cow-lynching cases, assassination of journalists and other similar communal activities have largely been organised discreetly and have received negative media coverage. The communal activists have apparently given greater preference to commit crimes and yet remain behind scenes. And this is just a tacit indicator of reality that they apparently are well aware of, their communal activities are least likely to be welcomed across the country and of course by the world.

Yes, attempts are being made to distort Indian history and spread rumours about the communal nature of Hindus as well as Muslims. India has certainly been witness to centuries of rule of Muslim kings. If they were really as communal as is being projected by several extremist elements, Muslims would not have remained a minority community here. Their population is a pointer to Muslim kings having chosen not to interfere with the religion of this country’s majority community. In the same vein, demolition of the Babri Masjid is not an indicator of  the entire Hindu community having become communal. Rather, less than a percentage of country’s population actually participated in this activity.

The preceding point is further supported by participation of Hindus in greater numbers than other communities, including Muslims, in anti-communal, secular demonstrations. In other words, India would not have remained a secular nation if it was not supported by its majority community. Also, the common Indian in today’s age is more concerned about his source of income than communal drive of extremist elements. He/she would rather not be moved to a stage of communal frenzy being deliberately promoted because, whatever his/her religion is, most are supportive of not letting their earnings be disturbed. Some credit must be given to their approach, with several anniversaries of 6th December having passed without the communal outrage witnessed in 1992!