If Padmaavat was a Muslim lady, Khilji a Rajput ruler

Nilofar Suhrawardy 08 Feb 2018
Fiction is Fiction! Business from fiction, caste and glorifying social evils! Caste-factor still plays a prominent level at most levels in India, socially, politically and economically. And it seems to have worked for this controversial movie.

If Padmaavat was a Muslim lady, Khilji a Rajput ruler and Karni Sevaks Muslims, in all probability, the entire scenario would have been of a different nature. Taking the last point first, Karni Sevaks would probably have been declared as terrorists. Also, police action taken against them would not have prompted them to indulge in as many destructive activities as have been. Secondly, opinions would have been voiced about needless opposition to what was being displayed in the movie as after all it was only a movie. Of course, greater noise would perhaps have been made against barbaric nature of Khilji displayed in the movie. And the issue of jauhar would not have prevailed. 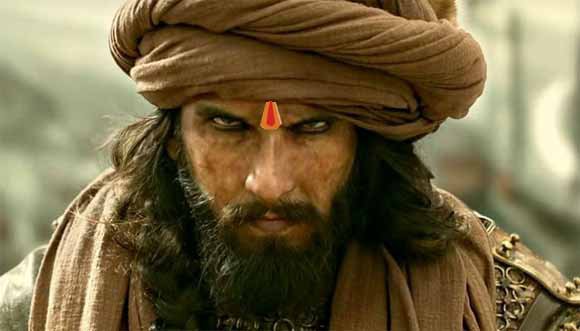 Of course, most – including movies – are at times also expected to convey some social message with a positive impact. But a movie, after all is in general, taken as a means of entertainment. Now, does the protest raised against Padmaavat suggest that Bollywood movies should be totally research-oriented, based on facts and not diverse from reality? Interestingly, the nature of caste-oriented opposition to the movie’s release has strongly exposed the degree to which social schisms of this nature can be exploited to ensure that they are paid attention. Yes, some of these extremists have not even refrained from targeting a school bus, destroying property, threatening jauhar and so forth if the movie was released.

Paradoxically, there is nothing surprising about Karni Sevaks’ opposition based primarily on the caste factor. They could have made noise about nothing else regarding the movie. Give it a thought. Caste-factor still plays a prominent level at most levels in India, socially, politically and economically. And it seems to have worked fairly effectively for this apparently controversial movie. Quite a few politicians have claimed to have no objection to this movie and have also discussed the issue among fellow politicians of the same caste (Rajput). This seems equivalent to their seizing the opportunity to let the rest of the country know about their caste-background.

Ironically, Indians appear to be well-versed in the art of using just any occasion to propagandise what they feel may prove to be fairly advantageous for them. Little or no attention was paid to property and/or lives of those being targeted, when Karni Sevaks resorted to violence. Their key motive was to apparently gain media attention. And the same, though from a different angle, may be said about ones who have pronounced their castes while talking about the movie. This is India, where fiction can play strange games and also be exploited strangely by different sections of people primarily for their own sake.

Little importance has been given to the reality that this is 2018 and not the age when small screen was almost revered in most homes. A few decades ago, when the religious serial Ramayana was telecast, actors in their roles as “deities” were worshipped by quite a few people. Now, several dozen channels telecast several religious serials. Entertainment on television, through mobile, Internet and so forth has come a long way from what it was in the 1980s. In the present era, the question of most people easily equating what is depicting on the small and/or large screen with reality has ceased to prevail. In contrast, they have become fairly critical of “fake news,” “fake videos” and so forth circulating through WhatsApp, Facebook and other means. Even common, semi-literate and illiterate Indians seem against being taken for a ride by these means of communication.

Now, what does the preceding point suggest about some people’s anger against the display of jauhar in the controversial movie? This issue is being given great intellectual importance, suggesting the seriousness with which fiction can be taken at certain levels. Well, each individual has the right to his/her interpretation of jauhar. Let us also look at reality with a critical eye. Nirbhaya did not die out of her choice. Bilkis Bano, a survivor of Gujarat-carnage’s gang-rape, has fought to secure justice. In these cases, stigma is attached with the name of rapists of these ladies. Greater importance needs to be given to change the thinking of common people. In rape-cases, the criminal is the rapist and not the victim, so stigma should be attached with former’s name.

Let us accept it, hype has been and will continue to be raised in most movies about so many things, from fighting villains to romance. This is the key marketing agenda of movie producers and others involved in the industry. Socio-economic claims made by politicians often turn out to be nothing but hype. But there is a difference. Politicians want what they claim to be accepted as truth. Though the same cannot be said about movies, when controversies are raised about them, it adds a strange, at times extremely serious, touch to their fictional value. A movie ceases to be taken as a movie, a means of entertainment. And this demands debate on the degree to which movies should be based on research and/or pure fiction!