Our Culture is Composite and Unique: Hamid Ansari

The Milli Gazette Online 13 Mar 2018
Here is the full text of the lecture delivered by HAMID ANSARI, former Vice President of India, at the Constitution Club, New Delhi on 22 Feb., 2018

I am honoured to be invited to deliver the Third Annual Lecture of the Centre for Policy Analysis. 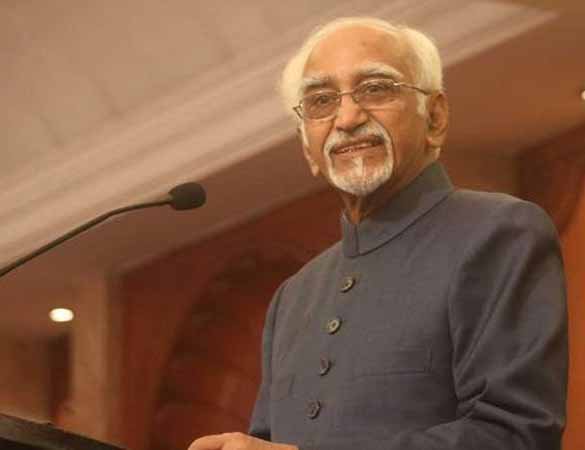 I am happy to find here a body that stands apart from the standard pattern of state-centric policy think-tanks focused on researching the contours of political and economic mainstream of the Republic. Instead, it consciously proclaims that there are not one but multiple streams, that the social contract of the people by way of the Constitution remains unfulfilled, and that an ‘alternative’ has to be mainstreamed and made the new reality different in form and content for reasons given in the Centre’s statement of objectives, that is, to work for a just and inclusive political and social order, for a truly decentralized federation, and empowerment of people at the grass roots.

Inclusive however is not synonymous with composite. In meaning and content, and their ambits, are different. A structure may be inclusive but not composite; alternately, it may be composite but not inclusive. A third variant would be composite and inclusive. Furthermore, the import of the terms ‘inclusive’ and ‘exclusive’ has to be examined on two counts: firstly, included or excluded in decision-making and secondly, included or excluded as beneficiaries.

So, what do we mean by composite? The dictionary meaning differentiates between the term as a noun, an adjective or a verb. In classical European architecture, it denoted the mixing of two styles. In floriculture, it is used for a head of many flowers forming one bloom. For the purpose of today’s talk, the term composite is perhaps an amalgam of all these.

We of course know that the term ‘composite’ is used twice in the Constitution – in Articles 51A(f) and 351 - both in the context of the composite culture of India. Under 51A(f), it is a constitutional duty of citizens to value and preserve the rich heritage of our composite culture. Under Article 351, it is the duty of the Union to promote the spread of Hindi ‘as a medium of expression for all the elements of the composite culture of India.’ It mentions in this context ‘Hindustani’ along with other Eighth Schedule languages but does not seem to clarify why Hindustani is not mentioned in that Schedule or in the list of non-schedule languages.

The theme of today’s lecture is thus very much in step with the scheme of things visualized by the Constitution.

Culture has been defined as the set of customs, traditions and values of a society or community. It is knowledge or practices acquired over time. ‘Cultures are not discrete entities and are invariably informed by their encounters with other cultural influences.’ For this reason, ‘it is appropriate to conceptualize culture as a process rather than something that is permanent and stable.’(1)

This process is unavoidably linked to the history of a society and to the historical experience of encounters and interactions. In regard to India, the eminent historian Tara Chand had summed it up in a seminal passage almost a century earlier:

‘Indian culture is synthetic in character. It comprehends ideas of different orders. It embraces in its orbit beliefs, customs, rites, institutions, arts, religions and philosophies belonging to strata of society in varying stages of development. It eternally seeks to find a unity for the heterogeneous elements which make up its totality. At worst its attempts end in a mechanical juxtaposition, at best they succeed in evolving an organic system. The complexity of Indian life is ancient, because from the dawn of history, India has been the meeting place of conflicting civilisations. Through its north-western gates migrating hordes and conquering armies have poured down in unending succession, bringing with them like the floods of the Nile much destruction, but also valuable deposits which enriched the ancient soil, out of which grew ever more fresh and ever more luxuriant cultures. These foreign impulses have played an important part in India's history. As a matter of fact the process of its cultural development may be envisaged as the blending of three strands producing the characteristic pattern of their cycle.’(2)

For the same reason, Jawaharlal Nehru’s depiction of Indian culture ‘as a palimpsest on which the imprint of succeeding generations have unrecognizably merged’ is a valid reflection of the historical experience of our land. Similar views delinking national identity with religious identity were expressed in 1905 by Madan Mohan Malviya and in 1920 by Lala Lajpat Rai.(3) Rabindranath Tagore described his family background as ‘a confluence of three cultures, Hindu, Mohammedan and British.’(4) The same idea was expressed by the poet Raghpati Rai Firaq in a couplet:

Thus ours is a society characterized by pluralism reflective of its diversity and complexity. Graphic evidence of it is found in the empirical data compiled by the Anthropological Survey of India in its publication India’s Communities that runs into eleven volumes. It records 4,635 communities and observes that ‘the Indian society is marked by linkages across communities and regions.’(5) The Linguistic Survey and the general data of the decennial Census supplement and amplify this diversity in ample measure. It also shows that religious minorities constitute 19.4 percent of the total population.

This coming together of people of different cultural moorings and traditions, and at different times in a long history, unavoidably had cultural consequences. In this context, as a contemporary historian has put it, ‘the crucial question is whether Indian culture is conceived of as a static phenomenon, tracing its identity to a single unchanging source or to a dynamic phenomenon, critically and creatively interrogating with all that is new.’ As a result, ‘no society, least of all a society as diverse as that of India, is amenable to a single cultural denominator, either of caste or of religion, and ‘the evolution of national identity of India is a result of a long of inclusion of cultural practices, either internally generated or originating from outside.’(6)

Thus our national identity has emerged without a united and homogenous culture and has been born out of interaction between different cultural communities. It is not a given but created over time and with space for self expression to all its ingredients and through contestation and mutual interrogation. This was carefully reflected in the crafting of the Constitution.

If this is self evident, why is it now being shirked or challenged? What are the grounds for it? What are its implications? How is the challenge to be met? Answers to these questions assume criticality in the context of the agenda being unrolled in sections of social and political opinion.

It is argued that beneath the diversity is a unity, that this unity emanates from a single mainstream premised on a conflation of land, religion and culture, and that all deviations from it must be subsumed in a hegemonic wave demanding national unity. This was most authoritatively articulated by Madhav Sadashiv Golwalkar whose political and religious philosophy was centred on the concept of India as a Hindu Rashtra founded on the principle of One nation (Hindu), One culture (Sanskrit) and One religion (Hinduism). This necessarily implies a negation of cultural and religious pluralism.(7) The imperative here is of nationalism, understood solely as ‘cultural nationalism’ in which integration is understood as assimilation and civic citizenship transmuted into ethnic citizenship.

The question of national integration is not a new one in our discourse. The National Integration Council, set up after the 1962 conflict, has sought to deal with it half-heartedly in its infrequent meetings. Its approach is best depicted in an Urdu couplet:

Many years age a political scientist addressed the matter with greater clarity and drew attention to errors that emanate from conceptual faults. I would like to cite his words here since they have relevance to contemporary debates:

‘In the semantics of functional politics the term national integration means and ought to mean cohesion andnot fusion, unity andnot uniformity, reconciliation andnot merger, accommodation andnot annihilation, synthesis andnot dissolution, solidarity andnot regimentation of the several discrete segments of the people constituting the larger political community…‘Obviously, then, Integration is not a process of conversion of diversities into a uniformity but a congruence of diversities leading to a unity in which both the varieties and similarities are maintained.’(8)

We know that there is a difference between promotion of diversity, and its recognition. Diversities in our land are a ground reality, are reflective of our society’s historical experience, and are to be traced in all periods. They exist at the core as also on the periphery and have their own unique characteristics and cannot be homogenized. A scholar of ancient Indian history has observed that ‘religious practices in India being many and rooted in cultures of communities constituting the fabric of Indian society, accommodation through recognition of this diversity was the alternative to incessant conflict and compartmentalization. Actual conflicts did take place among established religions for hegemony, but the religious process in India was not of homogenization from a hegemonic source but of interpenetration in diversity and emergence of symbols of universal recognition.’(9)

In a later period, Moghul Emperor Akbar’s Sulh-i-Kul was a reflection of it in state practice. There is also ample evidence of it in sufi andbhakti literature and practices, and in languages, prose, poetry and art forms, music and dance. Instances can be found in every nook and corner of our land. The ‘cultural intermingling’ in Sanskrit and Persian literatures in the Moghul period was the subject of an erudite lecture here in the IIC some months back.(10)

So to deny the existing reality of cultural diversity and the resultant presence of a composite culture, and to replace it with any form of mono-culture in the name of a new, strident, illiberal, nationalism is to conduct a form of regressive regimentation. It would be a denial of the spaces consciously created in the Constitution for the expression of regional, linguistic and religious and cultural pluralism and has been labeled in contemporary parlance elsewhere as talebanization. To replace composite culture with a form of monoculture which, incidentally, is a term in agronomy to denote the practice of producing single crop, is to negate a constitutional directive and belittle the growth and flourishing of all ingredients of cultural diversity.

What we are confronted with is a very purposeful and comprehensive impulse, ideology driven, to differentiate the citizen body on partially-articulated but fully-understood notions aimed at creating the‘Other’ and ‘Otherness’ defined as an alien identity different from the self. This requires a multipronged response:

So if advocacy of composite culture is to be more than a sentiment and a slogan, if we have to take seriously our duty to protect, sustain, and promote it, then our effort has to be a multipronged one involving conceptual clarity and contestation as well as practical to counter challenges to it in all their manifestations. It is to be done also because it is the citizen’s constitutional duty to promote harmony and the spirit of common brotherhood transcending diversity.

Allow me to conclude with an Urdu couplet written over a century earlier but very relevant to the challenge confronting us. It is suggestive of a saner approach:

Come, let us again raise the curtain of otherness

Bring together the separated, erase traces of duality

It remains to be seen if saner counsel would prevail to restore to the Indian landscape the richness of a garden in full bloom, admired the world over for its uniqueness. An old tradition says that all the fruits and perfumes of paradise are to be found in India because this is where they came with Adam on his expulsion from Heaven. Let us cherish, not dissipate, this uniqueness.