Kashmir: Ramadan truce not accepted by all militant outfits

Srinagar: Ahead of Prime Minister Narendra Modi’s scheduled visit to Jammu and Kashmir on Saturday, the Centre announced a unilateral ceasefire for the holy month of Ramadan, early this week (May 16). While militant and separatist organizations have rejected the ceasefire, police has put the ball in militants’ court saying security forces will only retaliate if militants continue their attacks. 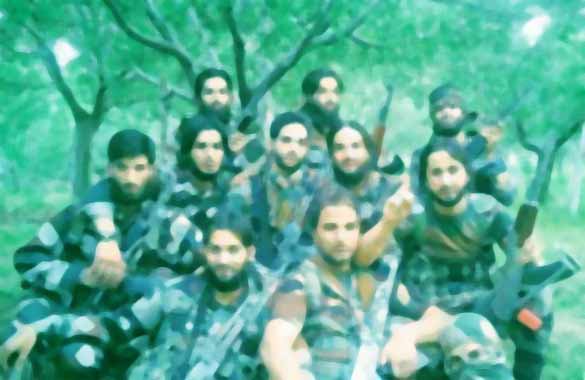 Given the innumerable hostilities, a commom person is put into jeopardy especially after the encounters between security forces and militants in south Kashmir.  Political observers here emphasize that the need of the hour is to “silence guns” on both sides of the line to pave way for a dialogue and the same needs political will to turn this opportunity into a meaningful and sustained dialogue.

According to a JKCCS report, 451 persons including 125 security forces, 217 militants, 108 civilians and one “Ikhwani” (renegade, i.e., pro-government militant) were killed in 2017. Many civilians, militants and security forces have so far lost their lives this year as well.

Separatists and militant outfit Lashkar-e-Toiba (LeT) have rejected the ceasefire terming it a ‘crude joke’ and a ‘cosmetic measure’. Joint Resistance leadership (JRL) comprising chairmen of both factions of Hurriyat -- Syed Ali Shah Geelani, Mirwaiz Umar Farooq and JKLF chief Mohammad Yasin Malik – said here after a brief meeting (May 17) that the “Operation Halt” was a “ploy to hoodwink the public opinion at both national and international levels”. A day earlier (May 16), LeT called it a “drama” and said that ceasefire was no option and no thought could be given to such a compromise.

Even the Kashmiri business community termed the unilateral Ramadan ceasefire a “cosmetic exercise” as, according to them, Chief Minister Mehbooba Mufti could take such a decision at her own level in her capacity as the chairperson of the Unified Headquarters. The Unified Headquarters is the internal security grid comprising of army, police, intelligence agencies and civilian authorities and the chief minister of the state is its head. Director General of Police (DGP) Shesh Paul Vaid reiterated that it won’t initiate any action against the militants in the fasting month (May 16). The state police chief, however, urged families of local militants to take advantage of the ceasefire by persuading their sons to shun militancy.

The Chief Minister opined that the decision would go a long way in healing the wounds of people of the state who have been suffering the tragedies and pain of violence and uncertainty for the past three decades. National Conference president Farooq Abdullah urged the Centre to re-start the dialogue process for a final solution of Kashmir (May 16). His son and former chief minister Omar Abdullah on the same day stated that if militants do not respond to the announcement they will stand exposed as true enemies of Kashmiris. Earlier, Peoples Democratic Party’s (PDP) coalition partner, Bharatiya Janta Party (BJP) had opposed the unilateral ceasefire in view of the holy month of Ramadan and the Amamrnath Yatra as it asserted that militants would get a chance of regrouping (May 10).

Independent legislator Engineer Rashid (May 11) had said that the appeal for a unilateral ceasefire was not discussed during the all-party meeting called by the Chief Minister on May 9. He claimed that he was the only legislator who asked the meeting to demand unilateral ceasefire ahead of Ramadan and Amarnath Yatra. An all-party meeting here on May 9 urged New Delhi to stop anti-militancy operations during Ramadan and Amarnath Yatra. Interestingly, the Prime Minister during his Independence Day address last year had saidthat bullets or abuses will not resolve the Kashmir issue and that it can be addressed only by embracing every Kashmiri. He further said that his government is committed to restoring the lost glory of Kashmir and its status as ‘heaven on earth’.

Pertinently, the then Prime Minister Atal Bihari Vajaypee in November 2000 had declared a unilateral ceasefire in the Valley for the holy month of Ramdhan. The ceasefire was extended for five more months before being brought to a close on May 23, 2001. The ceasefire announcement had followed a unilateral ceasefire by militant group Hizb-ul-Mujahideen in July 2000 that resulted in failed talks with the then Union Home Secretary Kamal Pande. The militant outfit had withdrawn its truce within two weeks after the central government refused to accept its demand, mainly inclusion of Pakistan in talks on Kashmir.