Strategies exercised by Congress party in Karnataka politics and the nature of this party’s campaign for Madhya Pradesh assembly elections are definitely suggestive of the party leaders having come to terms with the reach as well as limitations of their party. Undeniably, Karnataka results have taught them that the Congress has to accept the importance of regional parties. Sure, the Congress won more seats than the regional party (JD(S)). However, had Congress chosen to remain in opposition, in all probability the state government would have been at present run by BJP. After all, the BJP was not too far from majority and would probably have exercised all possible tactics to create divisions within Congress and JD(S) to attract their members to its camp. As a result, the Congress would have been further weakened. Also, this would have been viewed as a setback for both Congress and JD(S) for the forthcoming parliamentary elections. 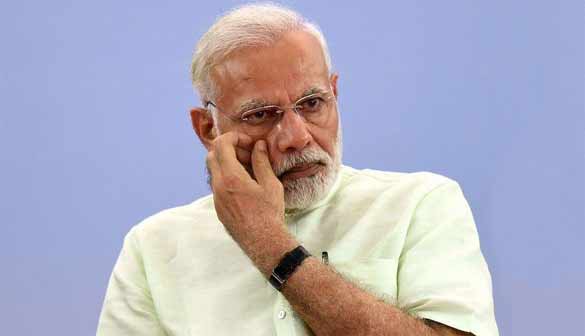 Understandably, the Congress and JD(S) would have acted more wisely had they chosen to align prior to the assembly elections than wait for the post-electoral phase. Both the parties were apparently overconfident of their electoral importance. This restricted them from giving importance to the increasing political reach of BJP in the recent past. The BJP has gradually but definitely emerged as a much stronger party than what it was around two decades ago in most states. When the party initially surfaced, its significance was primarily confined to the Hindi belt. Certainly, the BJP has since moved beyond the Hindi belt. However, this has primarily rested on the party’s decision to try and align with local leaders as well as regional parties and then slowly extend its base there.

Definitely, the BJP is extending its reach but with limitations. The political failure faced by BJP in recent bypolls is just a mild indicator of this reality. In Karnataka too, the BJP has faltered. The BJP has been unable to totally weaken the Congress here. Also, the party has failed to lessen JD(S)’s influence in its home state. It is possible that BJP was over-confident of its own strength and under-estimated the influence of Congress as well as JD(S) here. Besides, it appears, the formula that BJP has tried to enhance its reach in other states has not worked as per the party’s calculations. The formula, as indicated earlier, is that of aligning with regional parties and leaders to defeat rival intra-state and extra-state parties as well as leaders. Besides, following the elections, Congress and JD(S) left little time and option for BJP to try its hand at this strategy. Rather, the two parties used this formula quickly to confine the BJP to the opposition.

Undeniably, this strategy has already sent signals on the prospects of BJP’s political returns if it is tried in parliamentary elections round the corner. Also, various regional parties, groups and leaders claiming to be anti-BJP have begun making preparations in this direction. Not surprisingly, Karnataka politics has rung alarm bells for BJP about a similar fate in the parliamentary polls. It is not without reason that BJP leader Amit Shah has tried reaching a political understanding with Shiv Sena chief Udhav Thackeray. And he is just one of the many regional leaders, whom BJP will have to try hard to win over politically.

It may be recalled, one of the key factors responsible for the gradual decline of Congress was its failure to give adequate importance to regional parties and leaders. The party over-estimated its own importance and under-estimated the reach as well as influence of local and intra-state leaders within their respective domains. This hard reality, as Karnataka politics suggests, has now been accepted by the Congress. And now BJP appears to be caught in the same situation which had troubled Congress earlier. Before the formation of numerous regional parties and also emergence of strong rival leaders as well, the Congress could afford to play political cards as it thought appropriate. Also, in the absence of communication technologies, common Indians had practically no leaders or parties to turn to as alternatives in that phase.

The situation is totally different today. Neither the BJP, the Congress nor any national party can afford to ignore regional parties and the local leaders in the latters’ respective geographical domains. Political developments in Karnataka are just an eye-opener to the Congress having finally come to terms with this reality. Besides, howsoever strongly the various parties may try to increase their hold on various agencies of communication, including TV channels, print media and other means, it cannot be missed that this is India. News still spreads fairly fast here regarding ploys being used by various political leaders and parties to convince masses about their agenda for electoral gains.

As recent developments suggest, the political phase is least likely to be decided by hype raised about the so-called “Modi-wave”, however strongly it may be publicised, advertised and/or campaigned about. Alignments, re-alignments and other understandings of key parties with regional parties may be expected to shape India’s political destiny in coming days!