Mumbai:  Noted Muslim intellectuals, political and social leaders of the Muslim community expressed their serious concern that the Union government is trying to introduce a Uniform Civil Code (UCC) through the back door. They warned people of the country that the Law Comission’s questionnaire is a useless exercise. They said, if the government is really serious, it should come out with a draft of the proposed UCC so that various segments of society may make up their mind about it. 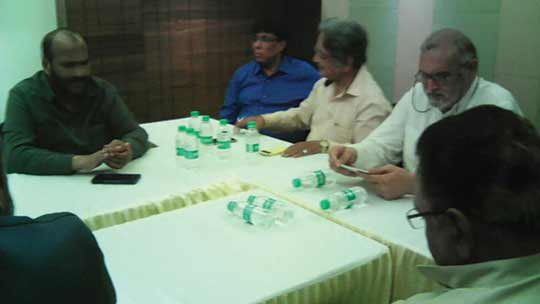 The community Muslim leaders cautioned that there are hundreds of personal laws in the country and as such a UCC is impossible and impractical. They said, it is clearly an attempt to gain political mileage ahead of the UP elections and to polarise voters. Leaders said that the best way to nullify the Law Commission’s questionnaire is not to ignore it but to reply to it in the negative. Letters of rejection should be written to the Law Commission so that these responses are on its record.