Empower or abolish us: Haj Committee

New Delhi: Haj Committee of India's Vice Chairman, Hasan Ahmad Khan, demanded the government, in view of large number of complaints regarding very bad condition of houses and absence of essential facilities and the resultant inconveniences faced by them in Saudi Arabia that either Haj Committee of India (HCI) be fully empowered by amending Haj Committee Act or the Haj Committee should be abolished so that Haj Committee members and Hajis could be spared of the indifferent, unhelpful and insulting behaviour of Indian consulate's staff posted in Jeddah and other places in Saudi Arabia. Speaking to UNI on 28 October he said that the staff members of India's Consulate General at Jeddah not only show their indifferent and unhelpful attitude but frequently insult Hajis and Haj Committee members who go there to supervise arrangements for Hajis and also are engaged in activities which bring bad name to Haj Committee of India. He said that full powers should be given for arrangement of accommodation either to Haj Committee of India or the Consulate General so that responsibility could be fixed on one body. He suggested that a 5-member team of the Hajj Committee members consisting of Chairman, Vice Chairman, Chief Executive Officer (CEO) and two other members should be constituted which should have full powers to select buildings for accommodation of Hajis and payment of rents and other dues to the owners of buildings. 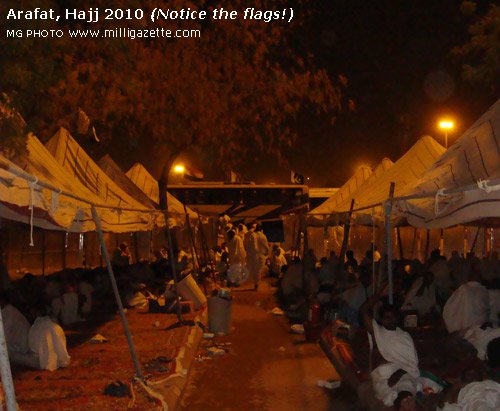 Meanwhile, a member of the Haj Committee of India, Syed Imam Haidar Rizvi, who returned to India a couple of days ago after one month’s stay there in connection with selection of buildings and other arrangements for Hajis described the accusations of mismanagement and corruption regarding hiring of accommodations etc as baseless. Defending the Jeddah Consulate staff, he said that the inconveniences faced by Hajis in Saudi Arabia are because of the mismanagement of Saudi government and Saudi airlines who sometimes disembarked the Hajis at Madina instead of Jeddah and Jedda-bound Hajis to Madina or at least in one case, to Riyadh and because of these, Hajis had to face great difficulties. Regarding the news that many buildings particularly buildings No. 423, 438, 439 and 441 are in bad conditions where living conditions are so bad that no one wants to live there even for a short period and those to whom these buildings have been allotted are facing so many difficulties that they want to come back to India without performing Haj. HCI’s CEO Dr. Shakir Husain said that he talked to the Consul posted in Makka, Mr Mubarak, who told him (CEO) that complaints of Hajis regarding inconveniences to them in the above mentioned buildings have been removed and all arrangements for water, electricity and other facilities have been made.