In July 2017, when the Arvind Kejriwal government appointed three members in the Delhi Minorities Commission (DMC)– Dr. Zafarul Islam Khan as chairperson, and Anastasia Gill and Kartar Singh Kochhar as members – one could not grasp the very extent of their outreach. 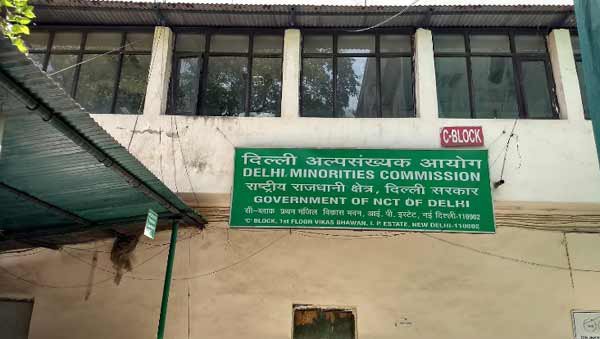 In fact, this week DMC’s fact-finding committee has, on the basis of a long list of facts, strongly refuted NIA’s allegations that foreign funds or for that matter “terror funds” have been used to build a mosque in the Attawar village of district Palwal, Haryana, in which a resident of Delhi has been arrested.

The committee members toured the area, investigated the matter minutely, talked to police, administration and panchayat leaders and ordinary people in the area. They also talked to the affected families and visited the family of the arrested accused in Delhi’s Hazrat Nizamuddin area.

And the findings of the committee go on to prove that the mosque is built on money collected from the villagers of not just that one village but from the neighbouring villages. In fact, the committee did not find any trace of evidence to prove that terror or foreign funds have been used to build this mosque.

If NIA allegations are wrong or misleading then it raises several unsettling queries. Also, bound to come up are some very disturbing offshoots in a communally surcharged atmosphere. Any Muslim group or even an individual will have to think and re-think a hundred times before going ahead to construct a mosque or even a prayer hall.

Investigative agencies could hound if not make arrests on the basis of mere suspicion or false allegations. After all, the very political atmosphere in the country is just about ripe enough to hound innocents along the communal strain.

In the last few months minorities panel of Delhi State has been taking note of the communal incidents taking place in the capital and issuing notices to the Delhi Police. Last month, the DMC raised with the police fresh cases of lynchings in Delhi.

First, 16-year-old Abdur Raziqwas lynched by his neighbours on suspicion of stealing in the north-west Delhi on 4 September. Then, 8-year-old Mohammad Azeem was lynched while playing outside his madrasa in south Delhi on 25 October.

Another incident that exposes the vulnerability of madrasas took place in east Delhi when there was a mid-night attack on the hostel of the Madrasa Babul Uloom in Jafarabad. Some unidentified people poured oil through the window and set it on fire while students were asleep. Thankfully, the fire did not cause much damage as the cry of the child on whom oil was poured woke up people around him.

Also stands out the fact that lately goons have been rather too regularly creating trouble outside the Bijwasan Jama Masjid in south-west Delhi during Friday prayers. The miscreants have also forcibly taken down the mosque’s loudspeaker and they are not allowing outsiders to enter the mosque for prayers.

A similar situation persisted during the entire summer stretch in the Gulshan Masjid in Mehrauli where anti-socials stopped namaz, damaged prayer mats and attacked the imam. A year back these elements had demolished graves inside the mosque compound.

Also, there was a public distribution of trishuls (tridents) in Sonia Vihar and Gokulpur Nahar Road area of East Delhi. When the DMC questioned the police, the DCP North East informed the Commission that no law was broken and that the symbolic trishuls distributed were “mementos”.

Upset by the reply, the Commission wrote back to the DCP North East saying that his reply was awkward. “Distribution of trishuls is not symbolic and the trishuls are not mementos but are used to intimidate opponents,” the commission told the DCP.

The Delhi Minorities Commission says it has received a number of complaints that a number of school principals are telling students to take Sanskrit and go to another school if they want Urdu. The Commission has issued a number of notices to the Departments of Education of both Delhi Government and Delhi Municipal Corporations to provide Urdu to students asking for it.

Earlier, a complaint was received from one Mr. Aleem Abbasi that Government Boys Secondary School in Sarai Kale Khan was not providing Urdu. In reply to a notice in this regard, the Directorate of Education informed the Commission that a guest teacher has been provided to the said school.

Another notice was issued to the Directorate of Education of North Delhi Municipal Corporation asking it to explain as to why a circular has been issued to its schools to make students recite gayatri mantra in the morning assemblies.

The DoE has been asked if this is not against our secular polity and will this not cause division in the ranks of the students and teachers as many belong to minorities who may not like to recite mantras of religious nature.

The list of the communal incidents in New Delhi seems long and ongoing. Mind you, if this is the state of affairs in the capital city of India, then one can well imagine what disasters must be unfolding in other locales of the country.

Mind you, most of the victims are too petrified to speak out. There is that obvious fear of the aftermath. Also, stands out the fact that to whom could they complain.

If the local MLA or the MP are from the BJP, with RSS background, then there would be nil chance of any fair play and justice. And with the administrative machinery biased and in the clasp of these political rulers, there is nothing much to be expected.