Guwahati: The gate-keeping role of traditional media has been questioned by observers, despite the advent of social media where everyone has a say but there is little credible analysis. Reacting to the recent controversy over NaMo TV, the Electronic Media Forum Assam (EMFA) has urged news channels in particular to introspect whether they too are facing a major credibility challenge. 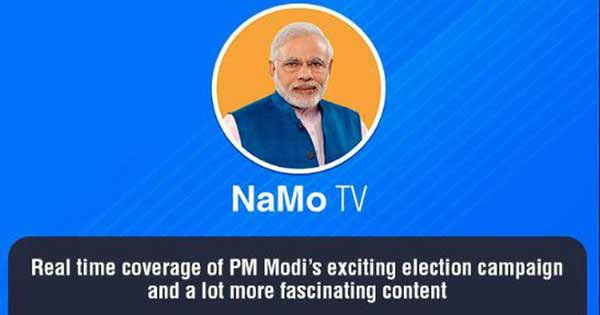 The forum, in a statement issued today, posed the question whether common viewers are turning to raw news rather than interpretative news content aired by recognized news channels. If the answer is yes, it could mean professional journalists are being rendered irrelevant as news consumers prefer 'unedited' content to make up their minds about public issues 'without any journalistic manipulation'.

It may be noted that since March 31 last, a new 24x7 channel, named NaMo TV, became available in all major direct-to-home (DTH) and cable platforms across the country. It started telecasting mostly full (or 'uncut') speeches, some in real time, of Prime Minister Narendra Modi and a few other leaders and Union ministers of Bhartiya Janata Party (BJP). NaMo TV doesn't feature on the list of Information and Broadcasting Ministry's (GoI) permitted private satellite TV channels and hence since its arrival, a major debate has been sparked over its legality and ownership.

The Congress and Aam Aadmi Party (AAP) have complained to the Election Commission (EC) against the channel, arguing that it violates the model code of conduct, following which the EC sent notices to the concerned ministry. Meanwhile, former chief election commissioner SY Quraishi, in a recent interview, commented that NaMo TV does not violate the poll code, which came into effect on March 10 with the Election Commission declaring the 7-phase national polls starting from April 11, counting of which would take place on May 23.

Named after Narendra Modi, the channel carries a photograph of the Prime Minister on its logo, and is understood as being described as a 'special advertisement platform', whose expenses are being borne by the ruling BJP. Prime Minister Modi himself has tweeted about the channel and asked people to watch it, following which millions of saffron supporters and sympathizers have been glued to NaMo TV.

"A real challenge is emerging before registered news channels (many of these having already turned into purveyors of cheap 'infotainment'), as millions of Indian viewers now seem to prefer to watch and listen to political leaders of their liking without any biased editing and interpretations. Mainstream media will be sidetracked into irrelevance if news consumers start seeing it as a biased, corrupt entity covertly pushing its own agenda," warned the EMFA statement.