Sikhs in India under surveillance to suppress Khalistan movement

Indian government has empowered eight states, including Punjab and Delhi, with a “sizeable presence of Sikh population” to take action against Sikhs For Justice (SFJ) group which calls for a referendum in 2020 for an independent Khalistan state. 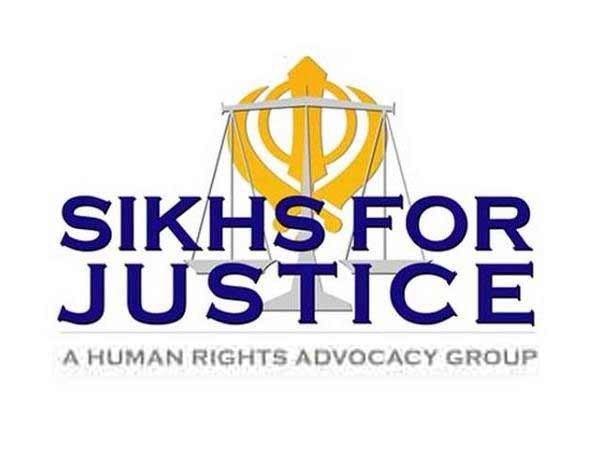 US-based SFJ was banned on July 10, 2019 under Unlawful Activities Prevention Act by Prime Minister Narendra Modi-led cabinet committee on security "for openly espousing the cause of Khalistan" and "pushing for Sikh Referendum 2020.”

In its order, the home ministry noted, “…In exercise of the powers conferred by section 42 of the Unlawful Activities (Prevention) Act, 1967 (37 of 1967), the central government hereby directs that all powers exercisable by it under section 7 and section 8 of the said act shall be exercised also by the state governments of Punjab, Haryana, Jammu and Kashmir, Rajasthan, Uttar Pradesh, Uttarakhand, government of National Capital Territory of Delhi and Chandigarh administration”.

“This notification deals with only those states which have a sizeable Sikh population and where the organizations like SFJ can play foul and try to brainwash Sikh community in favor of the Khalistan movement, through various means,” a senior home ministry official told Economic Time.

Punjab Chief Minister Capt. Amarinder Singh described it as the first step towards protecting the nation from the anti-India and secessionist plans. He said the association should be declared a terror organization.

The SFJ was founded in 2007. Initially, the group was campaigning for justice for victims of the 1984 Sikh genocide. In the first week of November 1984, Sikhs were slaughtered by mobs all over India following the assassination of then prime minister Indira Gandhi by her Sikh bodyguards. Apparently, Indira Gandhi was assassination came in retaliation for the military attack of the Golden Temple Complex, the holiest Sikh shrine in Amritsar, in June that year.

The ill-conceived army operation was planned and executed to deal with a handful of militants inside the temple. Known as Operation Bluestar, it left many pilgrims dead and important buildings destroyed, many analysts believe and say that the attack was preventable which alienated the Sikhs from the mainstream and galvanized the movement for Khalistan.

However, SFJ went a step further when a far-right Hindu nationalist group, Vishwa Hindu Parishad (VHP), announced in 2015 that India will become Hindu state by 2023. The statement came from VHP Leader Ashok Singhal after Narendra Modi became prime minister in 2014.

This gave SFJ an excuse to raise the issue of a referendum in 2020.

According to referendum2020.org, “the referendum 2020 campaign aims to gauge the will of the Punjabi people with regards to reestablishing Punjab as a nation state. Once we establish consensus on the question of independence, we will then present the case to the United Nations for reestablishing the country of Punjab.”

Population of Sikhs in the world is around 27 million. Out of these 27 million approximately 83% live in India with 76% of all Sikhs living in Punjab. This is the only place where Sikhs are in the majority.

The SFJ is headed by Avtar Singh Pannun and Gurpatwant Singh Pannun. It’s online support is close to 200,000.

Writing on the government’s order about surveillance of Sikhs, political activists, Dr. P. S. Sahni & Shobha Aggarwal, wrote in the Counter Current: How would the administration ensure that 99% or more of Sikhs who may have nothing to do with the issue at hand or may have no view on the issue are not harassed by the police?

The authors said that the government move raises the following crucial questions:

1. Why should the entire Sikh community be treated with suspicion?

2. Has the administration factored in the possibility of harassment/humiliation or hunting down/hounding out of innocent people at a mass scale by overzealous officials?

If the past record is any benchmark to go by, then danger lurks for the community. During the mid-1980s when militancy in Punjab was being ‘dealt’ with, the Army’s obsession with Amritdharis (Sikhs baptized as Khalsa) became clear from a Circular (No. 153) issued in July 1984 which read:

“Any knowledge of the Amritdharis who are dangerous people and pledge to commit murders, arson and acts of terrorism should immediately be brought to the notice of the authorities. These people may appear harmless from the outside but they are basically committed to terrorism. In the interest of all of us, their identity and whereabouts must always be disclosed.” [Source: Truth About Punjab: SGPCWhite Paper by Gurdarshan Singh Dhillon, 1996]

This circular was retracted in the early 1990s but by then harassment, humiliation was faced by innumerable innocent people, who were hounded and hunted out as if just by being a baptized Sikh you become a criminal/terrorist, concluded Dr. P. S. Sahni & Shobha Aggarwal.

The report “Oppression in Punjab: Report to the Nation” brought out in 1985 by Citizens for Democracy (CFD) documented inter alia how innocent people were targeted on the pretext of being Amritdharis.

However upon release the 150-paged report was banned by the Delhi Administration which ordered seizure and destruction of all available copies.

Indian government’s move to ban Sikhs for Justice (SFJ) comes ahead of opening the Kartarpur Corridor by Pakistan for celebrating the 550th birth anniversary in November of Guru Nanak, the founder of Sikh religion.

The Kartarpur Corridor is a proposed border corridor between India and Pakistan, connecting the Sikh shrines of Dera Baba Nanak Sahib and Gurdwara Darbar Sahib Kartarpur. The Gurdwara is near the border between Pakistan and India.

India has given Pakistan a list of at least 15 individuals allegedly involved in pro-Khalistani activities in Pakistan, in the garb of making preparations for celebrating the 550th birth anniversary of Guru Nanak in November.

The dossier containing events from the past four years was handed over to Pakistan during the second round of Kartarpur Corridor talks between the two countries last month.

The 23-page dossier, reviewed by India Times, points to “open display of banners backing Bhindranwale and Referendum 2020 inside the holy shrines in Pakistan by the UK-based pro-Khalistanis like Manmohan Singh Bajaj.”

These pro-Khalistanis are misguiding Sikh youths along the lines of Kashmiri youths and instigating them by claiming that “Indian government treats Kashmiris and Sikhs as slaves”, India told Pakistan.

Some 500 Indian Sikhs arrived in Pakistan on July 30 to take part in celebrations in connection with the 550th birth anniversary of Sikh faith founder Guru Nanak.