Mob attacks against Christians on the rise in India under Modi

The Alliance Defending Freedom (ADF) has documented over 200 incidents of anti-Christian violence in India in just the first eight months of 2019.  This averages to 27 incidents of violence per month. 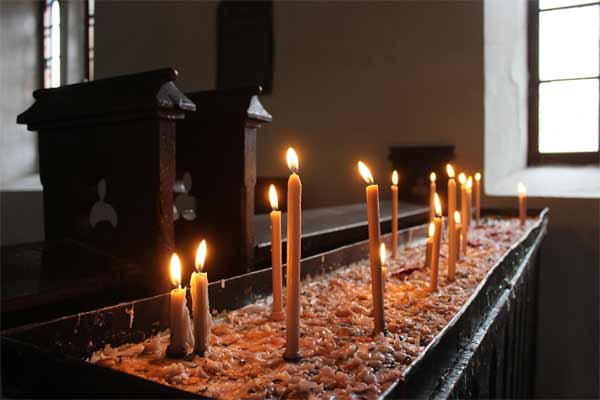 The report released Friday (Sept 20) the AFD India, documents 218 incidents of anti-Christian attacks.  Out of those incidents, 159 were reports of intimidation and threats by vigilante mobs.

The ADF pointed out that although 218 incidents were documented in their report, only 25 (FIRs) First Information Reports (police reports) were filed. This low number of FIRs is most disturbing as it shows that the vast majority of the violence incidents being reported by Christians are not being investigated by authorities.

Incidents of anti-Christian violence have steadily increased since the rise of the BJP-led and RSS-backed government of Prime Minister Narendra Modi in 2014.

According to the Evangelical Fellowship of India (EFI), Indian Christians reported 147 incidents of anti-Christian violence in 2014. That number has since skyrocketed to 325 incidents documented by EFI in 2018.

Much of the increasing violence is fueled by the BJP-led government’s adherence to and use of Hindu nationalism.

According to this ideology, India should be a Hindu nation. Religious minorities, especially Christians and Muslims, are considered followers of foreign faith and are thus treated with suspicion and hostility.

Speaking to Caravan Daily, Development Director of ADF India, A C Michael said modus operandi followed in all cases of mob violence against Christians as they showed same pattern.

“A mob accompanied by the police arrives at the prayer service, shouts slogans and beats up the members of the congregation including women and children and then the pastors are arrested or detained by the police under the false allegation of conversion,” Michael said who is also a former Member of Delhi Minorities Commission.

It will not be exaggeration if we say that many Christians are experiencing restrictions on their freedom to practice their faith, in one way or the other, in a large part of India’s territory, that is in 23 states out of 29 states of India, he said.

Michael also alleged that the police and mob also took friendly media along to ensure publication of their side of story.

What’s more important to note is that till today none of these false allegations of conversions have ever been sustained in a court of law. In fact, almost all of the arrested pastors have either been released on bail or acquitted as the police or the unruly crowds have failed to provide evidence of forceful conversions, he emphasized.

Expressing serious concern over the behavior of the Law and order machinery and the criminal justice system, Tehmina Arora, Director of ADF India said it is worrying to see these horrendous acts of mobocracy still continuing even after a slew of directions given to the government by the Supreme Court Bench led by former CJI Dipak Misra.

Urging  that nobody should be persecuted because of his /her faith, Tehmina Arora told  Caravan Daily that unless the political forces (without naming the BJP and other Hindutva outfits) stop encouraging the people from taking power into their own hands, the ‘mob’ culture is likely to become a norm.

The mob violence and attacks on the low caste Hindus (Dalits) and religious minorities including Muslims and Christians have become commonplace since the BJP-led government came to power at the Center in May 2014 first time.

Nabila Ramdani of Middle East Monitor reported on Friday: A camp being built in Goalpara, in the remote northeast of India, is designed for at least 3,000 people to be herded inside. Beyond living quarters and medical facilities, it is likely to be completed with watchtowers, high walls, reams of wire, and all the other paraphernalia of the traditional concentration camp.

Goalpara is said to be one of 11 camps being erected to cope with the thousands of people in the tea-growing state of Assam who are being detained for not having Indian citizenship documentation. Many are migrants who have arrived from Muslim-majority Bangladesh next door, while others are Muslims who have lived legally in Assam for most of their lives. They are simply not wanted anymore, so will be interned indefinitely until further notice.

It is no coincidence that the camps are springing up as Indian Prime Minister Narendra Modi continues to persecute Muslims with impunity. Infamous for his past involvement in pogroms against followers of Islam, the extremist Hindu nationalist is also using intense violence against them in the once nominally autonomous region of Jammu and Kashmir. An armed occupation is the forerunner to Modi’s ultimate aim of populating Kashmir with settler Hindus in the hope of stifling Kashmiri independence, and the Muslims that campaign for it, for good.

One of Modi’s closest allies is Israeli Prime Minister Benjamin Netanyahu, whose own prison camp mindset is one the most barbaric obstacles to peace in the Middle East. The ferociously aggressive Netanyahu has, like so many of his fellow Israelis, long viewed incarcerating Palestinians as an acceptable tool of colonisation. The fact that Netanyahu is Israel’s longest serving leader says everything about how popular his thinking is.

The Gaza Strip, home to close to two million people, is perhaps the most sinister example of a mass prison camp. Conditions there are so horrendous that many, including the United Nations, fear it will be rendered unliveable by next year. An Israeli military machine largely funded by billions of American dollars imposes a sea, land, and air blockade enforced by security forces who think nothing of killing those who have already lost their freedom.