The Milli Gazette 28 Aug 2012
Police stories about 'Terrorism' cases are full of loopholes, yet alleged 'terrorists' remain behind bars for years because courts fail to take notice of these loopholes. With this issue we will highlight some of these glaring cases

Azizur Rahman (32 years) belongs to Alipore, West Bengal. He is currently lodged in Lucknow jail. A team of U.P. Special Task Force (STF) went to Alipore on 26 June 2007 and took custody of Azizur Rahman who was already in police custody there and brought him to Lucknow. STF claims that Azizur Rahman, alongwith his colleague Jalaluddin, came to Lucknow on 22 June with a quantity of RDX. Here, they parted company. On 23 June, Azizur Rahman was waiting for his colleague Jalaluddin at Lucknow’s Char Bagh railway station, when he came to know that police have arrested Jalaluddin. Azizur Rahman immediately went to Sanjay Gandhi PGI where he hid the RDX quantity he was carrying. Then he came back to Char Bagh Railway Station and fled to West Bengal.

Advocate Mohammad Shoaib, who is defending Azizur Rahman, says that the very fact that the U.P. STF took Azizur Rahman’s custody from Alipore police means that he was already in police custody there. Alipore Police Station records say that police had arrested him on 22 June 2007 on the charge of planning for a dacoity. He was produced before Alipore District SJM court same day. How can Azizur Rahman be produced in Alipore court if he was in Lucknow to commit a crime as claimed by U.P. STF? And if he was already in Alipore custody, how can he hide RDX in Lucknow on 23 June?

Despite these glaring loopholes, Azizur Rahmen remains in jail for the last five years. The court is yet to find time to hear his case and decide his fate. 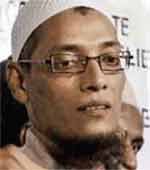 (41 years), an accused in Malegaon blasts case, was a police informer who was made an accused in the case. During detention, he was mercilessly tortured. His body still betrays torture signs and he still suffers from pain in his lower parts of the body. After detention, he was kept by the police at various temples, maths and pathshalas in Nasik, Stana and then in Madhya Pradesh. During torture his toe-nails were taken out and his toes are still broken. He was routinely made to take narcotics. During his ordeal, he separated from his wife Janatunnisa. He has now joined the family business of handloom alongwith his brothers who still do not let him do any hard work. He was freed on bail alongwith other Muslims accused in the Malegaon case in early 2012 as a result of Aseemanand’s confession. During detention, Abrar Ahmad had filed an affidavit on April 18, 2009 detailing his ordeal and how he was forced to become an approver (the full text was translated and published in the Milli Gazette issue no. 238). Later, Aseemanand’s confessions corroborated Abrar’s story.

Sajjadur Rahman (25 years) belongs to Chataroo, district Kishtwar, J&K. He is accused of taking part in the Lucknow and Faizabad courts blasts of 23 November 2007. He was studying in Darul Uloom Deoband at the time. His father Ghulam Qadir still remembers 22 December 2007 when Chataroo police arrested Sajjadur Rahman and handed him over to the U.P. police. Ghulam Qadir says that his son had come home to celebrate Eid Al-Adha which fell on 21 December that year. Next morning, he was arrested. Qadir, a simple labourer, did not know why police took away his son. After visiting various government offices for a week, Qadir was told that his son has been taken away by U.P. police. 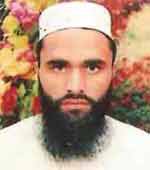 There are many serious loopholes in the police story about Sajjadur Rahman. Darul Uloom Deoband records show that Sajjadur Ranham was present in the seminary on that day and his classroom register shows him as present in his class that day.

The Police case against Sajjadur Rahman is so weak that the police failed for three and a half years to file chargesheet against him in the court. Because of these glaring loopholes, Sajjadur Rahman has been exonerated in the Lucknow blast case but he has not been set free because he is also accused in the other blast which occurred same day 129 kms away in Faizabad (!).

Ghulam Qadir came to Lucknow in July 2012 to meet his son. He asks, if his son is accused in both these cases which occurred on the same day at two distant places, why is he still accused in one case after being exonerated in the other case? Poor Ghulam Qadir has to sell his sheep or take loan each time he comes to Lucknow.