Lucknow: A candlelight march was attended by hundreds of intellectuals condemning the continued arrests of innocent boys in the name of terrorism. They demanded the Batla House encounter be investigated. They held Samajwadi Party government in Uttar Pradesh accountable for the delay and for not raising the issue in Parliament. They said the Congress was sleeping over the issue. They raised slogans to the effect that Batla House fake encounter case should be judicially inquired as the killings had a political motive and the illegally arrested youth should be released. The demonstraters marched from the GPO, Hazratganj, to Gandhi Statue here. 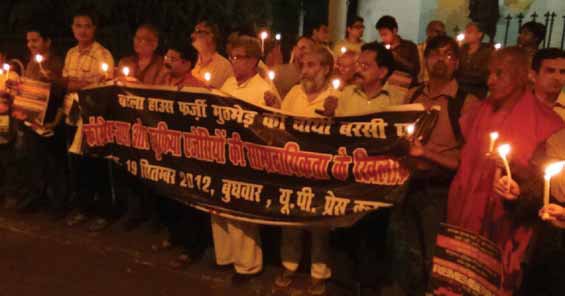