New Delhi: Last month a first of its kind initiative was taken to restore the lost glory of Urdu by launching the Urdu Heritage Caravan (UHC)  which was flagged off on 19 September from New Delhi. UHC is organised by Indian Development & Education Associates (IDEA) Communications headed by Asif Azmi. Kapil Sibal, Union Minister for HRD, was the chief guest at the launching ceremony of UHC. 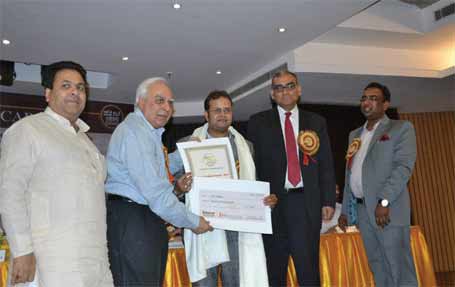 In his inaugural address, Justice Markanday Katju, chairman of the Press Council of India, said Urdu is a pure Indian language and it is the duty of Indians to restore its lost glory. Urdu is part of our civilization, hence the UHC was the need of the hour, he said adding, "Urdu Heritage Carvan is basically an idea to associate masses with this  indigenous cultural heritage. We have distributed our tour plan into three phases. Initially, we will hold conferences and live performances in four historical cities of the country having old connections with Urdu, namely, Delhi, Hyderabad, Mumbai and Lucknow.

The launching ceremony was attended by political leaders, Urdu scholars, poets, writers and people from various other fields.