Atiya Siddiqua, National President of women’s wing of Jamaat-e Islami Hind, was the chief guest of the conference. 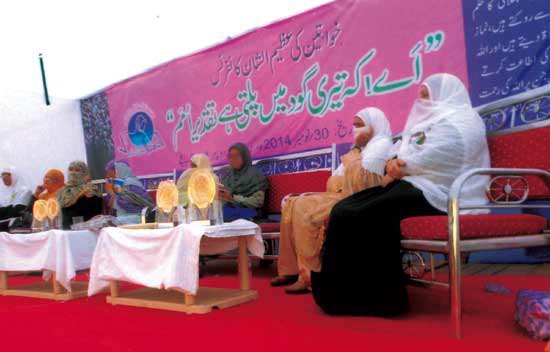 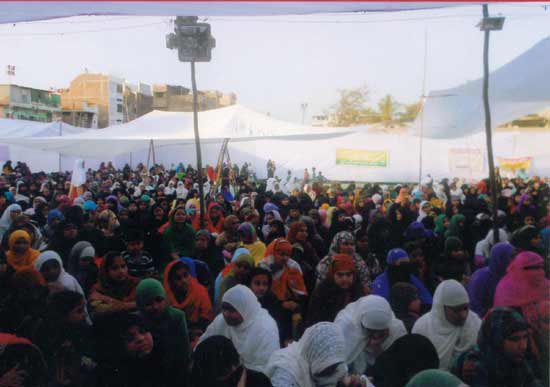 The President of the women’s wing of JIH North zone, Sajida Parveen emphasized that woman is a vital member of the family. The development of any family and society will be doubtful if superfluous restrictions are imposed upon her. If she follows the teachings of Islam related to education, inheritance, status and position, she will be able to mould the society into one having  humanitarian attitude and compassion towards the oppressed and subjugated ones. Otherwise she will be a great threat to our society. She added that only woman can solve the problems associated with marriage, dowry and feticide. She stressed that woman should keep herself connected with technology but at the same time she must use technology, such as Internet, judiciously and should allow her children to have access to them under her guidance in order to keep away the ill-effects of modern technologies.

Maulana Abdul Qawi Falahi of Aurangabad urged women to go through the history of Islam and try to learn lessons from the mother of Prophet Ismail as well as mothers of the companions of Prophet Muhammad (pbuh) who became perfect embodiment of upbringing. The new generation is fretting away these values. The western culture has deprived them of modesty and morality. It is high time that we should revive those values by taking inspiration form the glorious women of Islam.

The National President of women's wing of JIH, Atiya Siddiqua, urged that women should realize their identity and remember the teaching of the Holy Qur’an, sayings of the Prophet and examples set by female companions of Prophet (pbuh). Keeping those values in mind, we should try to establish a cultured and civilized society. Woman need not consider it contemptuous to obey her husband. She concluded her speech by focusing that women should stay away from the state of ignorance and usher in a generation that is full of virtues and values.

Jamaat-e Islami Hind Nagpur organised a separate public conference on “Islam for everyone” at Muslim Football Ground in Mominpura. Mr Maulana Abdul Qawi Falahi of Aurangabad said that there should not be any distinction between preaching and practicing of Islam. He emphasised that the teachings of Islam are based on human psychology. If followed diligently, we can rid ourselves of evils like untruth, immorality, exploitation, black marketing and unfair trade practices. He regretted that the Muslim community failed to deliver the message of Islam to the fellow countrymen. Islam has the solutions to all the problems. The Muslim community should understand its responsibility to propagate teachings of Islam to all.