Mumbai: Communal elements caused a riot in Partur taluk of Jalna district in Maharashtra on February 19 (Sunday) on the occasion of Shiv Jayanti. They destroyed Muslim properties including five shops and a number of vehicles. The situation is still tense in the whole district although police controlled the riot quickly. Tension was heightened when police started arresting innocent people. 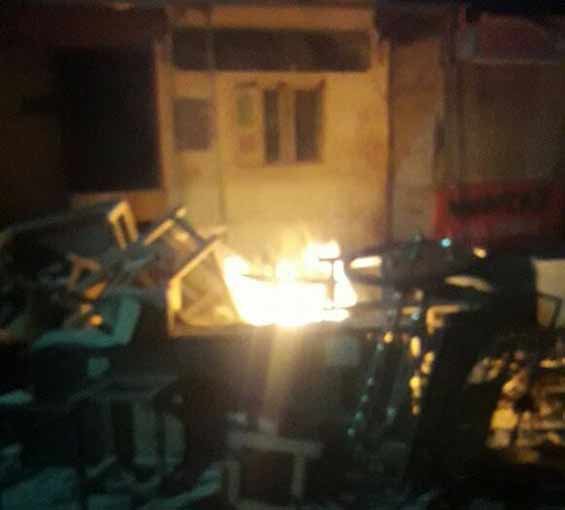 According to reports, a demonstration was organised during Shiv Jayanti. As it reached Malang Chowk area, some processionists tore down green flags hoisted there. Muslims raised an objection which was met with stone-pelting. Soon this led to setting on fire Muslim shops in the area. As a result, a number of shops were gutted and vehicles parked nearby were harmed. Tension spread to the whole area but police acting swiftly controlled the situation. 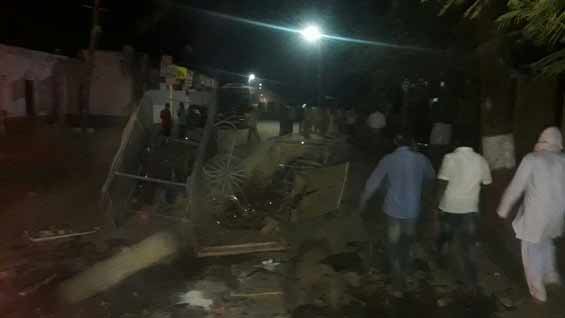 Jamiat Ulama Maharashtra President Maulana Nadeem Siddiqui said that the morale of the communal elements is high since the BJP-Shiv Sena government was installed in the state. No month passes before news of some riot comes from somewhere in the state. He said the rioters enjoy the support of the administration and police. He said the current riot has been engineered to influence the municipal elections being held at present in various districts of the state.