What has religion to do with Terrorist Violence?

After the ghastly tragedy of 9/11 2001, in which nearly three thousand innocent people died, American media coined a new phrase ‘Islamic Terrorism’. This was the first time the terrorist act and terrorists got the prefix of religion. The global media picked it up and some communal elements pushed it forward with great amount of gusto. This phrase added to the negative perceptions about Muslims and laid the foundation of global Islamophobia. The latest impact of this was seen in the New Zealand tragedy in which nearly 50 Muslims lost their life, shot mercilessly by a White nationalist gunman. 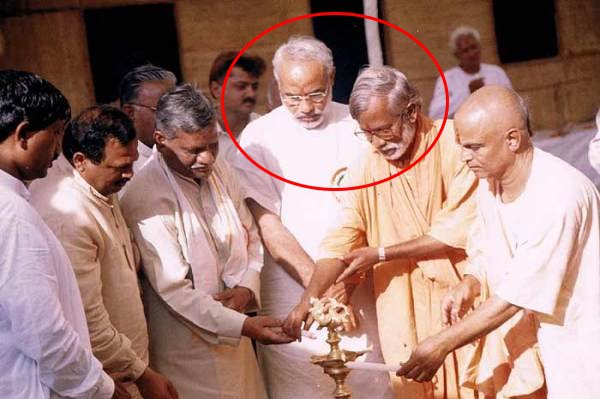 In India this label played havoc as already the negative perceptions about Muslims were the major propaganda tools in the hands of communal politics. The medieval Muslims kings were paraded as temple destroyers and those converting through the sword. The perceptions so dominated the scene that these perceptions came in the way of professional handling of crimes and many a times innocent Muslim youth were incarcerated for the acts of terror not committed by them particularly in the cases of Mecca Masjid, Malegaon blasts. The report of people’s tribunal ‘Scapegoats and Holy Cows’ held in Hyderabad showed as to how in a series of blasts the likes of Pragya Singh Thakur to Swami Aseemanand were involved, while hoards of Muslim youth were arrested for these acts. It is around this time that the popular perception ‘All terrorists are Muslims’ was guiding the investigating authorities. With investigations conducted by Maharashtra ATS, Hemant Karkare, many of those belonging to associates of ideology of Hindu nationalism were put behind the bars.

With change in the Government at center in 2014, the direction of investigation took a turn and now most of these have been either granted bail or acquitted. On one such acquittal two major reactions came. The judge acquitting Swami Assemanand, Jagdeep Singh said  had to “… conclude this judgment with deep pain and anguish as a dastardly act of violence remained unpunished for want of credible and admissible evidence. There are gaping holes in the prosecution evidence and an act of terrorism has remained unsolved.”

On the other side Mr. Jaitley the Union finance minister tried to target the ruling Congress, that time UPA II was in power, for trying to implicate the likes of Pragya Thakur and Aseemanand, as if Congress leaders hold Hindus as terrorists. This was a deliberate and gross generalization, when the religion of the terrorism is being put at the center of the phenomenon. Aggravating this in his usual hyperbole style Prime Minister Narendra Modi stated that Congress targeted Hindu in acts of terror for vote bank politics and that "Hindus are known for peace and brotherhood. Nowhere in history will you find they're involved in such terrorist activities...” As is his wont he tried to communalize it by saying that since Swami Aseemamand is acquitted now Rahul Gandhi realizes that Hindus hate him and so he is choosing to contest from Wayanad where Hindu are a minority. As such his total statement is based on false hood.

Somehow twitter world with all its unusual sanity buzzed and critiqued statement by Modi. A typical response was “Terror has no religion. But since you asked, prime minister, do not forget the most heinous terrorist in independent India”: ‘The Telegraph’ reminds @narendramodi of Nathuram Godse after PM asks: “Is there a single incident in history of Hindus engaging in terrorism?” @ttindia”

Telegraph, the major newspaper from Kolkata came forward to remind the Prime minster that the most heinous act of terror in independent India was done by ex RSS pracharak and Hindu Mahasabha Worker Nathuram Godse. So obsessed was Modi by this word Hindu terror that he used it 13 times in his speech in Wardha.

The ilk of Modi and Jaitley are trying to take advantage of acquittal of Aseemanand by the Court. They see the things in partial manner as the same judge delivering the verdict pulls up the NIA for not investigating the case properly, for the sloppy investigation. One can say that the judgments are not based only on the rules and the attitude of judges, one of the major determinants of the outcome is the administrative part, which has to put the evidence in order and put it for consideration by the judge. So here is a case where judge is pulling up the administrative part for its failure to properly investigate the matter, which has led to the acquittal of Aseemanand.

The present perceptions and narratives built around religion and terrorism are the signs of times. After the eclipse of Soviet Union, the global imperialism has aimed to control the West Asian oil wealth under the cover of combating Islamic terrorism. This phrase coined by US media is most blatant act of misusing religion’s identity for its political agenda. World has seen terrorists coming from different religions. Irish Liberation army, LTTE, Khalistani. ULFA, Buddhist monk in Sri Lanka Talduwe Somarama Thero killing the Prime Minster of Sri Lanka Bandarknaike, and Anders Behring Brevik who killed 86 young men in Norway in 2011. One can say terrorists have come from all religions but not due to religion. There are political motives behind acts of terror.

Today, globally the Al Qaeda, ISIS and IS has dominated the scene but let’s realize it was American machinations which propped up Al Qaeda, which in turn is the fountain head of major terrorist groups in West Asia. America had funded this terrorism with 8000 million dollars and given seven tons of armaments for propping up Al Qaeda.

The bigger damage to the World has been by the perception created by American Media by coining the term ‘Islamic Terrorism’. Since this word is the buzz word all around. The likes of Modi are using it for their political goals and in process undermining the truth that no religion has anything to do with terrorism, which is a political phenomenon!