Padmavati Controversy: What if Mughal-e-Azam was made in Modi's India?

Padmavati, in a sense, is a neighbourhood story. My village, Mustafabad, happens to be in Rae Bareli, which embraces numerous Chishtiya Sufi shrines or places where the saints spent some time, including Khwaja Ashraf Jehangir Semnani, the saint Malik Mohammad Jaisi, the author of Padmavat, was devoted to. Jaisi would faint at the controversy surrounding his masterpiece. 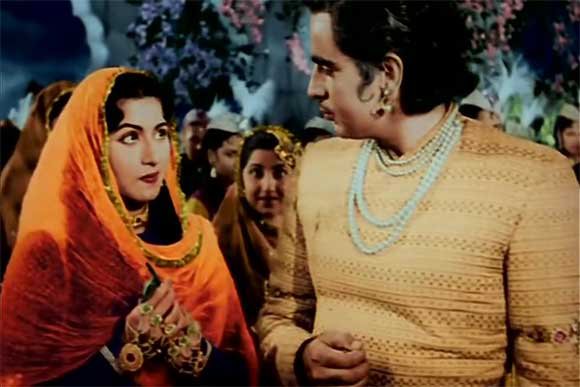 From nearby, Salon, Naeem Ata Shah in his flowing orange robes and headgear often visited Mustafabad. Jaisi, who preceded Tulsidas, in the list of great poets of Awadhi, was an endless source of quotations. So was Tulsidas, whose correspondence with emperor Akbar’s premier courtier, Abdul Rahim Khan-e Khanan, on meter and structure of poetry one heard about later and which is something one would have expected more scholarship on.

To a most unexpected source I owed my acquaintance with the fact that Rahim, known for his dohas, wrote devotional poetry on Lord Rama in Sanskrit. The source happened to be Vishnu Kant Shastri, former Vice Chancellor of Banaras Hindu University, later Governor of UP. It always puzzled me how a man of such catholic interests – knew Jaisi as well as Akbar Allahabadi backwards – had actually emerged from the RSS stable.

If Jaisi’s flight of fancy can create so much mayhem, I shudder to contemplate the fate of the 1960 classic, Mughal-e-Azam in a similar circumstance. By today’s yardstick, that was the original, unadulterated case of “Love Jihad”. In fact, the settled conventional wisdom in the 1960s conceded Akbar’s victory at Haldighati. The national mood today has reversed the outcome of that battle in favour of Maharana Pratap. There have been suggestions that New Delhi’s Akbar Road be renamed “Maharana Pratap Road”. In other words, revenge with retrospective effect is in order. To give this trend a more contemporary twist, Vishwa Hindu Parishad has demanded that an FIR be lodged against Mulayam Singh Yadav for ordering the police to fire on kar sewaks in 1990. In that framework, it can be argued that producer K. Asif glorified Akbar’s love jihad. For that unforgiveable guilt, copies of the film must be consigned to the flames by way of historical revenge. Dilip Kumar, who played Prince Salim, is lying in coma, otherwise he could have been brought into focus of public ire with great effectiveness on the eve of key elections with a singular purpose – polarize and win the poll.

At a time when logic has been crowded out by a rush of non sequitur, some pundits have attempted common sense. It will not work.

The new cultural brigade destroyed the grave of Wali Dakhni who showered adoration on this land with such verses as:

(The lane where my beloved lives is like holy Varanasi;The yogi of my heart has made it his dwelling place.) The sentiments the poet represents did not deter the vandals seething with anger against past historical injustices.

Never will the bandish Munmohan Braj ke rasiya in Raag Paraj, steeped in Krishna lore, be sung better than by Ustad Faiyyaz Khan. They tried to desecrate his grave in Vadodara, regardless.

Rasoolan Bai’s plaintive appeals to Rama, in so many of her songs, did not protect her house from being gutted during the 1969 Gujarat riots. It did not matter that the Congress was in power then. What is being tapped into is something which gained a lease of life after Partition and which invites instant, angry, passionate revenge at the street level. In his very first speech in Parliament after the 2014 elections, this was precisely the nerve Narendra Modi touched: “the nation has to recover from the subjugation of 1200 years”. This is what differentiates the present government from previous regimes. Congressmen may have privately believed in “1200 year of subjugation”, but they considered it tactically proper to speak only of the British as foreigners.

Let us, meanwhile, revert to Jaisi’s purpose in Padmavati. The sentiment is common in western poetry too.

The “desire of the moth for the star, of the night for the morrow.

The devotion to something afar from the sphere of our sorrow”.

Shelley’s lines are an ultra simplified version of the interplay between love and beauty which Jaisi is delineating. Padmini and Khalji are secular symbols of Jaisi’s elaboration of the theme on an epic scale.

Keat’s “Beauty is truth, truth beauty, that is all ye know on earth and all ye need to know” can also be tossed in to simplify communicating Jaisi.

(Love’s purpose is adoration of beauty.

Gains and losses I do not measure.)

Should the ever-expanding tribe of the new cultural warriors run out of ideas, here are some on offer, gratis. They should denigrate with retrospective effect those Muslims who dared to take liberties with Hindu gods. Remember, how India’s greatest modern painter, Maqbool Fida Hussain, was forced into exile for his supreme guilt: excessive adoration of goddesses. His “adoration” was considered lewd by the protectors of culture and faith.

Well, in like fashion, Maulana Hasrat Mohani deserves to be shamed retrospectively. He wrote a great deal about Krishna in Urdu, but in his Bhasha or Braj verses he takes liberties:

(Krishna teases me all the time)