Rewriting of History and Sectarian Nationalism

With the Hindu nationalist BJP in the seat of power an exercise in History writing is being undertaken on lines parallel to what was done in Pakistan. So far we did keep hearing loudly about the communal version of medieval history, where villainous foreigners, the Muslim kings attacked India, spread Islam and destroyed Hindu temples. The latest sample of this version is seen in glorification of Rana Pratap as a great Hindu nationalist, freedom fighter etc. Lately it is being said that he had defeated Akbar’s army in Haldighati! So far there already are projections of the theory that Aryans, from whom Hindus are supposed to have derived their lineage, were the ancient natives and that Harappa Mohenjo-Daro were part of Aryan culture!

Now to put seal on “Hindu first” version of history the Modi Government has appointed a committee; the aim of which is to work on these lines so as to prepare a report which will from the base of syllabus of the school books. The panel is referred to in government documents as the committee for “holistic study of origin and evolution of Indian culture since 12,000 years before present and its interface with other cultures of the world.” Mahesh Sharma, culture minster announcing the panel said this that the long taught version that people from central Asia arrived in India much more recently, some 3,000 to 4,000 years ago, and transformed the population needs questioning.

In this panel one aspect which is the major focus of study is the ancient Indian History, the origin of Aryans. So far various versions have prevailed. Jyoti Rao Phule attributed the coming of Aryans as the invasion, which led to oppression of low caste here. Lokmanya Tilak went by the theory that Aryans, the people of superior race had come from Arctic zone. In succession; RSS’s second Sarsanghchalak, by now aware that if Hindu superiority and exclusive ownership of this land is to be asserted, Aryans have to be presented as the natives, did not want to contradict Tilak still wanted to claim on Aryans being ‘Original natives’, went on to say that yes Aryans did come from Arctic zone, but lo and behold, Arctic zone was earlier located in our Bihar and Orissa areas and later shifted to north through the movement of the land mass!

The primary source for theories of Aryans in subcontinent has been the study of Indo-Aryan languages and the major current theory has been that there might have been series of waves of migration, through which Aryans came here. The remains of Indus valley, Harappan and Mohanzo-Daro (H-M), culture show that this was an urban culture. Vedas, major source for understanding Aryans; reflect the nomadic village life contrary to Indus valley culture. Horse seal, symbol of Aryans, has been concocted in this area to show its Aryan origin. As such horse seal in Indus valley civilization has been very questionable.

There are various genetic studies which have showed the migration of people from Western areas. Now with a prime mandate of ‘Hindu First’ the committee has been asked to prepare a report. Why this wasteful exercise in the face of the pressing problems all over? Eric Hobswam has pointed out ‘History is to Nationalism, what poppy is to opium addict!’ The sectarian nationalism always wants to take its history as back as possible to strengthen its claim of exclusive control over the land. In Pakistan the marginalization of Hindu minority has run parallel with the theory that Pakistan was formed with Mohammad bin Kasim winning over Sind. In their syllabi all Hindu Kings are missing, the role of Indian National Congress, Gandhi and Nehru are missing. Here in India Hindu nationalists begin with a political assertion formulated by Savarkar that all those regarding this land as ‘holy land and father land’ are Hindus. So logically the ancient lineage has to begin with Hindus, irrespective of the fact that the word Hindu itself came into vogue in eight century. 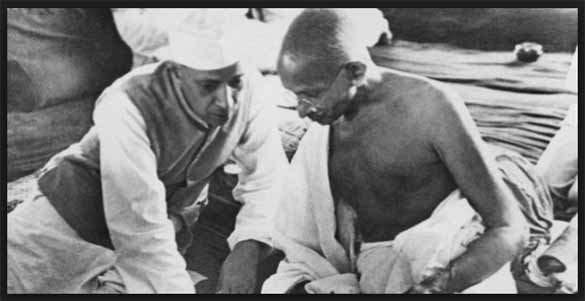 It is remarkable that leaders of Indian nationalism, Gandhi (in his book Hind Swaraj) and Nehru (in his classical book Discovery of India), saw the country belonging to people of all religions, the interaction between religions giving rise to a syncretic plural culture, giving rise to aspects of unity in diversity. The cultures interact, influence each other and change over a period of time, all the time. This is what came out in the very significant UN document ‘Alliance of Civilizations’. For Academic interest the genetic studies have already shown that the birth of Man begins in South Africa, from where the sections moved all over the globe, debunking Eurasian origin theory. The interaction of culture is not one sided, it is a process taking place over time and evolving. The UN document concludes that all the societal progress has been due to the interaction of cultures. This is the view of inclusive Indian Nationalism as well.

In Hindu nationalist view, which is being espoused by Modi and company for this panel, the ‘Hindu first’ is the starting presumption. It can be understood that all observations-results of this panel will be guided by that dictum. The construction of past for present political goals is with the aim of deriving legitimacy to suppress and marginalize those who do not fit into their definition of Hindu, or to force everybody to adopt Hindu norms as defined by them. Indian Constitution correctly begins with ‘We the People of India’, here from within the belly of this profound statement, ‘We the Hindus’ is being gradually made to dominate. This is a foil to Hindu nationalist ideology, on lines of what Muslim communalism did in Pakistan. There is surely a convenient ‘pick and choose’ aspect from the past which gives foundation to sectarian nationalisms. The focus for these is to prove lineages of the past, which in any way should not matter in a democracy. Sectarian nationalism goes along with sectarian and exclusive mind set; which is the root of divisiveness in the society.