What is India heading for?

What is India moving towards? What is not at stake here today? What can one say about political claims made about the so-called coming of “Acche Din,” that is “Better Days?” What is not being abused in today’s phase? How much are even the constitutional rights and freedoms of citizens really being respected? To what degree are those holding political power really showing respect for the responsibility they are supposed to live up to? Perhaps, endless questions can be phrased given the dismal circumstances most Indian citizens seem to be facing in today’s phase. Be it on ground of their religion, caste, class or simply any socio-economic issue, it would be erroneous to assume that the common people are heading towards a brighter and better future. 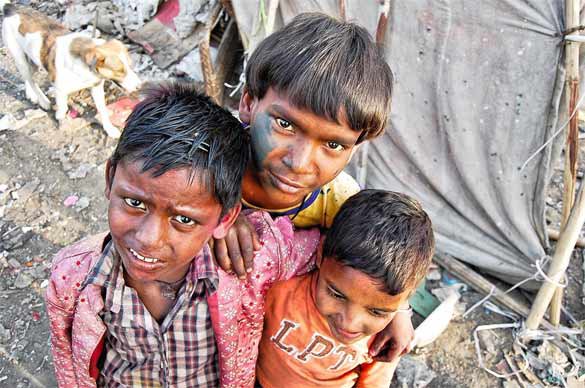 Rather, it seems that social tension is deliberately aggravated to turn people’s attention away from the economic problems they are facing and more severe ones that they are heading for. It may be noted, reference to social tension here includes communal issues touching religion as well as abuse of fairer gender, including minor girls. It is a hard reality that attempt is made to add a religious colour along communal lines whenever people as a whole seem agitated by crucial socio-economic issues. It is as yet too early to state as to whether attempts to spread communal tension as well as divert people’s attention from socio-economic problems bothering them is likely to prove politically beneficial for those in power during elections, state as well as national.

There is, however, no doubt that gradually but definitely people are coming to terms with reality staring at them, specifically along economic lines. At the same time, it would not be wrong to state that democracy and freedom are facing greater threats than they probably did before the country secured independence. What else is suggested by the ease with which freedom of media appears to have been targeted? Murder of a few journalists is just a symbolic indicator of this hard fact.

Against this backdrop, it is difficult to accept claims made about better days ahead for citizens. In fact, given the speed with which steps are being taken to privatise higher education and polarise India along communal lines, the situation appears to be turning from worse to more worse. Unfortunately, most citizens are still not aware of what does government’s educational drive spell for studying in colleges and universities. The speed at which the central government is moving towards according “autonomy” status to colleges and universities also implies withdrawal of government funds to aid these educational institutions. The primary source of funds for running these would then be raising fees of students. As is well-known, fees demanded by private educational institutions is already out of reach for the majority of Indians. Nevertheless, till recently there remained some hope for them to secure higher education from institutions aided by government. But now, this is also destined to become out of reach for the majority.

Let us accept it, if the process of steep hike in fees continues as feared, India is least likely to have sufficient graduates and post-graduates in the coming years. Even today, each family, lower, middle or upper class remains hopeful of their descendents moving further in life than they have. But if, even after taking loans and all, prospects of their securing higher education do not prevail, how would they?  Paradoxically, hardly any importance is being given to propagating steps being taken to privatise higher education. It is indeed quite astonishing. In comparison, the central government is sparing no effort to advertise its cleanliness drive. Yet, the country is still nowhere near the goal of toilets having been constructed in each and every home in rural as well as urban areas.  If this situation continues, more so if flaws in the education drive are not corrected before it is too late, the goals set for the cleanliness drive are likely to remain limited.

Besides, the leaders need to go beyond keeping the country litter-free in their cleanliness drive and talking of better days while focusing on autonomy of colleges and universities. At this point, it would not be wrong to draw attention to the increasing number of communal incidents and rape incidents, with the primary motive being to target minorities and/or secular Indians. What value does any cleanliness drive really have, when substantial importance is not given to cleanse certain section’s mind and consciousness of wrong (culturally unacceptable) values which they may be promoting? Sadly, some political leaders also fall in this bracket. Not surprisingly, one is forced to contemplate on the efficacy of the nature of importance being given by the present government to its cleanliness and educational drive. While educationally, it is moving backwards, the country has yet to go a long way before it can claim to be clean at all levels. So, at present and in coming days, what kind of “Acche Din” is the country really heading for?