Attempts Being Made to Puncture India’s Secular Image!

Maybe, it is time the respected Prime Minister gave some importance to cleanliness drive at another level. Yes, this refers to India’s image being tarnished at various levels primarily by elements linked with the saffron brigade. Let us accept it, in the present age, even a minor communal incident and/or negative news of any kind is likely to receive immediate coverage in most parts of the world, particularly countries, governments and media keeping a close watch on India. Undeniably, the unfortunate case in Aligarh Muslim University (AMU) is not suggestive of all educational institutions, particularly those with a minority image, having been targeted. 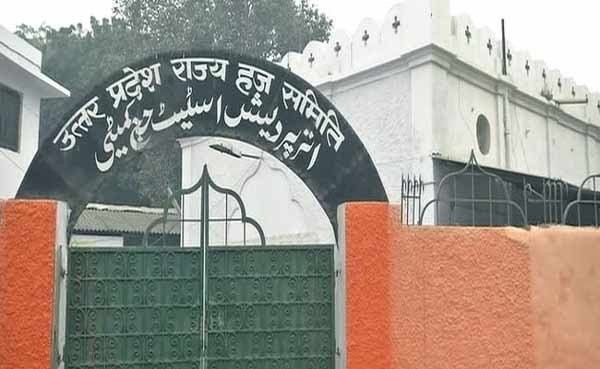 But that AMU has been targeted by right-wing elements needs to be paid serious attention. The question is not linked with the latter questioning display of a particular person’s (Jinnah’s) portrait or something else. Violent action taken on this issue, inflicting injuries and damages, is not at all justified. In fact, the nature of this action only suggests that these elements were more particular about indulging in such destructive behaviour than in whatever reservations/objections they may have had regarding Jinnah. Of course, the nature of state government and other factors probably encouraged them to display such negative attitude. Now, whatsoever objection/reservation any person and/or group have to any institution, group or person’s practice of any kind, do the former have the right to indulge in any kind of destructive behaviour to display their rejection? Definitely not.

But the nature in which these elements have indulged in such behaviour now and then, only suggests that they appear to be unduly and overtly confident about their authority to target whom they wish to and when they choose to. It is disturbing that they appear to have the authority to exercise this nature of destructive action. What should this be viewed as? Whatever be the nature of their objection regarding Jinnah-issue, it is amazing that they did not consider taking any legal action on it. Of course, this regards deliberation on from what angle these elements perceive that they have the “authority” to impose their perceptions on others (people, institutions, etc). Also, it is fairly obvious that they appear to have no respect for law and order as well as humane values. It may not be wrong to deliberate on factors responsible for failure of state authorities, including the police, to check these elements from indulging in such action.

Undeniably, presumptions may be held about concerned authorities having deliberately chosen to keep a low profile when these elements indulged in destructive behaviour. In this context, prior to blaming the police for inaction or lack of immediate action against these elements’ destructive behaviour, some attention must be paid to the fact that they (the police) were perhaps not adequately prepared for such violence. After all, noise was suddenly raised over Jinnah-issue. And this raises questions about the timing of their destructive action. Was it deliberately planned to spread communal tension in society, increase polarization along religious lines and so forth as a part of their political agenda, electoral campaign for assembly as well as parliamentary elections? It is possible. The hard reality is that these elements still remain confident of the electoral value of their communal agenda.

The preceding point can be linked with several other issues. It may be noted, recently the chapel (a religious place for Christians) in Delhi University’s St Stephen’s College was defaced. It is yet to be investigated as to who painted the chapel’s door with the Hindi line, “Yahan Mandir banega” (A temple will be constructed here). Clearly, this was a means of spreading the message of what is known as saffron brigade’s Hindutva-drive. There is nothing new about the existence of the chapel in St Stephen’s College. But, prior to this, it has not been tampered with in this manner. When considered from the electoral angle, socio-political significance of this vandalism cannot be de-linked from the chaos caused in AMU.

The same may be said about the hype raised recently by a state government about Muslims offering namaz in open places in a town near Delhi. In areas where there are no nearby mosques, Muslims offfer Friday and Eid prayers in open places, usually parks. The practice of their offering these prayers and then dispersing to their respective work places and/or homes has prevailed for a considerable period of time. However, to date, it has not been questioned in the manner it has been recently. Of course, numerous other religious practices do take place in open places. Perhaps, prior to asking Muslims to stop offering namaz in open places, the government should ensure construction of mosques and/or earmark certain places where they may offer their prayers. If the government has not considered this aspect till now, it is time it did. Unless, of course, it is not willing to as its stand regarding namaz issue is also a part of Hindutva-drive displayed by extremist elements. The temporal linkage between these cannot be ignored. Nor can attempts being made to tarnish India’s secular image worldwide!