Balakot: Nailing lies in the name of national security

The Balakot segment of the recently concluded Pulwama-Balakot-Naushera episode in India-Pakistan relations is having an afterlife in the opposition political parties questioning the ruling party’s usurpation of a military feat for political ends. All they are asking is to be taken into confidence as to the damage done to the Jaish training facility at Balakot that was supposedly hit by the Indian air force on 26 February, ostensibly to preempt a terror attack in various places across India. 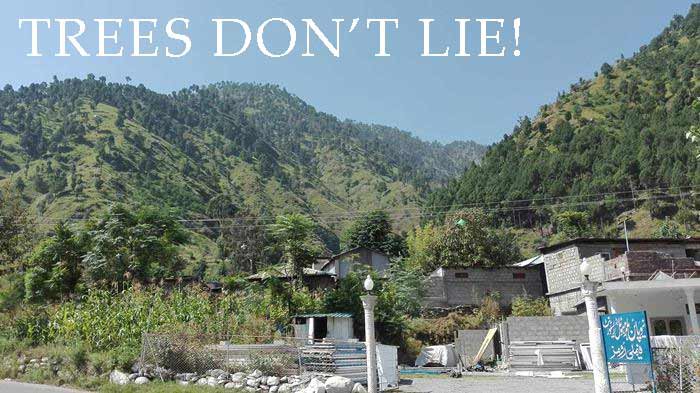 The toll at Balakot has varied from 300 initially to 25, the latter reportedly settled on by Ajit Doval, the national security adviser, in his briefing to the cabinet. A ruling party honcho placed it at 250 at an election rally, steaming up the political counter on where the figure came from. A ten-fold increase from Doval’s figure cannot but be politically inflated, calling out for being dubbed as a lie.

That lies have figured in the past in the ruling party’s election run up was in the campaigning in Gujarat assembly elections when no less than the prime minister appeared to suggest that his predecessor, along with some diplomats and former generals, was conspiring with the Pakistanis using a party in Mani Shankar Aiyar’s house as cover. This time lies cannot be allowed to fly.

The official figure in the foreign secretary’s verbiage – ‘a very large number of JeM terrorists, trainers, senior commanders and groups of jihadis who were being trained for fidayeen action were eliminated’ – is hardly any closer to the truth as it has emerged since. A government lying to the people for the sake of votes needs a democratic backlash.

The consequential point, however, is not on the casualty figures. The point is on the ruling party’s claim of a gutsy decision to take out the Jaish facility that was within Pakistan through an air strike. This claim needs deflating, since the ruling party – and its lapdog media and support base in right-wing formations – has gone to town with it. Their case is that Narendra Modi is a potential warlord to whom national security is best entrusted.

Firstly, the reports on the orders to the air force have it that these were considerably restricted, allowing for the targeting but not through crossing into Pakistani airspace. It was the derring-do of the air warriors who wanted to ensure success that led to their air intrusion of some miles into Pakistan-Occupied Kashmir for bomb release.

In case the bombs did not find their mark, it is not on account of military incompetence, but to three reasons, none particularly useful for the ruling party’s showing on national security. First, it could be faulty coordinates provided by the intelligence agencies on the target. Second could be faulty equipment from India’s defence partner Israel, which provided the technology for the bombs to find their mark. Last, the restriction on the air force to stay on own side of the Line of Control for political reasons – so that none got shot down and impacted Modi’s reelection chances – interfered with a successful strike.

Secondly, the decision itself was rather timid. While the Pulwama terror attack attributed to the Jaish put it in the cross-hairs: Modi did not have the gumption to target the overall coordinators of the Pakistani proxy war in Kashmir, its army. Instead, India went after the instrument of the Pakistan army, the Jaish. Even as it did so, it did not have the guts to call the strike by its real name, resorting to subterfuge in absurdly calling it a ‘non-military action’.

India’s expectation was to take out a gathering of budding terrorists at the Jaish facility, one that is known as a madrasa, implying that India was not averse to killing seminary students alongside. The acceptability of such targeting cannot, therefore, be conceded without question in a civilized society that is not quite under war conditions that may have made such an strike legally, strategically and morally acceptable. The new-found vocabulary – borrowed from India’s strategic partner, the Americans – makes the situation in Kashmir appear as a quasi-war, called a hybrid-war and a gray zone in a recent army publication, Land Warfare Doctrine 2018. It perhaps allows the government to target civilians and children on the pretext of taking out potential fidayeen in their midst.

Clearly, India’s diplomats are not so unlettered. It is, therefore, an insertion by someone the foreign secretary reports to. It is no secret that the foreign minister has been more or less missing in action for reasons other than poor health all through her tenure, making her presence felt only on twitter addressing a constituency largely in the diaspora. Interference from their operational master in the current national security set up, the intelligence czar, Ajit Doval, can be inferred.

Last October, Doval displaced the cabinet secretary as the head of the Strategic Policy Group in the national security system in order to oversee the national security review. He had earlier been appointed as the head of the defence planning committee in April that was to come up with the review. It is in a multi-hatted capacity that Doval needs to bell the cat on national security. Any shortcomings must therefore be laid at his door. It needs no reminding that he is a political appointee in an appointment - national security adviser - that is in contravention to the spirit of parliamentary democracy. It is a step in the direction of a presidential system preferred by Modi, gauging from his manner of campaigning and conduct of business in his cabinet and government.

This is not for the first time that the foreign service has had its drafting under cloud owing to political interference. The last time such gaffe happened, a diplomat mourned: ‘The professionals in South Block couldn’t have drafted such a crude statement.’ He was referring to the phrasing of the statement overturning an earlier decision to take up newly elected Pakistani prime minister Imran Khan’s offer of talks at the foreign minister level on the sidelines of the UN General Assembly last year. The crude wording in question, doubtless an imposition on the diplomats, was: ‘The true face of the new Prime Minister has been exposed within the first few months of him taking office. Any meeting with Pakistan is not conducive in this environment.’

It is obvious that such preemptory behavior with Pakistan contributed to the conditions leading up to the Pulwama terror attack. It is clear that Adil Ahmad Dar, the Pulwama car bomber, was no lone wolf. He had contextual support from the Indian side in its policies towards Pakistan and in Kashmir.

This time round, the insertion has been in the intelligence input on the imminent attacks across India by fidayeen under training at the targeted Jaish facility. Firstly, if they are under training, it cannot be an imminent attack. If the attack(s) was (were) not imminent, then it puts Indian preemptive action afoul of international law that is permissive of anticipatory self-defence only under severely restrictive conditions. Therefore, India’s military action, absurdly phrased as “non-military,” was not preemptive, but preventive, in line with the American interpretation of international law that has no takers as customary law in the international legal fraternity.

Secondly, only a few could qualify as fidayeen, with most madrasa students there targetable merely for being outside the formal schooling system in Pakistan due to poverty and other reasons.

Thirdly, the targeting risked a ‘CNN ambush’, in the form of bodies of youth being carted away from the rubble. It would have led to a reputational loss for India, something it appears Modi was willing to chance to profit electorally.

Most significantly, the cover of a wider attack on ‘various parts’ of India enabled Modi and his ilk to get on to their favourite hobby horse, targeting India’s Muslims as the potential providers of support for such a diabolical plan attributed to the Jaish. Whereas it is possible to envisage such a plan for Kashmir, it is but a tarring of India’s largest minority for internal political purposes of the right-wing to claim that the Jaish can target various parts of India. No such thing is possible since the Indian Muslim community, implicated in the subtext as a potential support base for such action, would not have it. This is testimony to the success of the political project of Hindutva and its othering of the minority, in which linking it with terror was the leitmotif.

Therefore, it is yet another lie in an official statement of this government that needs an unceremonious outing. The foreign secretary read out this nonsense, rather than resign. It is but an indicator to the extent institutions have fallen under this government. The only way to salvage India is to rescue it from another five years under the Modi-Doval tutelage of its national security.

The author is an independent strategic analyst who blogs at www.ali-writings.blogspot.in