Islamic Finance (and its succinct implementation in a conventional, interest-based financial milieu) is an infantile field in many non-member countries with sizeable Muslim population, India being one such country. Prominent Islamic Finance activists (both individuals and organizations) have been trying to create recognition and make an impact in the implementation of Islamic Finance in India since decades. However, many such initiatives have not been able to succeed due to various reasons, primarily because of the antagonistic socio-economic and political conditions in India. Despite this, many local and national Islamic Finance initiatives have become popular in India during the recent years. So much so that a committee headed by Raghuram Rajan, the former Governor of Reserve Bank of India (the central bank of India) had persuasively recommended the introduction of Islamic Banking in India in 2008 “after considering "the wider and equal opportunities" available to all citizens to access banking and financial services.” Quite unfortunately; however, the committee’s recommendations to introduce Islamic Banking was turned down by the then Central Government of India [Reference]. Islamic Finance initiatives by Islamic Finance activists in the country still continue as far as they can be executed in the existing financial ambience and legal structure of the country. 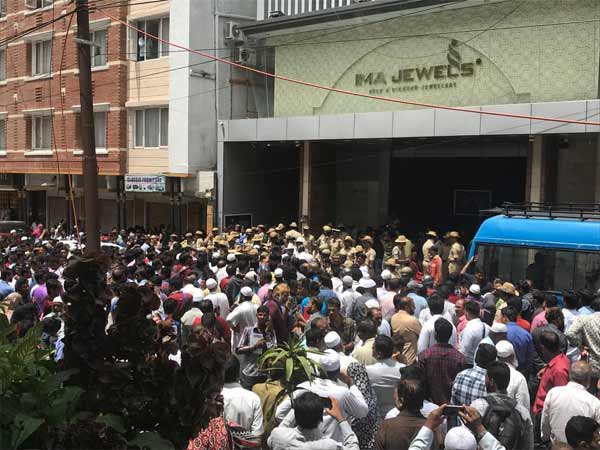 Recent years; however, have seen quite a few setbacks in the Islamic Finance initiatives, with many financial initiatives that were being run under the garb of Shariah-compliant businesses being eventually discovered as Ponzi schemes. Some of these prominent schemes that have received considerable limelight include Heera Gold, Ambiant Marketing, and I Monetary Advisory (IMA). While Heera Gold and IMA primarily traded in gold and silver, Ambiant Marketing was involved with trading in cryptocurrency. IMA is the latest in this fracas of Ponzi schemes; and what makes this case specifically peculiar is the fact that many ulemas and Shariah advisors across India are still shying away from declaring it as Haram and Ponzi. Investigations by government as well as independent authorities have revealed the bitter fact that IMA did not even have a Shariah board to begin with, and often used non-Shariah compliant statements in its marketing resources. For example, despite claiming to be a Shariah-compliant investment avenue, IMA had promised a fixed minimum return in one of its brochures (which goes starkly against Shariah compliance). The promoters of IMA later deemed to have retracted the statement, claiming ignorance about fixed returns being against Shariah. This evidently highlights a very crucial concern of stark misuse of the concepts and of impressions of Islamic Finance and Shariah-compliant investments for personal gains. Eventually, this has led to an acute lack of confidence of Shariah-compliant investments and Islamic Finance in general among the investors. Imagine an organization claiming to be operating as Shariah compliant and then claiming ignorance about a principal Shariah compliance aspect!

This combined with the fact that there is a severe lack of regulatory and control mechanisms to check and balance the activities of people and organizations claiming to offer Shariah-compliant investment options. Ponzi schemes have been able to flourish under the garb of Shariah compliance and Islamic Finance largely because of two primary reasons – lack of Islamic Finance knowledge among the general investors and lack, or rather unwillingness, of ulemas and the larger Islamic Finance advisory in India to create a unified platform for ensuring fair play for organizations claiming to offer Sharia-compliant investment options. Many of these Ponzi schemes have been able to gain investor confidence simply by unethically capitalizing on the emotional appeal associated with Islamic Finance and Shariah compliance. It may be noted that some of these Ponzi and non-Shariah compliant schemes may have been perfectly complaint with the financial legislations of the country (at least apparently); however, they were still able to operate for a long time under the banner of Shariah compliance despite their Haram overtures because of this emotional appeal. Therefore, the responsibility of identifying and diagnosing the Ponzi and non-Shariah nature of such schemes largely rested with the local ulemas and Islamic Finance advisory in India.

A country with a sizeable Muslim population like India demands a central Shariah-Compliance Certification platform that offers to keep a strict and meticulous control over the activities of organizations claiming to offer Islamic Finance and Halal investment options. Lack of sectarian unity among the Muslim investors, and the ulemas alike, has also inhibited any attempt or willingness to create such a platform that can act as a central coordination point to maintain the right checks and balances over the Islamic Finance activities in India, as well as to endorse the ones that are complying with Shariah. This initiative is very important to regain and retain the confidence of general Muslim investors in India.

Such an initiative; however, can succeed only if spearheaded by a joint leadership committee of representatives from all leading Islamic Finance activist groups in India. As a basic prerequisite, the committee members must be committed to shun individual and sectarian disagreements and to unite under common terms for the larger interest of the Muslim Indian investor community. This Shariah-Compliance Certification platform initiative doesn’t have to be a charity work. The Certification board or platform can device a robust framework defining the fees and frequency of getting and renewing Shariah-compliance certificates to ensure that the board is self-sufficient and not dependent on Zakah proceedings or other similar charity donations (as is the case with the rotten insignia of our Madarsa system).

Indian Islamic Finance activist groups may also approach and consult with recognized International organizations like Islamic Development Bank (IsDB) or Islamic Financial Services Board (IFSB) to formulate such a Shariah-compliance certification framework. India has to its credit of being one of the countries with largest Muslim population in the world (roughly around 11% of the world population). An initiative on this front to create a central Shariah-compliance monitoring and endorsement (or certification) platform from such international organizations (in coordination with the local Islamic Finance advisory) will not just ensure investor confidence, but also prove to be a supplementary line of business for these international organizations.